Looks back at last 10 months 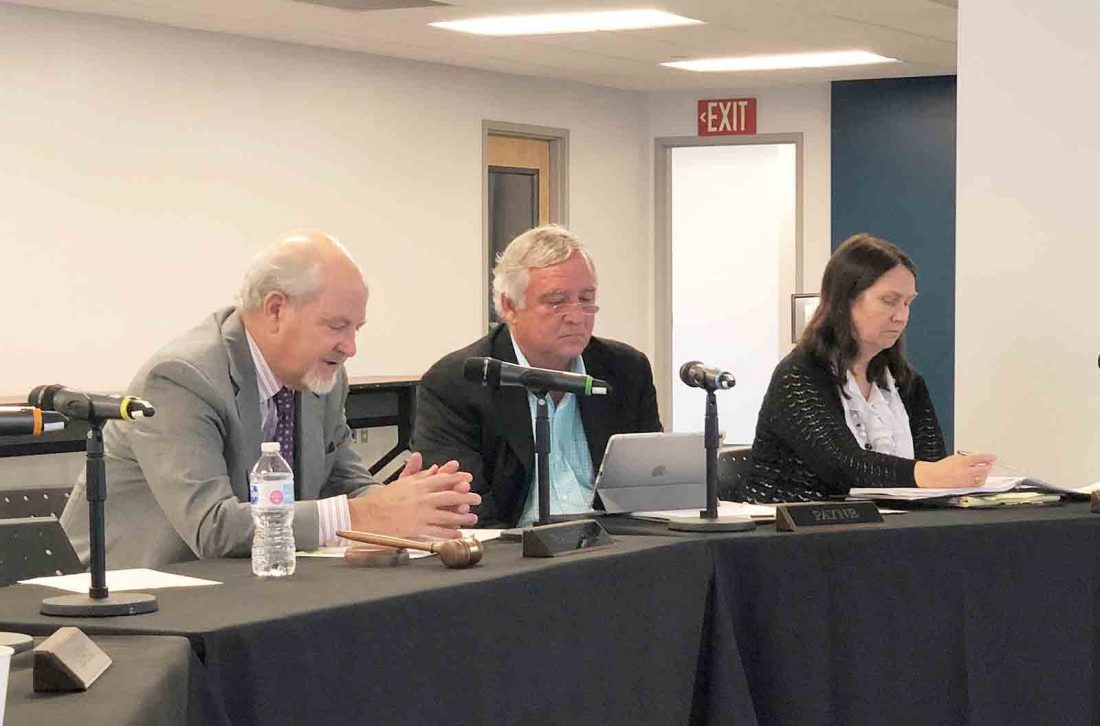 Commission members met at the West Virginia Regional Technology Park in South Charleston, where commission Chairman Michael Farrell remarked on the last 10 months that saw a fight for the existence of the HEPC itself.

“When we finished the (legislative session) and someone asked me ‘how do you feel,’ I said I feel great because you’re still talking to me. We weren’t supposed to exist,” Farrell said. “I am very hopeful and actually encouraged having gone through this process this year that we have the opportunity to make a significant difference and this time next year we’ll be in a position to advertise, recruit, and hire a full-time chancellor.”

Commissioners selected Sarah Tucker, the chancellor of the West Virginia Community and Technical College System, out of a list of seven applicants and three finalists for the HEPC interim chancellor position. Tucker previously served as the director of planning and research for both agencies. She will continue to lead both organizations.

“I am gratified by the commission’s confidence in me to lead both organizations,” Tucker said in a statement. “There is much work to be done and I believe that both the commission and the CTCS are up for the challenge.”

Tucker replaces Carolyn Long, whose last day as interim chancellor was Friday. She will return to West Virginia University Institute of Technology in Beckley, where she served as campus president since 2011. The commission approved a resolution thanking Long for her service to the HEPC.

“Carolyn Long tirelessly fought for the continuing existence of this entity for higher education,” Farrell said. Despite all the controversy we heard and read about as to how Carolyn came to be our leader, she did meet that challenge. She made a difference. She was my friend before. She’s my hero now.”

Long was appointed interim chancellor July 10, 2018 shortly after the formation of the Blue Ribbon Commission on Four-Year Higher Education by Gov. Jim Justice.

The HEPC has been without a permanent chancellor since July 2018. Former Chancellor Paul Hill announced his impending retirement more than a year ago.

A nationwide search for a new chancellor was canceled after the creation of the Blue Ribbon Commission June 29, 2018. During the July HEPC meeting that saw Long become interim chancellor, Hill took a six-month sabbatical and continued to receive his chancellor salary until January of this year.

The search for a permanent HEPC chancellor remained on hold while the blue ribbon commission worked on improving the higher education structure, creating efficiencies and cost-savings to preserve some of the smaller four-year, schools, helping colleges collaborate and share resources, and easing regulatory burdens. Instead, the blue ribbon commission, under the direction of co-chairman and WVU President Gordon Gee, started looking for ways to eliminate the HEPC completely.

The blue ribbon commission’s governance subcommittee started working on plans to dismantle the HEPC, including draft legislation introduced during the 2019 legislative session to replace it with a more-limited Office of Postsecondary Education. The bill was never taken up in the House of Delegates and was never introduced in the state Senate.

The effort by Gee and Drew Payne, the chairman of the Blue Ribbon Commission’s governance subcommittee and a HEPC commissioner, put them in conflict with Farrell, who also served on the blue ribbon commission. Farrell said he was pleased that lawmakers saw the value of the HEPC.

“Through these years, from 2001 to the present, the Higher Education Policy Commission has been the guardian of accountability,” Farrell said. “The Legislature and numerous individual legislators have come to me since the session and thanked me for the efforts of Carolyn…and the others who contributed in explaining the concept of accountability.

The Legislature plans to study the idea of reforming the HEPC during interim meetings held monthly at the state Capitol. Once the outcome of those meetings and next year’s legislative session are known, Farrell said the HEPC will once again look for a permanent leader.

The HEPC is also putting out notice for a new legal counsel starting Sunday. The commission hasn’t had a permanent legal counsel since Bruce Walker walked out of the July 2018 emergency HEPC meeting that chose Long as interim chancellor. Walker left the meeting after commissioners hired Long against his advice.

According to state code, the position of interim chancellor does not exist. Code requires the commission to conduct a nationwide search for a new chancellor. It also says the potential chancellor can’t have biases toward state colleges and universities or hold an administrative position within state higher education. Walker resigned immediately after the vote was taken.