Photo by Doug Loyer Brian Anderson and Dr. Katrina Barnes won the Fan Favorite Trophy for raising the most money.

Photo by Doug Loyer All eight doctors and their dancing partners appear together on stage. 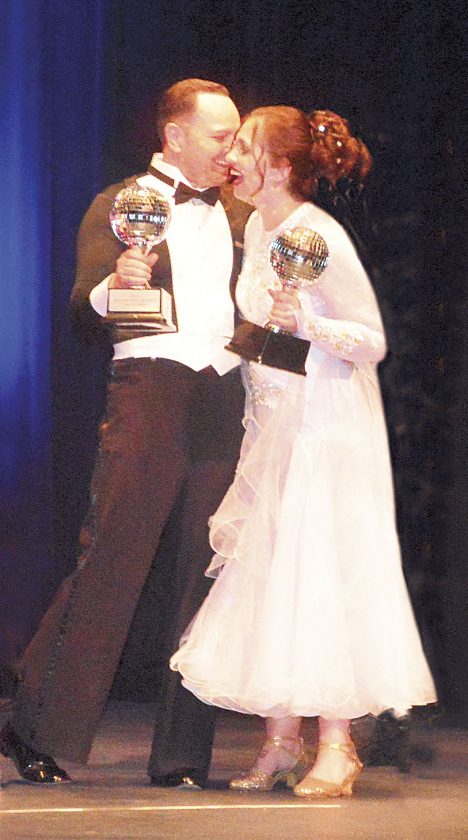 Photo by Doug Loyer Brian Anderson and Dr. Katrina Barnes won the Fan Favorite Trophy for raising the most money.

MARIETTA — It’s just what the doctor ordered … keeping in step with raising funds for the Ronald McDonald House Charities as the 4th Annual Dancing with the Docs was held Saturday evening at the Peoples Bank Theatre in Marietta.

Performed before a sold-out auditorium of nearly 1,000 people for the fourth straight year, the fund-raising event was presented by McDonalds of Marietta and sponsored by Marietta Memorial Hospital and Peoples Bank

Dancing with the Docs’ goal is to raise funds to benefit Ronald McDonald Houses in Columbus and Charleston. Created in 1974, Ronald McDonald Houses are in 66 countries world-wide. These houses serve as an oasis for families by providing all the comforts of home when they need it most while being near the care that is needed. They can provide a warm, clean place to sleep at night, a home-cooked meal, laundry facilities and some much needed space for togetherness. When a family has a sick child, nothing else really matters than family being together for support. Ronald McDonald Houses makes that possible. 306 area families found a Ronald McDonald house as a temporary home in 2018.

Dancing with the Docs has become a fun annual event that features eight local doctors straying out of their comfort zones with the help of their dance partners to compete in a dance contest to raise money for a great cause. This year the event raised $58,300. Their four year impressive total is now over $239,000.

“Charity is near and dear to my heart,” said Laurie Strahler, owner of McDonalds of Marietta. “The community fully supports this event and the doctors and the instructors giving their time and effort is impressive! I really appreciate them. They amaze me!

Photo by Doug Loyer All eight doctors and their dancing partners appear together on stage.

The Peoples Bank Theatre serves as the perfect venue for Dancing with the Docs.

“Having community events like this to help organizations fund raise for worthy causes has always been part of the mission of this theater,” said Peoples Bank Theatre Executive Director Hunt Brawley. “This is a big deal. This is probably the only locally produced fund-raising event held here that gets up to this scale.”

Johnny Wharff of WMOA served as master of ceremonies. He said that he was honored to be asked to do it for the fourth year. Wharff said as a kid growing up in this community, he remembered the theater in a very different way and that it was nice to be on the stage and grace it like it used to back in the day.

Jill Ruff, Bill White and Gel Tracewell served as the three judges that decided the winner the Mirror Trophy awarded to the best dance duo and the Runner-up.

“This is the first time I’ve done this,” said Bill White, a member of the Ohio Arts Council. “The arts have proven time and time again to be critical to community growth and continuity. The arts in my opinion are forefront for almost everything that we do and this event is a great example of that.” 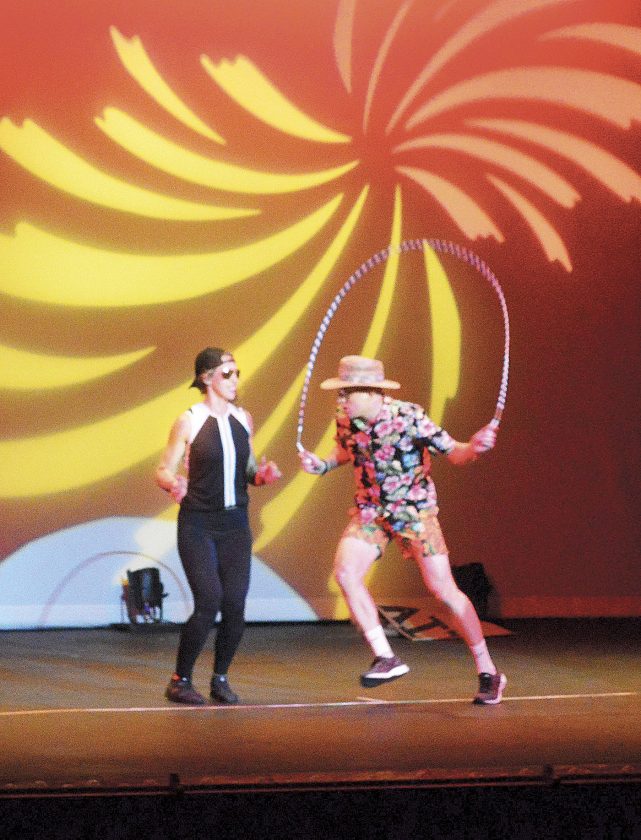 White said that the community is always strong and supportive of worthy causes and felt that the Peoples Bank Theatre serves as a wonderful catalyst for events like Dancing with the Docs.

This year’s winner of the Mirror Ball trophy was Dr. Allen McElroy and Jade Traugh with their “Singing in the Rain” dance made famous by Gene Kelly.

“All I wanted to do is raise money for the kids! That’s the only reason I’m doing this” said a surprised Dr. McElroy. “It’s a real honor. I’m a surgeon, not a dancer.”

McElroy said he was far out of his comfort zone but had an excellent instructor in Jade Traugh that made it possible.

Traugh said that they had been practicing for seven weeks. 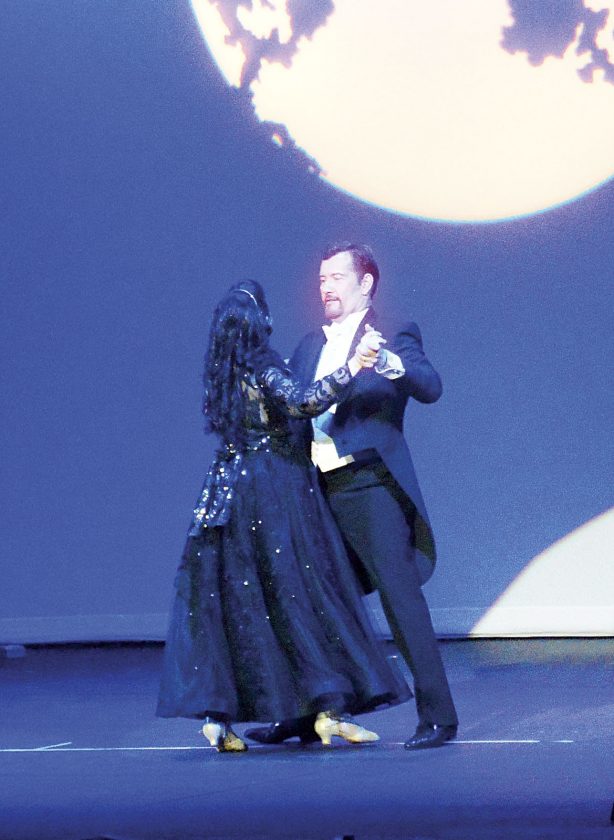 The Runner-up trophy went to the energetic duo of Dr. Tyler Hill and Cassie Swick.

This year’s “Fan Favorite Trophy” for raising the most money as a dance combo was Dr. Katrina Barnes and Brian Anderson that raised $6,442.

“We practiced really hard,” said Barnes. “This is a wonderful process to raise as much money as we can for Ronald McDonald Houses. When families have somebody that is sick, it’s a stressful time anyway. To have some of that stress taken away is beautiful.

Barnes knows that first hand. Her daughter was admitted in Columbus and said the Ronald McDonald House was beyond amazing.

“Everyone seems happy and excited,” said Brian Anderson, McDonalds of Marietta Business Manager and fourth year dancer. “This feels fantastic with the community support. It makes your heart feel good!”

Dr. Sarah Wescott and Andy Offenberger entertained with a jive dance. Wescott admitted she was excited about performing. It’s something she’s never done before and had to start from scratch but her instructor and dance partner Offenberger was great helping them prepare and achieve a great performance. She said that she knows first hand what Ronald McDonald Houses can do. They have done a lot for them in the past.

D. Austin Rehl, the 2018 Mirror Ball winner, and his wife Wendy were happy to perform a non-judged dance performance while judges were tallying up their scores. Rehl said that Ronald McDonald Charities is an amazing organization, providing families a clean place to relax while taking care of a loved one is a huge help.

Checking out the dancing entertainment was Kenny and Penny Weeks of Discount Signs & Awnings in Marietta. They felt that the event was awesome and wanted to get involved and donated all of the shirts that were for sale at the event with all of the proceeds going to the Ronald McDonald Charities.

“I just love this,” said Darlene Davis of New Matamoras who attended for the second year with her husband Jim. “I work for the Memorial Health System so I know a lot of the doctors that participate in this. They are awesome and I love watching them. You get to see a different aspect of them!”

Dancing with the Docs Participants: