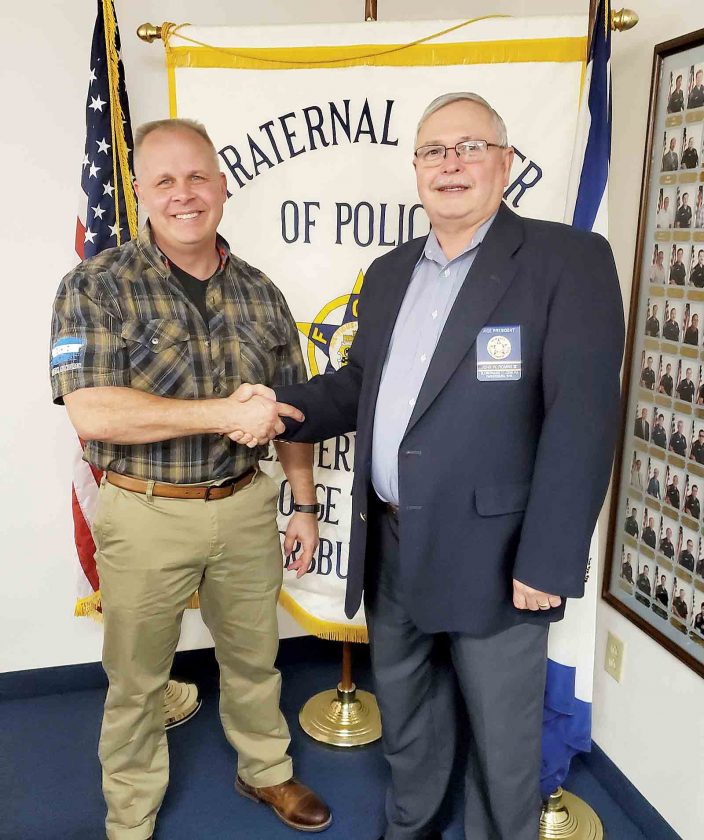 Stout is a 1988 graduate of Parkersburg South High School. In 1992, he earned a Criminal Justice Degree from WVU-Parkersburg. In 1994, he earned a degree in Police Science, Marshall University.

In 1994, Stout was a graduate of the 41st Cadet Class, West Virginia State Police Academy.

Stout, a two-time runner-up for West Virginia Trooper of the Year, said he has a lot of experience with the inner workings of the West Virginia State Police and although the city police, sheriff’s deputies and state police wear different uniforms, they deal with the same criminal element.

“We all deal in the integrity of our neighborhoods and keeping everyone safe,” he said.

Stout said that in 1991 when he first submitted his employment application in Parkersburg to the West Virginia State Police, he was one of approximately 4,300 applicants. He was not selected for the 40th Class but was hired for the 41st Class in which there were 1,200 applicants.

The last 10 years have not been good for law enforcement anywhere in the United States, Stout said. It is extremely important for the applicants to pass the physical fitness portion of the application process, he said.

Stout said unfortunately the number of applicants has currently reduced to practically no applicants. However, Stout said he believes it will swing back in the other direction in the next 1.5-2 years.

Entry level performance ratings have been reduced to hopefully attract more interest, he said. The training period required to become a trooper is approximately 46-50 weeks.