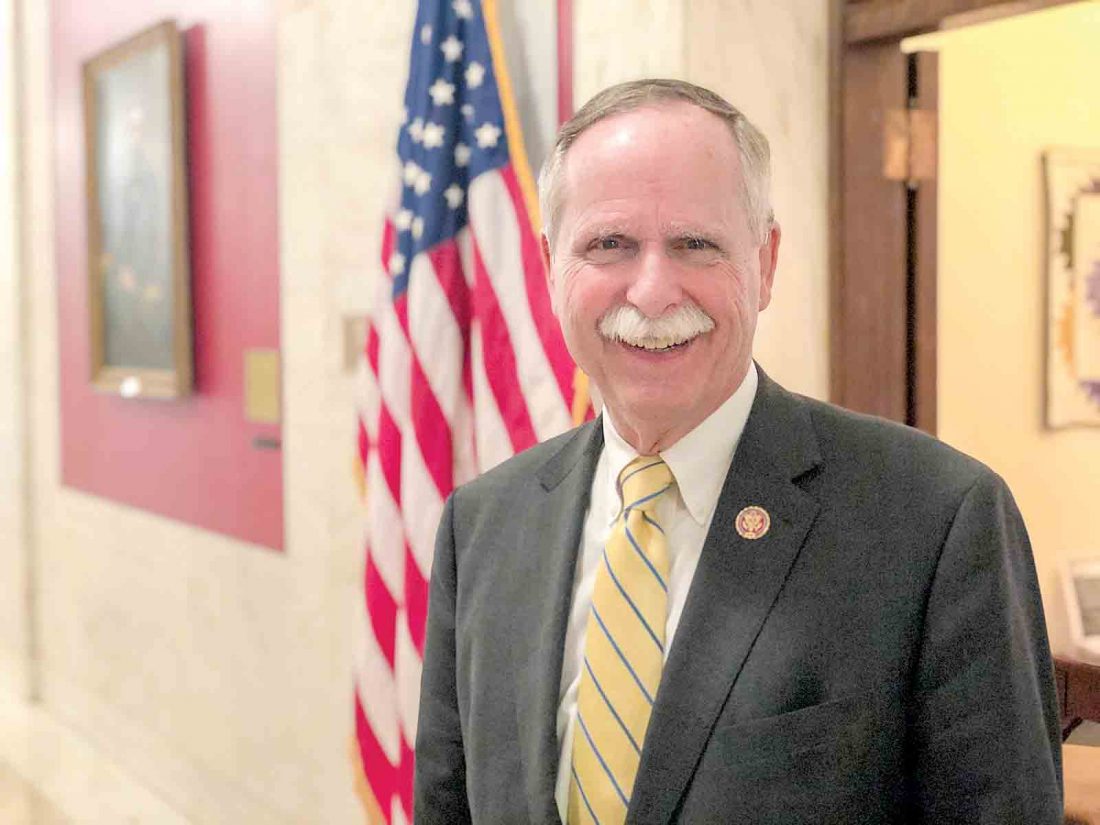 CHARLESTON — West Virginia’s 1st District congressman has spent much of March traveling his district and state hearing about the issues important to citizens and state leaders.

U.S. Rep. David McKinley, R-W.Va., spent the beginning of March in Charleston meeting with Gov. Jim Justice and members of the state Senate and House of Delegates, where he once served representing the people of Ohio County.

This week, the four-term congressman was back in the district learning more about the opioid epidemic, issues facing correctional officers, and ways to help get food to those who need it most.

McKinley said these are just some of the 300 meetings he has every year when he returns to the 1st Congressional District, stretching from Wood County in the west, Mineral County in the east, and Hancock County to the north.

“When we’re back in the district, we will hold meetings like we’ve been doing … because I think it’s important that we hear what is happening in the district to make sure they have a voice that we can share in Washington,” McKinley said.

“I think these entities and their mission of trying to protect our heritage is very important,” McKinley said. “They can use their ability to attract federal grants and money to be able to some economic development as well. That might even expand into broadband coverage in some areas that are otherwise underserved. Heritage areas have a key role in not only protecting our history, but also looking at economic development.”

On March 18, McKinley met with the staff of the Mountaineer Food Bank in Braxton County. While not in his district, the food bank delivers all over the state. McKinley is looking to take a pilot program he helped start in Ohio County when he was in the statehouse decades ago that took unused food from schools and prison and distributed the food to organizations with a need.

“I was having that conversation with the Mountaineer Food Bank because I wanted to see the pitfalls and what we could do to expedite this,” McKinley said. “Why are we throwing out food? Whether it’s school cafeterias or penitentiaries or jails, our hospitals, why are we filling up our dumpsters with food when we have people who are hungry? Our senior centers can benefit from that, our homeless shelters can benefit from that.”

McKinley would like to see a similar program at the federal level take unused food and distribute it to food banks and shelters. He wants to couple this with Good Samaritan legislation that would shield food banks from liability, and also provide grants for purchasing hot and cold delivery trucks.

On Tuesday, McKinley visited the WVU Medicine Center for Hope and Healing, a substance abuse residential treatment center that opened in Morgantown in February. The facility provides 30 residential beds and 12 detox beds and is looking to hire as many as 40 full-time medical professionals.

“That’s a pretty impressive operation,” McKinley said. “We’re trying to get to as many of these rehabilitation facilities around the state.”

McKinley said one of the drawbacks in the fight against opioid abuse is the lack of in-state treatment facilities. He hopes that more facilities like the one in Morgantown can open to help keep victims of substance abuse closer to their families and a support system to stay clean.

“It looks like now with the Ryan Brown funding there are numbers of facilities that are opening in West Virginia, this being one of them,” McKinley said. “Importantly, the people are staying in West Virginia. A lot of the success of these rehab programs is going to be where family can be with their loved ones. If someone has to go to Columbus, that’s a burden on the rest of the family.”

The House Energy and Commerce Health Subcommittee hosted a hearing March 15 to discuss two bills McKinley is a co-sponsor of — the CREATES Act and the FAST Generics Act. Both bills are aimed at preventing pharmaceutical companies from using the legal system to withhold providing generic manufacturers with drug samples.

“What the pharmaceutical companies have discovered is perhaps the penalties aren’t as severe, so they’re not turning the drugs over in a timely fashion by any stretch,” McKinley said. “We think our bills have enough teeth that with civil liabilities and other things we’ll get the pharmaceutical companies to turn over their drugs quicker so that we don’t have a two or three-year delay in getting them to market.”

McKinley is now in the minority after Democrats won most of the House seats in the 2018 general election. But being in the minority hasn’t prevented him from getting support for bills, such as the CREATES Act and the FAST Generics Act.

“We worked our way through the system developing support,” McKinley said. “We’re seeing some interest now on (the committee’s) part to take it up quickly. I’m cautiously optimistic we can get action on this because it’s one quick way to have an impact on people’s health care costs.”

McKinley also joined with a vast majority of the House to vote for a resolution asking for the report being prepared by Special Counsel Robert Mueller into collusion between President Donald Trump and Russia be made available to the public. According to Politico, advisors to the president hinted that the White House might redact portions of the report citing executive privilege.

“That information is going to get out anyway, so why not make it public,” McKinley said. “I think what we want to do is have full disclosure. I think the more accountability we can have at the federal level will maybe in some way restore public confidence in the system. Let’s make it public.”

It’s that level of bipartisanship McKinley has fostered that saw him rise in the Lugar Center and Georgetown University’s bipartisan Index. The report ranks members of Congress based on how often they work across party lines. McKinley ranks as the 11th most bipartisan House member.

“That’s an honor and I’m glad to be at the level,” McKinley said. “Anything we do I make a concerted effort to be bipartisan. People have some comfort level and work with me on the floor on legislation because they know I’m willing to work together.”