Photo submitted by Connie Abbott Shown is a rescued horse in December at Connie Abbott’s residence west of Watertown. 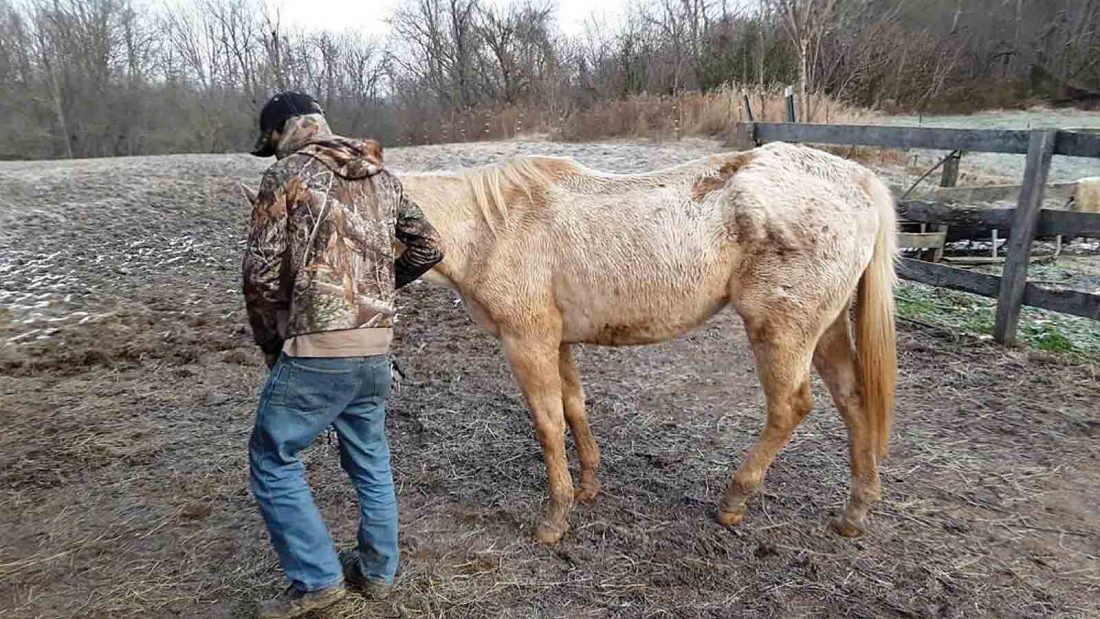 Photo submitted by Connie Abbott Shown is a rescued horse in December at Connie Abbott’s residence west of Watertown.

MARIETTA — Life is challenging for horse owners and sometimes their animals, but this year has been particularly troublesome.

For the second consecutive year, hay, usually bought as winter feed for horses, is scarce and expensive in the Mid-Ohio Valley.

“Last year’s weather really relates to the problem. There was too much rainfall, the hay didn’t have a chance to cure and dry,” Ron Offenberger at Beverly Feed and Equipment said. “Horse owners are taking a beating, some are using a little more grain this year, maybe supplementing it with alfalfa pellets from out west.”

So far, the spring weather hasn’t been helpful, he said.

“The pasture hasn’t come around, they can’t live off what’s out there right now. If you look outside, the grass is just now starting to get a little greener,” he said. 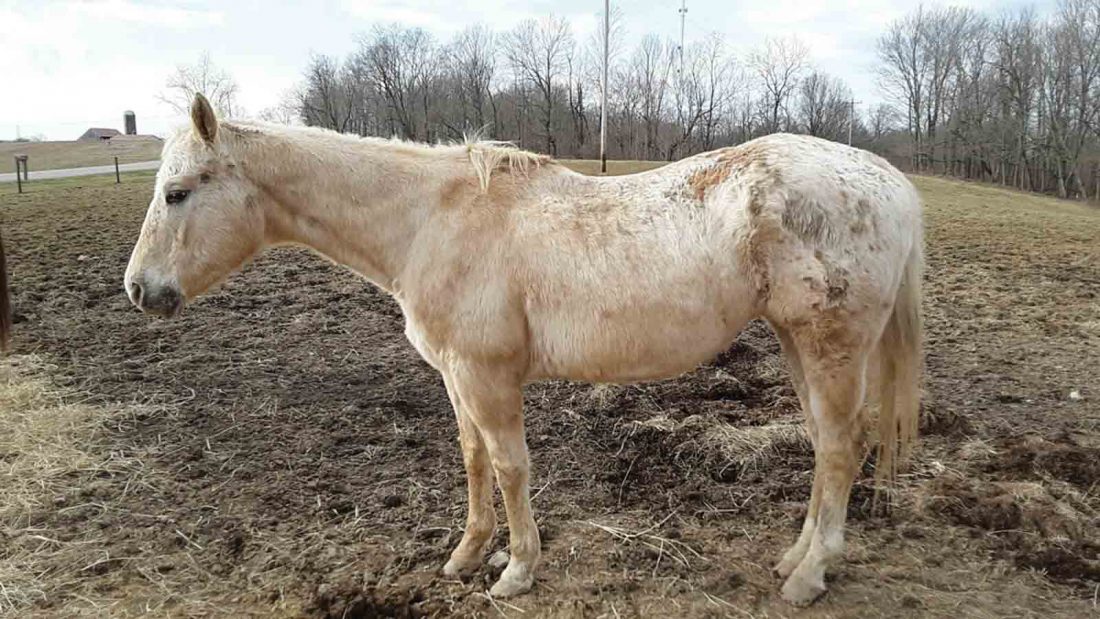 Some horses have suffered over the winter.

Jon McIntire, humane officer for the Humane Society of the Ohio Valley, said horse neglect and abuse is a widespread problem.

McIntire said he didn’t have exact numbers regarding horse neglect cases because many of the calls he receives are from well-intentioned citizens who mistake the symptoms of neglect.

“I get people calling about skinny horses, but I get there and the horse has a round bale of hay, for example. Sometimes older horses are just going to be skinny,” he said.

In other cases, however, inexperienced horse owners don’t realize what they’re getting into, or those who have had horses for a long time become the victims of changed circumstances.

“Half the time, new owners are in over their heads,” McIntire said. “They have no clue what owning a horse entails. Others, things go on in their lives, they lose awareness, they just don’t feed them.”

The hay shortage can be discouraging, he said.

“If you can’t find it, you just have to keep on looking,” he said. When considering purchase of a horse, he said, people need knowledge in advance.

“Do some research, that’s the biggest thing. If you don’t know about it, don’t buy it,” McIntire said. “People who have never had a horse might not know that you have to buy hay when it’s being cured. Now, everybody is looking for it.”

Luckily, the area has many people willing to help rescued horses.

Connie Abbott lives between Watertown and Stockport and in early December flagged three horses on a spread that were starving.

“Two came out alive, but they had to put the third one down,” she said. “I’ve volunteered for years, rescuing horses.”

Abbott said the owner was offered hay but refused it.

“It’s always worse in the winter time,” she said. “I got two a couple weeks ago, but they weren’t as bad as the ones in December.”

The horses she got in December have recovered, she said.

“I even rode one of them today, that’s how good it’s doing,” she said.

“I’m very sentimental about horses, I’ve done it all my life, broke them and trained them.”

One of the reasons she is able to help horses is that she has a regular line of supply for hay and feed, she said, and added that Beverly Feed and Equipment donated 100 pounds of feed for the horses she accepted in December.

McIntire said he is never short of people to care for the horses that are removed because of neglect or abuse.

“The horse community here has treated me awesome, there’s a surprising number of people ready to take horses,” he said. “They’re almost waiting in line. The ones who know what they’re doing, they want to help horses. It’s really no different from dogs and cats, people just want to help animals out.”

To Report Animal Neglect or Abuse