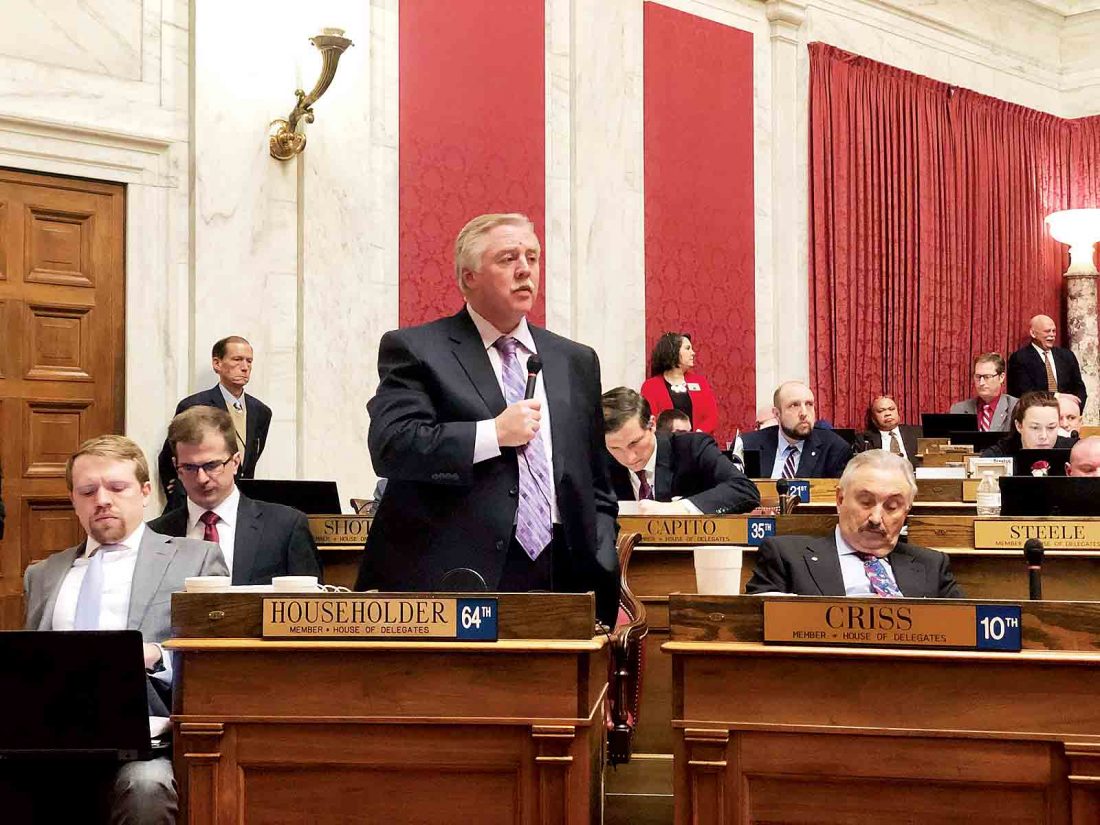 CHARLESTON — In a potential deal that could mean no extended session, the House of Delegates passed an amendment to its budget proposal that bridges the differences with the state Senate.

The House amended House Bill 2020, the budget submitted by Gov. Jim Justice in January, during a Thursday evening floor session. The amended version of HB 2020 passed 95-5.

The total amount of appropriations in the fiscal year 2020 budget, including various lottery, special revenue and other accounts, would be $13.8 billion.

“The House secondary amendment I’m asking you to agree to is a compromise on the position of the two houses,” said House Finance Committee Chairman Eric Householder, R-Berkeley.

The budget compromise includes an extra $48 million from a phase-in of a Social Security tax exemption but includes a $21.1 million cut on steam coal severance tax phased in over three years, a $16 million cut in oil and natural gas severance tax collections that will go to an abandoned well plugging fund, and $1.1 million in an S Corp/LLC banking tax cut.

Included line items in the compromise budget are 5 percent pay raises for employees of the West Virginia State Police and public employees paid out of general revenue funds. Even though the Senate did not pass a 5 percent pay raise for teachers and school service personnel, the budget does set aside $67 million for these raises if the Legislature decides to pass the raises during a special session called by the governor for education.

The special session will start as soon as the Legislature gavels out Saturday night. Lawmakers will adjourn and head home to talk with parents, teachers, administrators, and others, then be called back into the special session later in the spring to consider education reform legislation, including the educator pay raise.

“We will be called back into a special session to address the concerns of our teachers, our parents, our students, and all stakeholders dealing with our education system,” Householder said. “This issue can then be given the attention it deserves without having to compete with the pressures of our regular legislative session.”

Also receiving funding is Jim’s Dream, the governor’s plan for substance abuse treatment, criminal expungement, and job training. The program will now receive 20 million, with another $5 million available should there be surplus tax collections at the end of June.

Other items that could be funded by surplus funding include $300,000 for food banks, $3.5 million for cameras in schools, $500,000 for Shepherd University, Glenville State University, Blue Ridge Community and Technical College and WVU Parkersburg, and $7 million for tourism.

Senators will consider the House amendment to HB 2020 during their floor session this morning.