Photo submitted by Tim Ryan and The Counseling Center The reception entrance at The Counseling Center stands on Main Street in Portsmouth. Marietta native Tim Ryan found that the rural setting of the recovery houses and being at a distance from the influences in his home town contributed to his success in remaining clean from drugs.

Photo submitted by Tim Ryan and The Counseling Center Marietta native Tim Ryan found recovery in part by leaving his hometown for work and rehabilitation in Adams County. 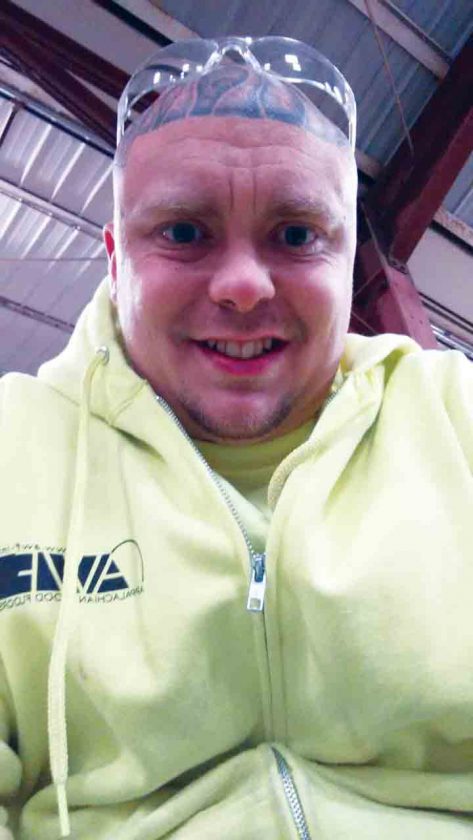 Photo submitted by Tim Ryan and The Counseling Center Marietta native Tim Ryan found recovery in part by leaving his hometown for work and rehabilitation in Adams County.

MARIETTA — Three months of isolated therapy in the hills of Adams County is what it took for Marietta native Tim Ryan to put his chaotic life in order.

Ryan had been crossways with the law since he was a juvenile. His court record shows drug possession, robbery, assault, domestic violence, menacing and arson charges, starting from the time he reached adulthood. He served three years at the Corrections Center of Northwest Ohio and was sent back several times after release for violating probation.

He is 28 -years old. Recently he marked more than 150 days of abstinence from drug use.

“It started with marijuana possession, little stuff,” he recalled. “I started smoking crack when I was 19, robbing people … A robbery charge in 2012 sent me to prison, and I was back and forth on parole violations after I got out. My crack addiction turned to heroin, and I turned to meth to get off heroin.”

Ryan, speaking by telephone from his home in Portsmouth, said Thursday his most recent stay in rehab was his sixth attempt to get clean. This time, it worked. 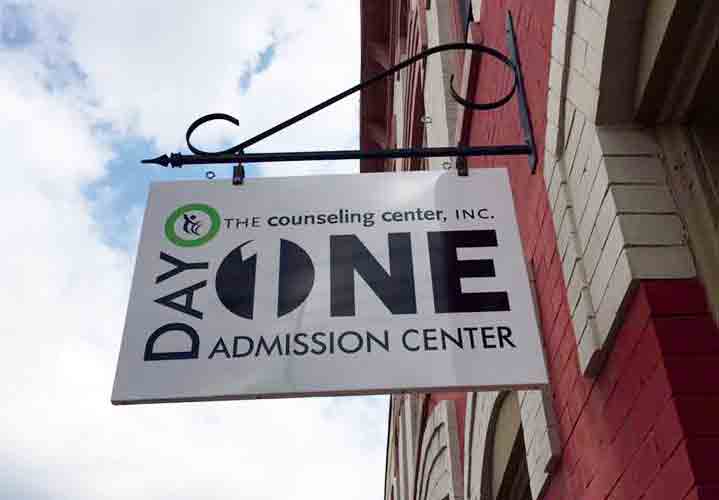 Photo submitted by Tim Ryan and The Counseling Center The reception entrance at The Counseling Center stands on Main Street in Portsmouth. Marietta native Tim Ryan found that the rural setting of the recovery houses and being at a distance from the influences in his home town contributed to his success in remaining clean from drugs.

“I came down here and planned on doing the usual 90 days, but this one worked because I started listening, taking suggestions,” he said. “I never worked the (12) steps before, never even opened up my ears to the possibility of getting out of the system.”

Ryan said the isolation of the facility — The Counseling Center in Adams County — and its distance from his hometown of Marietta helped him focus on getting well.

“It’s hard to heal in the same place you got sick,” he said. “I found a good recovery community here. And in the country, when you’re cut off from people, it’s easier to pay attention.”

Ryan said for him the key to staying clean after being released from rehab is establishing and sticking to a rigid routine. He got a job with a hardwood flooring outfit, where he works 50 hours a week. Every weekday after work he participates in three hours of group recovery counseling, after which he attends a Narcotics Anonymous meeting. The less slack time he has, the better for his recovery efforts.

“You have to have a routine, if not you’re going to wind up using again,” he said. Being in a fresh environment also has been crucial, he said.

Ryan is looking ahead to becoming a professional counselor, like many of those who helped him — addicts who turned their experience into an asset for helping others.

“I had a lot of good counselors, fellow addicts — people who haven’t been addicts can’t really help you,” he said. “They went through the same program I did. I’m almost halfway through the steps program, and I’m going to start sponsoring someone soon.”

In the meantime, he’s content to work and recover.

“It’s really satisfying to work a full day, to know you haven’t done anything wrong,” he said.

Portsmouth suffered decades of social injury from the opioid crisis, but the city of 20,000 has transformed its attitudes, a spokesman for The Counseling Center said.

Greg Gulker, community relations director for the center, said Friday he’d just come out of a meeting of the multi-disciplinary health coalition board for the region.

“The overwhelming attitude in the room — there were probably about 30 of us — is that the overriding need is stigma reduction,” he said. “Seeing the discussion in the business community about reducing stigma, that’s a huge hurdle cleared.”

“He would have been in one of our houses, it just looks like an ordinary house, with a cornfield out the back door, and very near the house is a church, which occasionally invites our people to dinner,” he said. “It’s much less institutional than most people would think, and recovery treatment does not necessarily look like what most people likely believe.”

Ryan still visits Marietta, he said, in an effort to repair some of the relationships he has damaged over the years.

“I talk to my sister a few times a week, my mom every day,” he said. “I’m trying to rebuild relationships that I’ve ruined. You can rebuild those connections. The first year is the hardest, it’s a lot of work, daily work. When you lay down at night you have to take inventory, ask yourself, did I do anything today to harm myself or someone else?”