Churches adapting to the digital age

Photo Provided Tyler Fouss is the creative director at The Warehouse Church in Parkersburg.

Photo by Jeff Baughan The North Parkersburg Baptist Church app as it appeared at launch.

Photo by Jeff Baughan An exterior view of The Rock Church at 1305 37th St. in Parkersburg. 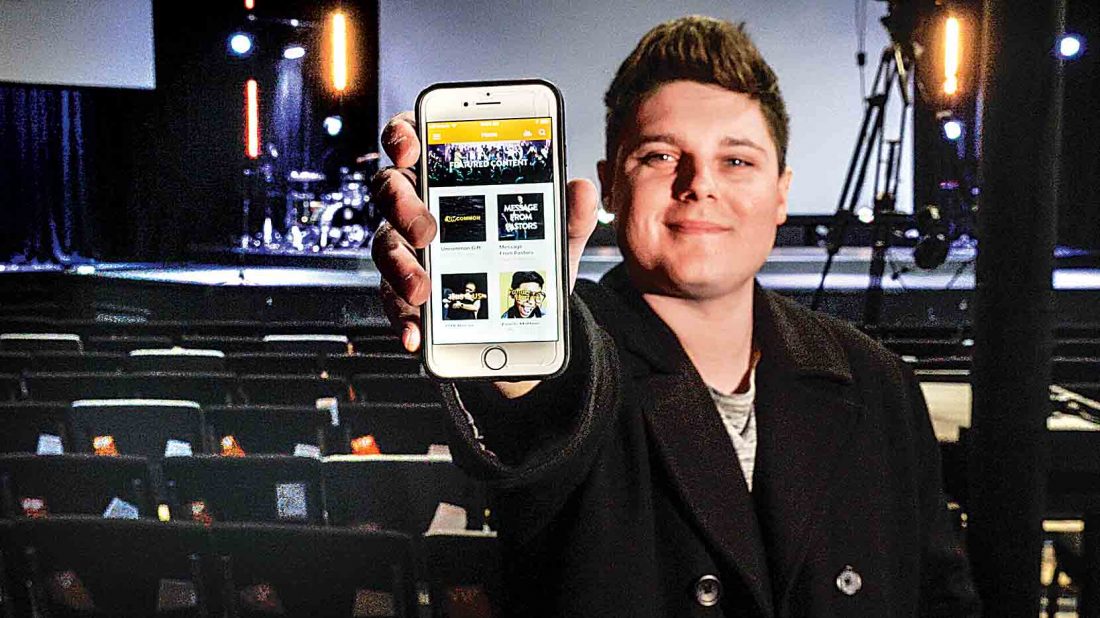 Photo Provided Tyler Fouss is the creative director at The Warehouse Church in Parkersburg.

PARKERSBURG — You leave the house, get in the car and head out to work when you realize you have forgotten your phone. What do you do? If you’re not too far away, you go back to get it.

That’s because so much of what happens today revolves around that small piece of electronic gadgetry. The phone may be so busy, it may have four or five screens just for all the apps or its longer terminology, applications.

Church, religious worship through word and song, has changed, adapted, reinvented itself through and with technological advancement. Do you remember when “words on the screen” meant an overheard projector with someone writing on transparent plastic? 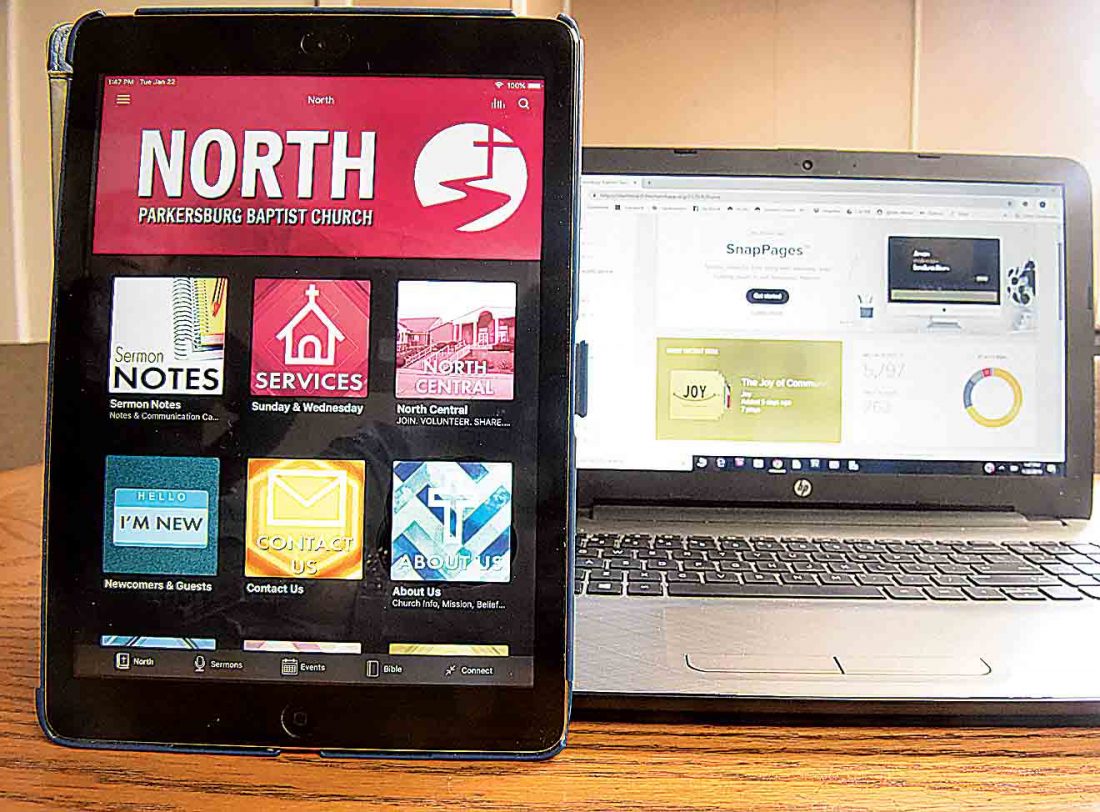 Photo by Jeff Baughan The North Parkersburg Baptist Church app as it appeared at launch.

Technology is changing everything. Churches are advancing communications through the use of new technology.

Several churches within the Parkersburg/Vienna area have apps. Among those are The Rock, Warehouse Church and North Parkersburg Baptist. The church app is part of the technology to adapt to members daily digital diet.

Gary DeMattia is The Rock’s IT specialist. He said the church has maintained the app “for a little over a year. It really helps to keep people up to date with what’s happening in the church.”

The Rock had the app’s creation outsourced, he said.

“We maintain the app,” he said. “We add sermon notes for the Sunday service as well as keep an archived system of sermons dating back to 2011. The sermon notes we add also have a place for congregational members to add their own notes.

“We’ve had pretty good success with it so far,” he said.

DeMattia described the church app “as basically our website. It has podcasts, donations, an events calendar, our mission and vision, we do livestreaming of each service. We’ve had pretty good success with the livestreaming so far,” he said. “We have a lot of people who work out of town.

“We can tell how many times the app has been downloaded, how many times it has been logged in to and what the average time is. We don’t know who is logged in, but statistically, how many. You can have the app and know what we are about.”

Tyler Fouss is the creative director at The Warehouse Church in Parkersburg. He said the church’s app is one which has gone through more than one change.

“We changed to the SplishSplash designed app as it was more versatile for what we wanted,” he said. “We have current sermons and past sermons, sermon notes, send notifications for groups, there is a tutorial, donating….

“The heart behind it is it’s more easy to customize,” he said. “We wanted it to be more simple and more accessible. For instance, you can register for small groups, what they are about, without having to visit a number of the groups first.”

Fouss said the church’s app could be found in whatever app store the electronic device is connected to. “And like all the church apps I have seen,” he said, “it’s free to download.”

He added the app has numerous translations of the Bible to pick from and the previous Sunday morning services are uploaded to the app by Tuesday mornings.

Fouss said the church has more than 820 people registered on the app the church communicates with. “The app is a centralized place for people to communicate and it helps to keep people connected,” Fouss said. “It loads faster than the website as the app is much more concentrated with its information. With the app, it’s like a website on a phone without having to be on the website.”

“North’s app is cleaner than the website,” said Erica Brooks, director of communications at the church. “The app is designed for the church family while a website is designed for those who aren’t. There’s a lot of the same information but it is organized differently.”

The church’s app contains a library of sermons from the last four years, according to Yopp. The sermon notes are prepared and sent to Yopp for “uploading early in the week but they are not activated until 9 a.m. that Sunday morning,” she said. “The beauty of this is you can add your own notes to the prepared notes or you can send the notes to yourself and it has the answers filled in the blanks. Then you have the outline but can add your own notes. People seem to use the app mostly to hear the current message or one from the past.”

“The message of the Gospel won’t change,” said Brooks, “but the method to communicate may change. The app helps to bridge the gap with the next generation. We’re using social communication with multigenerational churches to help us bridge that gap.”