Photo by Doug Loyer Hand bells come in many sizes from large to small.

Photo by Doug Loyer Beautiful bell ringing fills the Basilica of St. Mary of the Assumption. 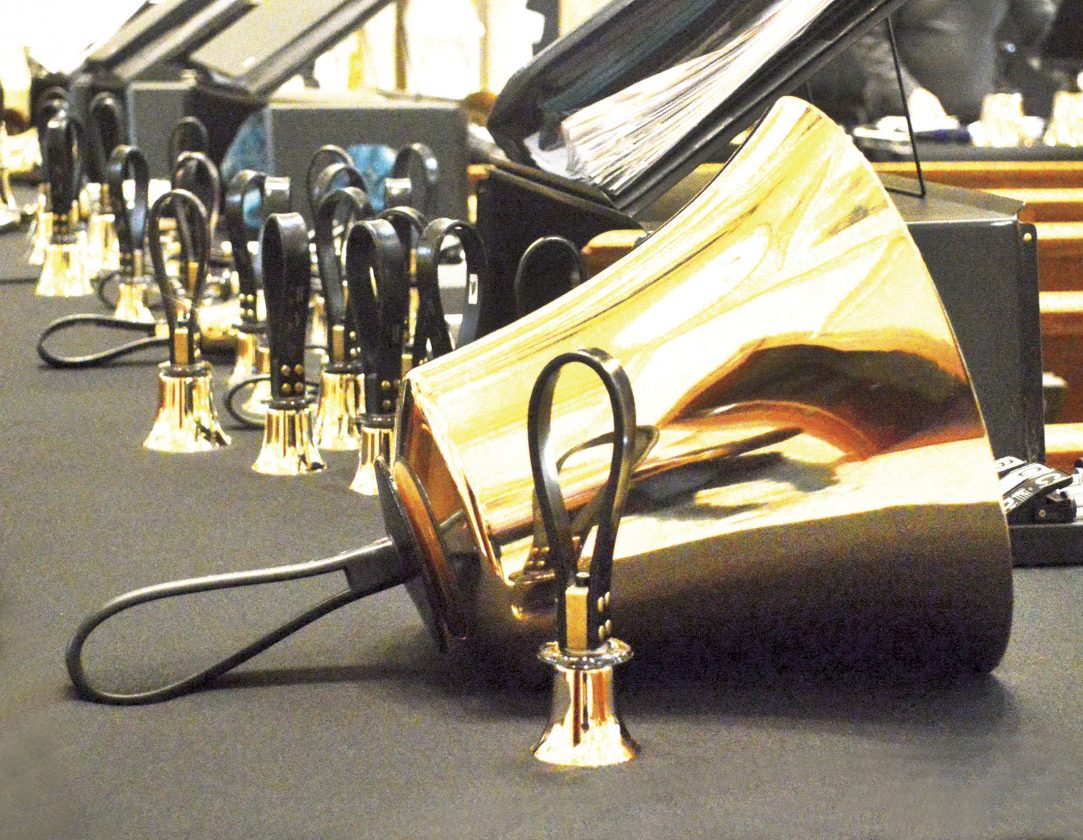 Photo by Doug Loyer Hand bells come in many sizes from large to small.

MARIETTA — The 29th annual Marietta Area Spring Ring, with its beautiful sounds of hand bell ringing and resonating throughout the Basilica of St. Mary of the Assumption Catholic Church, was held Sunday evening in Marietta.

“This concert is great fun every year. This is our 29th and it gets better every year,” said Denise Holmes, Director of the Mid-Ohio Valley Ringers in Vienna.

Holmes said there is nothing else you’ll hear that sounds like a group of hand bell choirs. The bell choir sound is so unique. 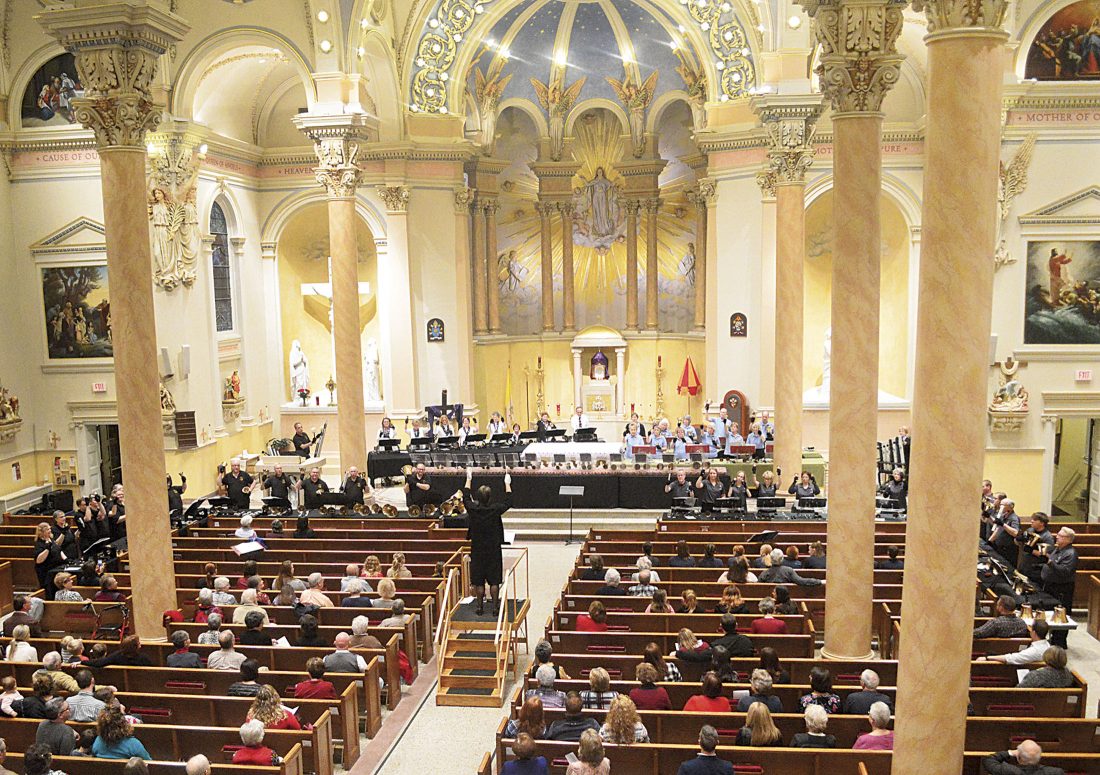 Photo by Doug Loyer Beautiful bell ringing fills the Basilica of St. Mary of the Assumption.

“This is the perfect place for the concert and it’s such a beautiful setting,” said Holmes. “Our biggest challenge of doing the concert is getting everything in and getting set up.”

Jimmy Sundquist, Director of the First United Methodist Church of Parkersburg Bell Choir, has been coming to the event for many years now.

“I played in a church choir when I was a kid and I play in the Mid-Ohio Valley Ringers as well,” said Sundquist. “The bells are such a unique instrument. It’s unlike anything else. It’s a good instrument for people to play. It’s easy to pick up and learn and it’s such a unique sound. Bell choirs are also a unique community. I love getting together with these folks each week to rehearse. It’s great fun.

“This space (St. Mary of the Assumption) is excellent,” said Sundquist. “It’s great for ringing, it has such a big resonance space. It looks great, it sounds great. It’s just a wonderful place to come together.”

Sheree Alderman, of Parkersburg, has been a member of the First United Methodist Church of Parkersburg Bell Choir for a couple of years now. She feels that bell choir music is the most organic and pure music. 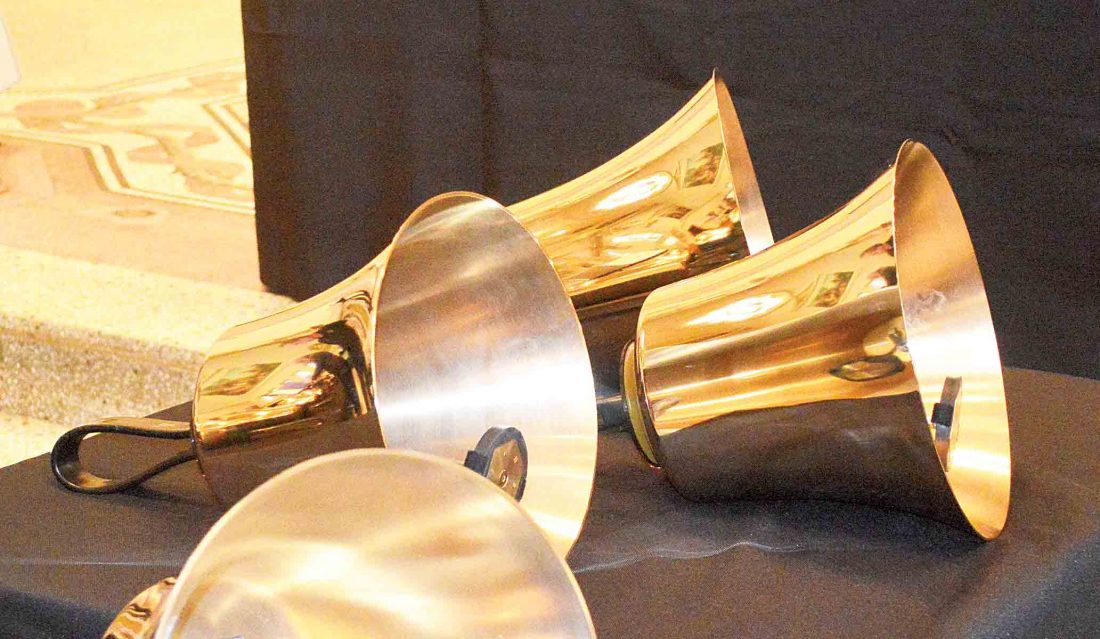 “The notes just resonate through you and out to the crowd,” said Alderman. “It’s not just ringing, you’re in a fellowship or ministry. You’re sharing work that you all have in common. It makes you feel good inside to produce this beautiful music. I’m so excited to be a part of it. This is one of my favorite nights of the year.”

It was the first time for Kila and John Frank, of Reedsville, to see all of the bell choir groups together. Kila thought is was tremendous and their sound almost magical.

“It’s neat to hear them play together and all the tones they are making,” said John. “They put a lot of effort into what they’re doing. It fascinates me.”

“I’ve been to many of these. I had not heard bells like this until five years ago and I’ve been to a lot of them since,” said Ann Drake of Marietta.