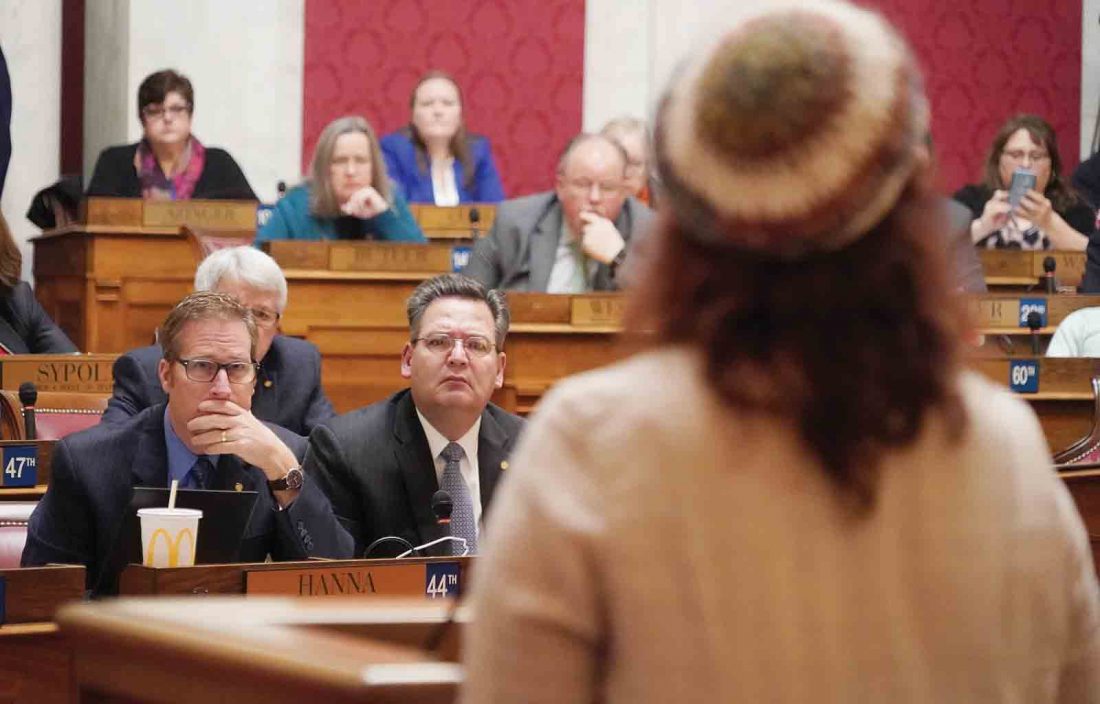 The House Finance Committee held two public hearings Monday — one in the morning and one in the evening — to give supporters and opponents of Senate Bill 451 plenty of time to let their voices be heard.

“It is a bad bill for education,” said opponent Karen Nance, a former member of the Cabell County Board of Education. “Every year, this legislature uses the excuse that West Virginia is on the bottom of education nationwide to introduce bills that are supposed to provide sweeping reform. Just because you call it sweeping reform does not make it good reform.”

“Contrary to many beliefs, West Virginia is in an educational crisis,” said Barry Holstein, a parent and supporter of SB 451. “The freedom to choose is a powerful tool. The bill that originated from the Senate provided parents with choices.”

“You made promises you’d do educational reform in this state,” said David Howell, a parent. “The Senate had the guts and the courage to hand you a bill that would bring true reform to West Virginia’s education system…I would implore you to pass this bill as handed to you by the Senate.”

The House Education Committee made substantive changes to SB 451 between receiving the bill Wednesday to passing it out Friday night, though a new strike-and-insert amendment from the finance committee Monday reverses some of the changes.

The finance version puts education savings accounts back in the bill after the education committee had removed them Friday. Public charter schools were limited to a pilot project of two converted elementary schools statewide, but the finance committee increased that to any five elementary or secondary schools statewide, plus the West Virginia Schools for the Deaf and the Blind should they wish to participate.

“Charter schools, we believe, will not work in West Virginia,” said Lori Kestner, a member of the Marshall County Board of Education and president of the state School Board Association. “These schools are not public schools, and can you imagine the administrators of these counties trying very hard to mandate, or oversee, or make sure these students have the education that West Virginia should and does require.”

Kathie Hess Crouse, vice president of the West Virginia Home Educators Association, said five of her children have graduated from school in Putnam County and is home-schooling two more children. She spoke in favor of charters and ESAs.

Vincent Pinti, a Bridgeport High School senior with spinal muscular atrophy, raised concerns that charter schools or education savings accounts could cause students with disabilities and special needs to be segregated from the rest of the student population.

“We are saying that some kids deserve to win, and some kids deserve to fail,” Pinti said. “We should not be asking for a choice to send our kids to a good school with teachers who are informed, that care, and who are willing to prepare people like me for the 21st century economy.”