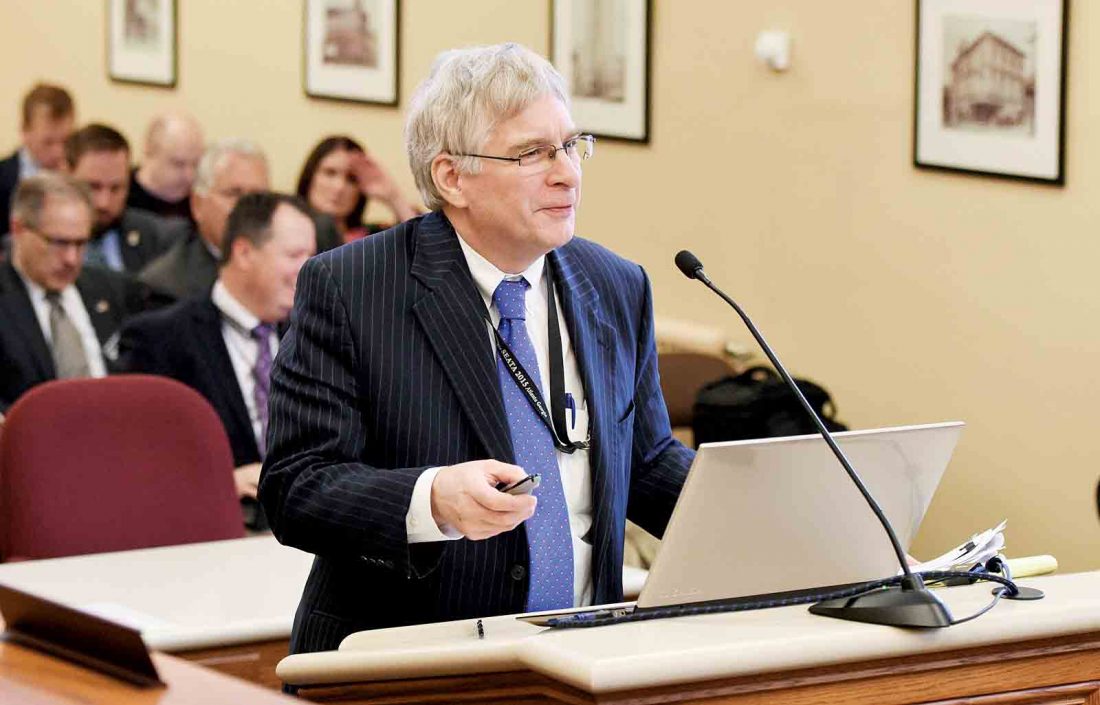 CHARLESTON — Lawmakers got specifics on the budget Gov. Jim Justice presented during the State of the State for fiscal year 2020 budget.

Justice presented lawmakers Wednesday night with a $4.675 billion general revenue budget for fiscal year 2020 during the annual State of the State address. The proposed budget is 1.73 percent larger than last year’s proposed budget, but it includes 2.05 percent in revenue growth.

The budget uses no additional monies from the state’s Rainy Day Fund, which sits at $718.6 million as of the end of December 2018. But it does include new spending, including additional funding for social services, deferred maintenance, tourism promotion, and substance abuse treatment programs.

Of the $4.675 billion, 43.3 percent will go toward public education, with 28.1 percent going to health and human resources programs and 9.2 percent going toward military affairs and public safety.

Revenue Department reports show the growth in the state’s economy was driven by natural gas pipeline construction and employment starting in the Spring of 2018, followed by the Road to Prosperity Program. Tax revenue grew by 3.7 percent in fiscal year 2018, which ended in June 2018. In the first six months of fiscal year 2019 that ended in December, revenues grew by 13.5 percent.

The economy has also been bolstered by the state’s energy sector. Foreign exports are up 68 percent as of October 2016, driven by international coal exports. Coal production is up by 20 percent since 2016. Weighted natural gas prices are up 9 percent, with volume increasing 12.4 percent in 2017. Private sector employment increased by 1 percent in 2018 when compared to 2017, with hourly earnings up 6 percent.

Muchow told state Sen. Doug Facemire, D-Braxton, that the state would not be in the positive budget position it is in without the pipeline and road construction job. He also warned that much of the revenue gains could dry up in the next couple of years when the construction jobs wind down and coal use decreases.

“If we didn’t have economic growth, other than health care and a few other things, we would have a pattern that we had in the previous four or five years prior to the great expansion of the energy sector — a pattern of pretty close to zero revenue growth,” Muchow said.

“We all know this is temporary,” Facemire said. “What are we going to do when we quit laying pipelines and things like that? I think it’s important that we should start working towards that right now instead of waiting until it gets here, because it’s coming and we’re going to go backward. When the carnival comes to town, it’s really good for one week, but then it leaves.”

“It looks very optimistic to me,” Palumbo said. “It seems much more optimistic than what we heard from Mark this morning…this is not consistent with what he told us this morning.”

Facemire also raised issues with the governor’s use of some of the tax revenue surplus before the end of the year for several initiatives, including a Communities in Schools program and JIM’S Dream, a substance abuse treatment and prevention program. Half of all budget surpluses have to be put in the state’s Rainy Day Fund at the end of the fiscal year, but Justice is raiding some of the surplus now to fund these initiatives.

“This is one-time money,” Facemire said. “Are we not going around the intent? The intent was any surplus is supposed to go in there, but if we jump in and spend that before that date and the date gets here and we don’t have it, the reason we don’t have is we spent it before we got it.”