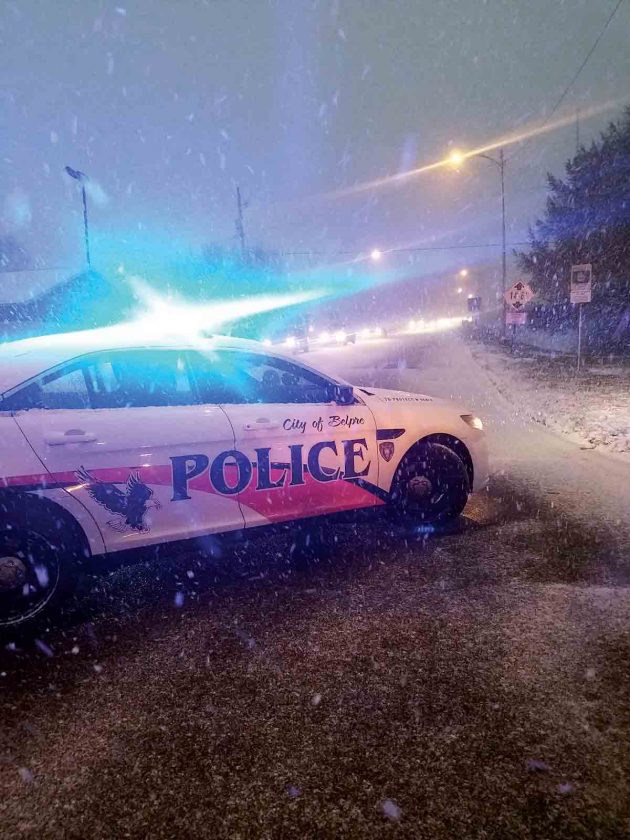 The Belpre side of the Memorial Bridge after it was shut down due to ice on Wednesday. The shutdown happened around 5 p.m., and the bridge was reopened within an hour. (Photo by Madeline Scarborough)

As of 6:30 p.m. Wednesday, Washington County was listed at a level one snow emergency, said Sheriff Larry Mincks. Roadways were hazardous with blowing and drifting snow and icy conditions.

“There have been many fender benders so far,” he said.

Mincks said the county, state and city police were working to get the roads salted.

The Memorial Bridge was shut down because of ice at about 5 p.m., and was reopened within an hour.

Officials shut down the southbound exit of Interstate 77 at Emerson Avenue at 9 p.m. because of icy conditions.

“A woman spun out in front of me, and when I got out to check on her I noticed the road was slippery to walk on,” Stephens said.

There were reports of vehicles sliding off Rosemar Road into a ditch.