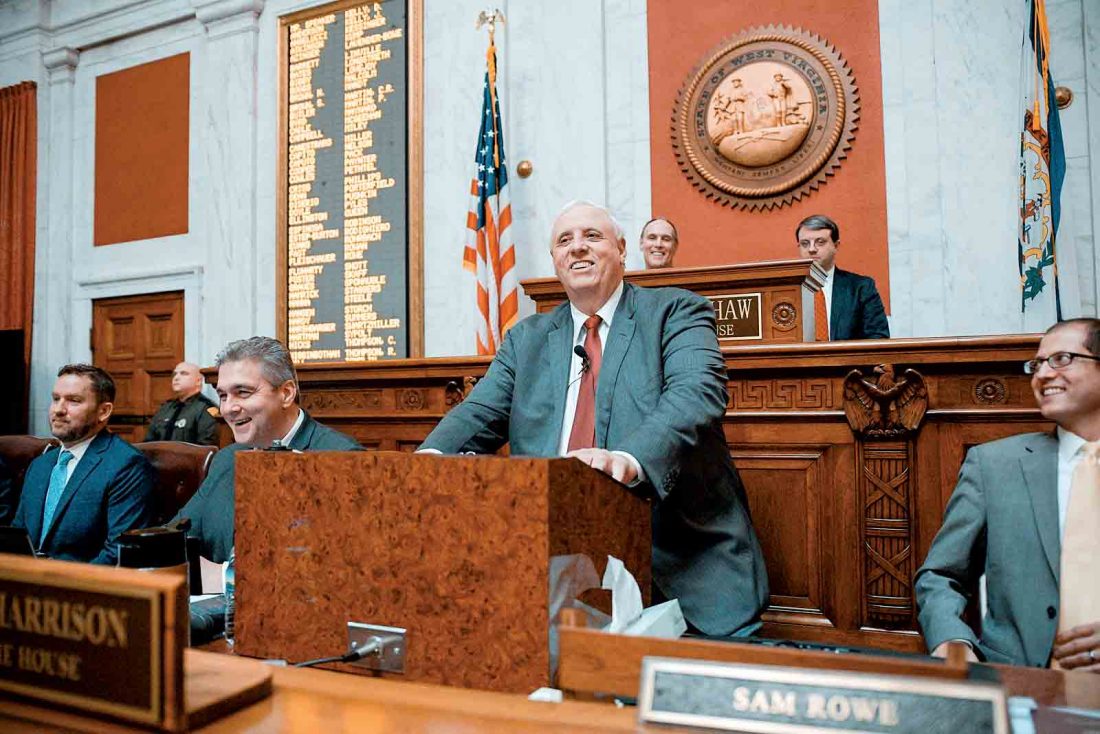 CHARLESTON — Local lawmakers said the governor hit on a lot of good points in his State-of-the-State speech the Legislature will look at in making the state better for business investment, dealing with the opioid epidemic and more.

Gov. Jim Justice gave his State-of-the-State address Wednesday night as the West Virginia Legislature started its regular session for 2019 earlier in the day.

The governor talked about improving education, making significant tax cuts on business, wanting to give a pay raise to all state employees, deal with the state’s continuing opioid problem, provide job training opportunities for people who succeed in drug treatment and invest in tourism. He talked about the state having a budget surplus that can be drawn upon to do a number of things. One local lawmaker said the surplus was around $350 million.

”I was happy to hear that his goals for the Legislature this year include bills that will lower the tax burden on our senior citizens, create hope and a path to success for people who are recovering from addiction, and most importantly, keep his commitment to provide our public employees with another 5 percent pay raise and an additional $150 million to PEIA,” he said.

Carmichael was excited about learning details about the governor’s bills to create an intermediate court of appeals and to repeal the personal property tax on business inventory machinery.

”Both of which are critical to moving our state forward,” he said. ”These ideas, coupled with the Senate’s plans to transform West Virginia’s educational system through bold reforms, will launch this state onto a trajectory of success and opportunity. I look forward to working with Governor Justice to accomplish great things for this state and her people during this upcoming session.”

Delegate Bill Anderson, R-Wood, said after years of having to make cuts to the state budget, the Legislature will finally be able to look at a few things the state needs to do.

”I think the budget will be easier to do this year,” he said. ”That doesn’t mean that we need to go out and spend like a crazy sailor.”

Anderson is supportive of initiatives the governor spoke about in getting people drug treatment, be given a chance to recover and participate in workforce training.

Anderson also supported the call to give all state employees, including teachers, a raise. Some state employees have gone without a raise for several years.

The governor also talked about shifting some of the money being raised through the Roads To Prosperity bonds to fixing many of the state’s secondary roads.

”I have received a number of complaints from people about the condition of our secondary roads,” he said.

Interstates and other major roadways were getting a lot of attention. Anderson said he was glad some smaller roads will now get some attention.

”We have a lot of roads that need some tender loving care,” he said.

Hollen said he is in favor of eliminating the Social Security tax on seniors, rather than give them the option to choose a $8,000 tax deduction, like the governor is suggesting.

Giving state employees a pay raise and shoring up the PEIA system is something they can look at, he said.

”A lot of what the governor wants to do is right in step with what we want to do,” Hollen said.

Delegate John Kelly, R-Wood, said lawmakers will look at what the governor wants to do and determine what funding is available.

Kelly supports efforts to provide drug treatment programs and doing something about the business and inventory tax so businesses will come to West Virginia and create needed jobs.

As the vice-chairman of the Oil and Gas Committee, Kelly said there are issues they are looking at in regard to the severance tax and natural gas to make it more palatable.

”All of those things are important,” he said. ”We will look at it and see if the money is available to do it.”

Sen. Mike Azinger, R-Wood, said the elimination of the state’s business and inventory tax has been a priority for him for years.

Azinger also wants to look at eliminating taxes and regulations that prevent businesses from coming to West Virginia or prevent people here starting a small business or be able to hire people.

”West Virginia has a lot of potential,” he said. ”Government just has to get out of the way and let business people do what they do best, be entrepreneurial and be able to create needed jobs.”