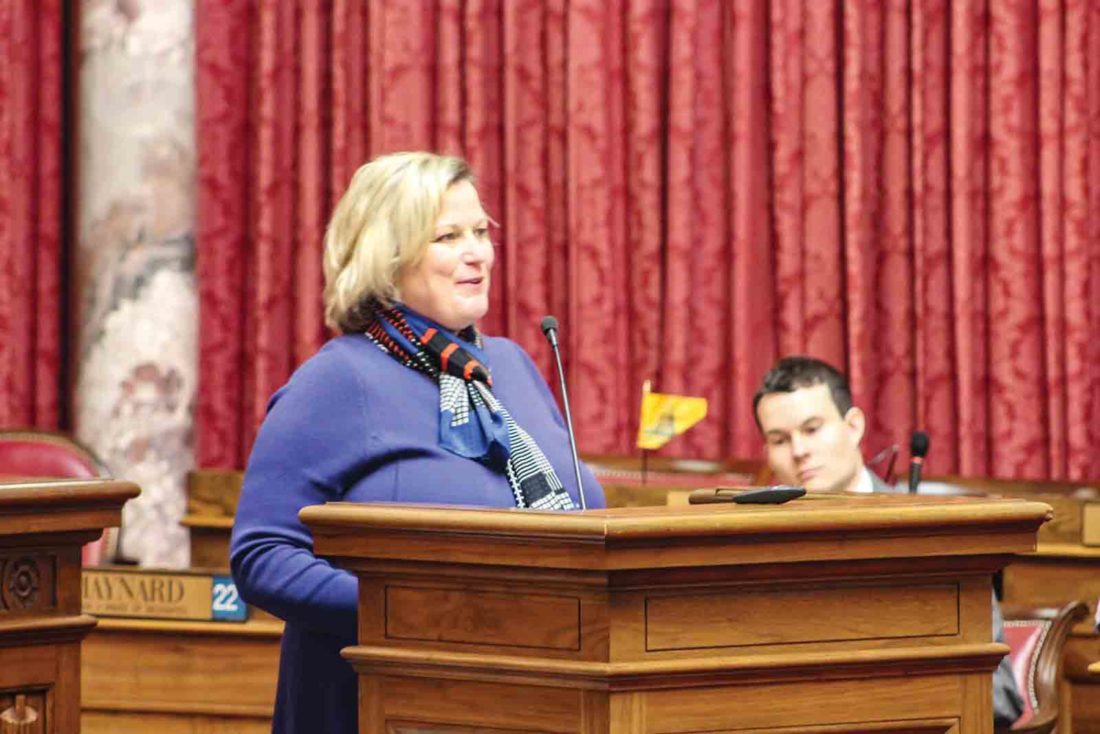 CHARLESTON — New Chief Justice Beth Walker told lawmakers Monday that the problems discovered over the last year at the state’s highest court have been fixed, with more changes expected soon.

All five justices of the West Virginia Supreme Court of Appeal appeared before the Joint Standing Committee on Finance Monday morning at the start of legislative interim meetings at the state Capitol.

The court implemented a new travel policy in June after it was revealed that two former justices frequently used the court’s fleet of Buicks for personal travel. Two of the Buicks have also been made available for all court staff and not just justices. Walker said that justices are not immune from the new travel policy.

“It applies to everybody: employees and elected officials,” Walker said. “It makes it absolutely, abundantly clear that state vehicles are not to be used for personal business and it creates a lot more accountability for signing vehicles out, mileage. All of what you would expect.”

In August, former justice Menis Ketchum pleaded guilty in federal court for his use of a vehicle and state fuel card for golf outings in Virginia. Former justice Allen Loughry was convicted in October in federal court on 11 charges, including wire and mail fraud for his use of the state fuel card when taking court vehicles for personal trips and for conferences where he received travel reimbursement.

Over the summer, the court’s 19 vehicles were enrolled in the state’s Fleet Management and Maintenance program and received the new yellow-and-blue license plates. Walker said being part of the fleet management system will help with maintenance costs and add another layer of accountability for the court.

“They all have the new license plates on them by the way,” Walker said. “I checked before I came here today.

In August, the court had all property inventoried and catalogued on wvOASIS, the state’s computer system that handle finances, procurement, and asset management. Audits and criminal investigations revealed that Loughry took a vintage Cass Gilbert desk and a couch donated to the court by a former justice. Loughry also made use of state computers for his family to use for games and photos.

“That is something that had not been done, and it’s done and we’re very happy about that,” Walker said.

Next Monday at the supreme court’s administrative conference, the justices will finalize policies on computer use, financial policies, and an employee handbook. Walker said more reforms can be expected on the horizon.

“We have lots more policies to work on, but we’re very committed to that effort and we will continue it through 2019,” Walker said.

Last week, Hutchison — previously a circuit court judge in Raleigh County — was sworn in as a supreme court justice to replace Loughry, who resigned in November and is awaiting sentencing on his federal conviction. The court also appointed Joseph Armstrong as the new interim administrative director, replacing Barbara Allen. He previously was the court’s director of the Division of Human Resources.

With the court sitting at five justices again and the reforms that have already been made, Walker said the court’s theme going forward was “a new beginning.”

Walker was one of four justices impeached by the House of Delegates in August, along with Workman and former justices Loughry and Robin Davis. Only Walker faced an impeachment trial in the Senate. She was acquitted by the senators for her lone impeachment charge but censured for her role in spending on office renovations and for catered lunches. The remaining trials were halted by an appointed panel of circuit court judges after Workman petitioned the court.