Belpre City Schools Superintendent Tony Dunn talks about his time with the district during a Belpre Board of Education meeting. Dunn retires at the end of this month and will be succeeded as superintendent by Jeffrey Greenley, who begins Feb. 1. (Photo by Michael Erb) 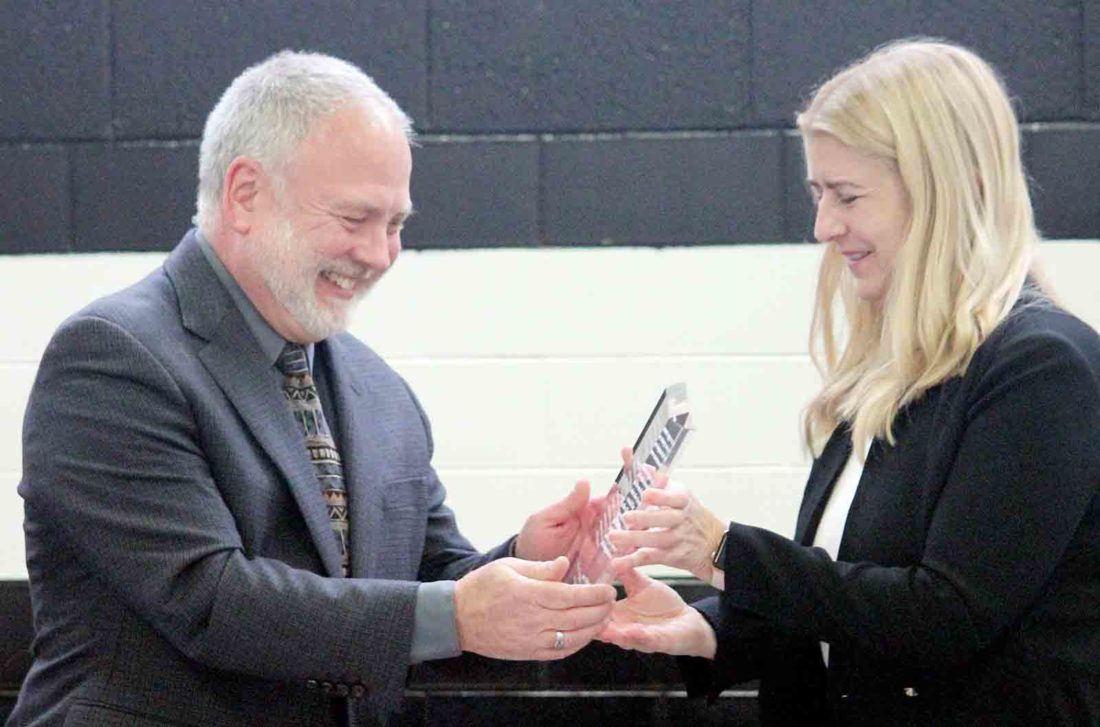 BELPRE — The Belpre Board of Education Monday said goodbye to outgoing Superintendent Tony Dunn while planning ahead for the year to come.

Dunn, 59, retires at the end of this month. He has been superintendent in Belpre for eight years and has spent 32 years in education. He will be succeeded by Jeffrey Greenley, who begins Feb. 1.

The board presented Dunn with a crystal plaque and thanked him for his service to Belpre City Schools.

“You are definitely leaving this school (system) in better shape than when you inherited it,” said board member Fred Meredith. “You’ve always got a home in Belpre.”

Dunn said Belpre is one of the most welcoming and supportive communities he’s ever seen, and he and his wife quickly formed lifelong friendships. 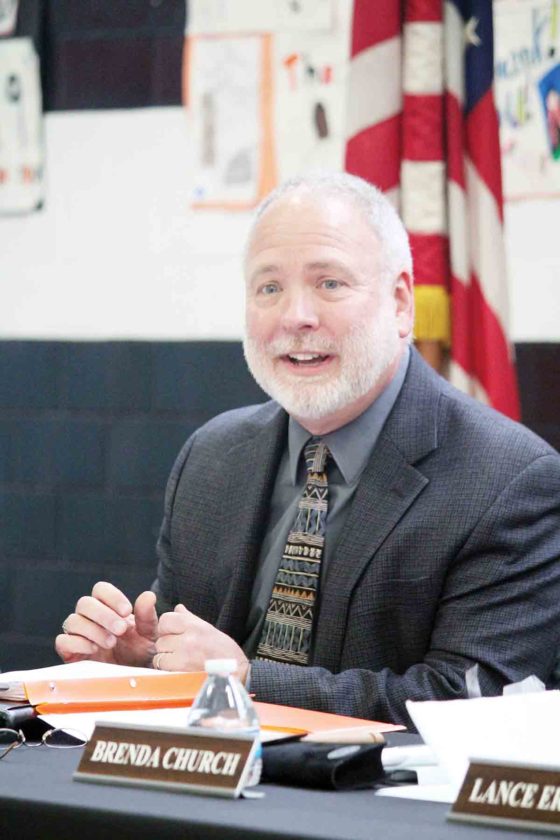 Belpre City Schools Superintendent Tony Dunn talks about his time with the district during a Belpre Board of Education meeting. Dunn retires at the end of this month and will be succeeded as superintendent by Jeffrey Greenley, who begins Feb. 1. (Photo by Michael Erb)

“A school system’s success depends on community support, and we have felt that support here,” he said.

Dunn said the face of education has changed dramatically during his time as an educator, and his first students when he began teaching in 1986 are now in their 40s with kids of their own.

“Education has really changed. Education is a different place,” he said. “But it is a great place to be.”

Dunn gave thanks to parents and students, faculty and staff, community members and board members past and present.

“Thanks for letting me be a part of your lives,” he said.

A small reception for Dunn was held following the regular meeting.

During a special organizational meeting held immediately prior to the regular meeting, the board appointed Cathy O’Donnell as board president and Leonard Wiggins as vice president for 2019. The board annually appoints new officers each calendar year.

The board also approved a list of meeting dates for 2019, but set the start time of those meetings at 5 p.m., two hours earlier than the meetings have traditionally been held.

The board will hold its meetings on the third Monday of each month, with the exception of June when the meeting will be held on the fourth Monday of the month due to scheduling needs.