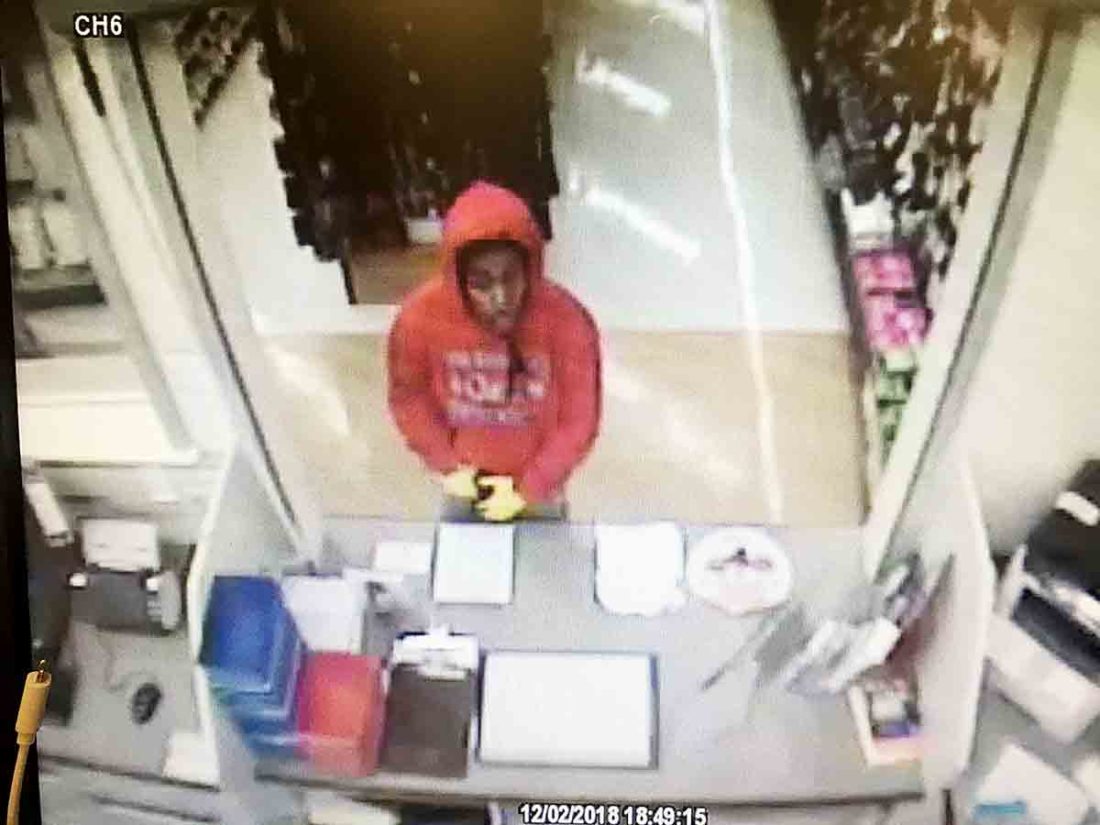 The Marietta Police released this photo of the suspect who robbed the Marietta Rite Aid on Sunday. (Photo Provided)

MARIETTA — The man who robbed the Marietta Rite Aid Sunday, injuring a pharmacist, might have also cased out the Vienna Rite Aid prior to the crime, said Marietta police.

As of late Monday, the suspect was still at large and police were seeking the public’s help in identifying him. He’s described as a young black male who was wearing a bright red sweatshirt with a hood at the time of the robbery.

Just before 6 p.m. Sunday, the suspect entered the Rite Aid at Third and Greene streets and demanded cash from a pharmacist at the rear of the store, said Marietta Police Capt. Aaron Nedeff.

“He asked the pharmacist to open the safe. The pharmacist told him there wasn’t a safe back there,” Nedeff said. “That’s when he assaulted him, then went back to the front counter and robbed them.”

Nedeff said the man never asked for drugs, only cash.

The pharmacist was hit in the head with the suspect’s gun and taken to Marietta Memorial Hospital.

Nedeff said the department received information that the man may have been in the Vienna Rite Aid Sunday before coming to Marietta.

“It seems like he might have gone to their Rite Aid before he hit ours and lost his nerve,” he said. “The clerk there was very suspicious of the way he was acting and he might have seen that he was making them nervous and backed out.”

The suspect was believed to have been in a newer model red or maroon sedan with temporary plates. There was another occupant in the car as well, Nedeff said.

“Anyone who may have seen a car like that sitting in a parking lot should let us know,” he said. “We think he had been hanging out for a while before this. He was sitting in a nearby parking lot about an hour earlier–a (Marietta College) campus police officer talked to him.”

Nedeff said police were able to collect some possible DNA and fingerprint evidence at the store, as well as some other “items of evidence recovered” that he could not elaborate on.

There were multiple witnesses to the crime, including employees and several customers who were in line at the pharmacy.

Anyone who has information is asked to contact the Marietta Police Department at 740-373-4141.