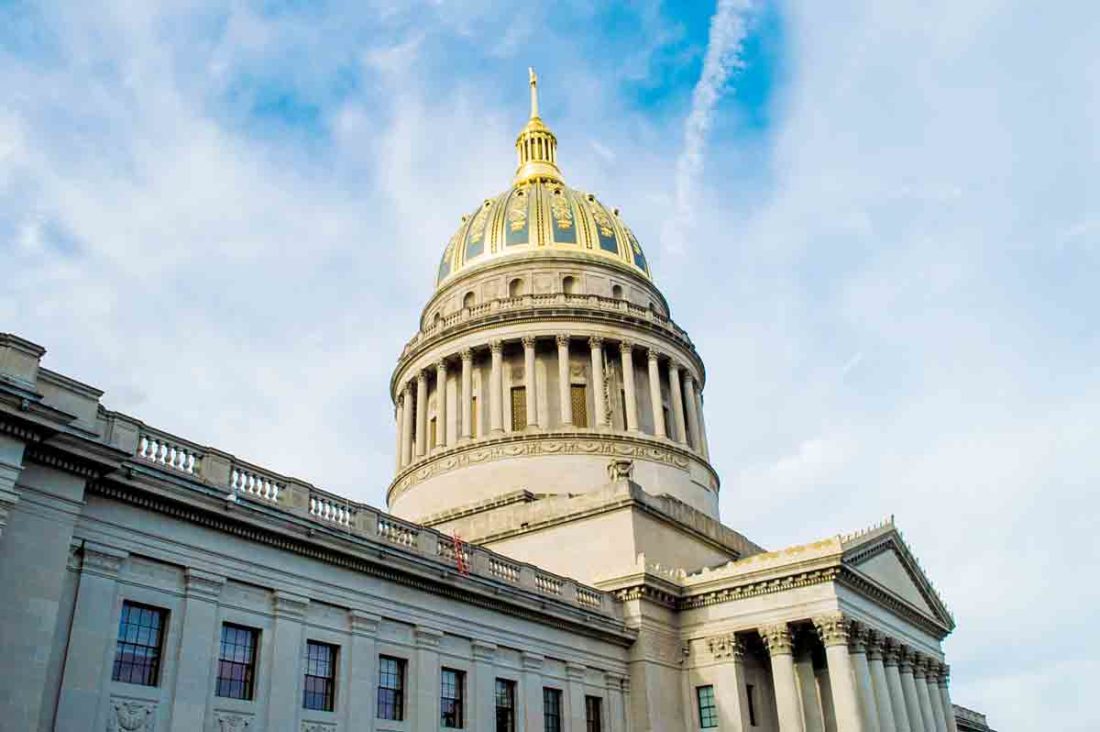 The state Capitol in Charleston. A poll by the Cardinal Institute for West Virginia Policy found 70 percent of respondents were not confident of the job opportunities in the next 15 years. (Photo by Steven Allen Adams)

CHARLESTON — West Virginians have some strong opinions on the state’s business climate and how their government operates, according to polling from a conservative think tank.

The Cardinal Institute for West Virginia Policy based in Charleston has released two polls over the last two months looking at multiple issues affecting West Virginians.

Cardinal contracted with MBE LLC to poll 405 registered voters in September. Through online panel sampling, participants were made up of 42 percent Democrats, 33 percent Republicans and 25 percent independent/other.

According to the polling, 70 percent of respondents were not confident there will be job opportunities in the next 15 years. A slight majority, 51 percent, believe the state is heading in the wrong direction. Only 42 percent believe the state is on the right track, while 6 percent were unsure.

“I think it’s pretty clear from the survey that West Virginians are uneasy about our state’s long-term economic prospects, and why wouldn’t they be given the state’s economic history,” said Garrett Ballengee, executive director of the Cardinal Institute.

When asked about what measures that would have the most positive impact on the state’s economy and job market, 29 percent said improving the state’s roads and infrastructure, 21 percent said fixing K-12 education, and 16 percent said increasing government funding for small business grants and loans.

“If we’re going to achieve a West Virginia economic miracle, we need to continue the good work that’s been done over the last few years but also reform critical institutions such as our K-12 education system,” Ballangee said.

Natural gas led the survey results for the industry with the best potential to create jobs over the next 10 years, with 24 percent of respondents agreeing. The high technology industry has received 17 percent, followed by manufacturing with 16 percent.

“As the survey results demonstrate, the public doesn’t believe the state uses its resources efficiently and a plurality believe it’s too big,” Ballengee said. “For a well-functioning state, it is important that taxpayers believe – and know – their taxes are being used well. Unfortunately, that doesn’t seem to be the case.”

On the subject of the state Public Employees Insurance Agency, 46 percent of respondents said based on what they know about PEIA, they believe it is an average plan when compared to other states. Another 27 percent said they believe PEIA is among the worst plans in the nation.

“I think it is important to measure West Virginians’ understanding of the PEIA insurance program to identify any knowledge gaps between stakeholders and the general public,” Ballengee said. “Based on the survey results, it’s pretty clear West Virginians don’t really know what to think about the PEIA program. Folks don’t really know whether it’s a good plan, bad plan, or how it compares to the private sector or other states.”

The PEIA Task Force is looking into ways to make PEIA better for public employees and state retirees while holding down costs for taxpayers. Teachers and school service personnel went on strike in February over pay issues and increasing PEIA premiums. Gov. Jim Justice formed the task force after that strike in March and it’s expected to present recommendations to the PEIA Finance Board in December.

According to PEIA, the program cost $921 million for the 2019 fiscal year that started in July – 40 percent of that cost borne by personal income tax collections. Officials have said they expect PEIA costs to increase every year by $50 million, though the plan saw a $31 million surplus at the end of fiscal year 2018 in July and expects a $70 million surplus at the end of this fiscal year. Last month, Justice announced his intent to put another $100 million in PEIA for long-term stabilization.

“There is an opportunity to educate West Virginians about this particular program, and Cardinal intends to do just that,” Ballengee said.