Commission members met by conference call Thursday to discuss a proposal from the Structure and Organization Subcommittee to replace the HEPC with a new agency and give more power to the boards of governors at public colleges and universities.

Drew Payne, the chair of the Structure and Organizational Subcommittee and the former chair of the WVU Board of Governors, briefed commission members on the subcommittee’s proposal to replace the HEPC with a new Office of Post-Secondary Education. The new office would focus on access to higher education for West Virginians and help make the colleges and universities more efficient.

In the proposal, the office would consist of a board with the 10 public colleges and universities providing one member each. The board would elect a director. Payne said his subcommittee is looking at the legal mandates given to the HEPC to determine which one should be transferred to the new office and which ones should be repealed by the Legislature.

In lieu of the HEPC, more power would be given to the individual boards of governors.

“Listening to everyone, it was very obvious they have tremendous confidence in their own governing boards. They do not see the need for additional bureaucracy in Charleston,” Payne said. “Anything else that is not required is the responsibility of the individual institutions and their own board of governors.”

Eric Lewis, the chairman of the board of governors at Shepherd University, raised concerns about WVU having too much control on the proposed office and asked that the number of schools represented on the board be reduced. The current proposal included a representative from WVU and West Virginia University Tech, which is overseen by WVU.

“I like the idea that every school recommends an appointee, but I’d like to see it go from 10 to nine and have every school that has an independent governing board appoint someone,” Lewis said. “It seems to me that WVU and WVU Tech would both have an appointee on this 10-member board when WVU should only have one.”

Mike Farrell, chairman of the HEPC, has been a critic of WVU President Gordon Gee’s efforts to eliminate the HEPC ever since the Legislature asked the HEPC to develop a new performance-based funding formula that would have taken state dollars away from WVU and its affiliated schools. Farrell wrote a letter to commission members last month warning against eliminating the HEPC.

“As I’ve said in previous meetings, the HEPC is all about ensuring accountability as mandated by state statute,” Farrell said. “The concern I have with this particular proposal is the lack of accountability to the Legislature in terms of its structure and reporting responsibilities.”

“Let me remind you that the governing boards are appointed by the governor and approved by the Legislature,” Gee said, responding to Farrell’s remarks. “That’s where the accountability lies and where it should lie by the way. No need to have a super governing board. We’re really returning, finally, responsibility for governance back to the institutions with a service agency that will handle those issues that need to be centrally managed.”

Jerome Gilbert, president of Marshall University, asked about how federal Experimental Program to Stimulate Competitive Research monies would be distributed to the state’s three research institutions – WVU, Marshall and West Virginia State University. Those monies are handled by the HEPC. While those duties could be put in the new office being proposed, Gee recommended that a new board be created to distribute those grant monies.

“I might propose with the EPSCoR that we actually have a research board that controls it, made up of the research universities,” Gee said. “It’s not doing very well right now where it is housed.”

The subcommittee will take the comments from the commission members and develop a final proposal. If approved, the commission will present the proposal to Gov. Jim Justice.

The commission will meet in person Nov. 27 in Bridgeport. The commission has until Dec. 10 to submit a final report to the governor. 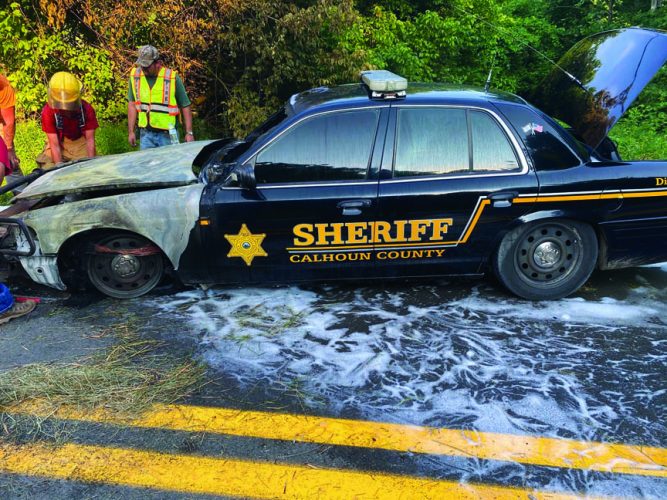