C8 documentary to be shown at Smoot Theatre 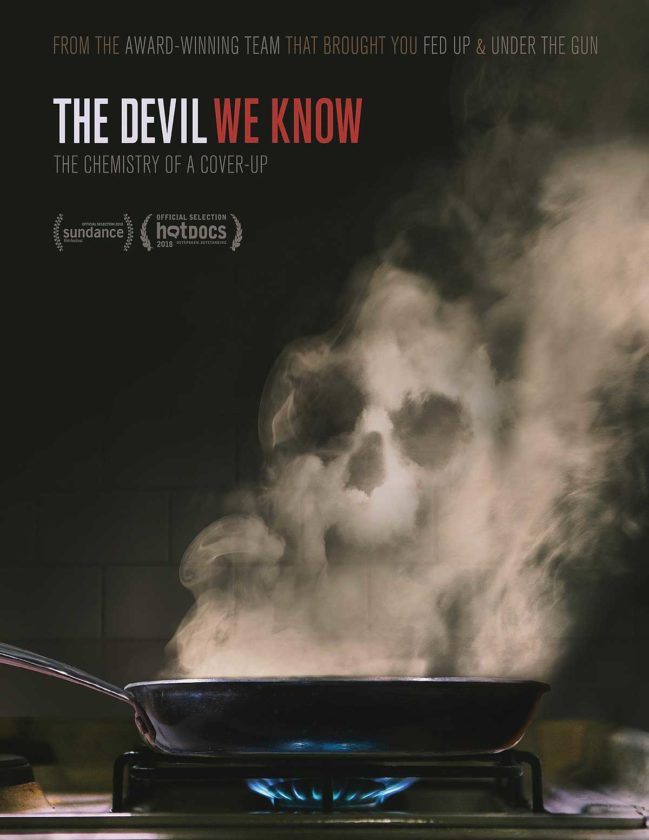 Image Provided A promotional cover for “The Devil We Know,” a documentary about C8 contamination in the Mid-Ohio Valley. The show will be presented at Oct. 20 at the Smoot Theatre in Parkersburg.

PARKERSBURG — A movie about C8 contamination in the Mid-Ohio Valley will be shown in October at the Smoot Theatre.

“The Devil We Know,” a documentary by Stephanie Soechtig, premiered in January at the Sundance Film Festival in Park City, Utah. The documentary includes interviews with local residents.

The movie will be shown on Oct. 20 at the Smoot Theatre, Executive Director Felice Jorgeson said.

A panel discussion will follow the presentation, said Kristin Lazure, a producer of “The Devil We Know.” The panel is being organized by the Environmental Working Group, a national environmental group, Lazure, who is with Atlas Films, said.

“The Devil We Know” also will be released on iTunes and other digital platforms on Oct. 16, Lazure said.

The presentation at the Smoot is the first time the movie will be shown in Parkersburg, Jorgeson said. “The Devil We Know” was shown in April at the Athens (Ohio) International Film Festival.

Also known as PFOA, C8 was used by DuPont to make Teflon at the Washington Works in Wood County, which is now operated by Chemours, a spinoff company from DuPont. The chemical is no longer used.

Cows on land adjacent to the DuPont landfill were dying and the owner suspected the deaths could be connected to the landfill.

A science panel created with the settlement of a lawsuit against DuPont studied the health data of 70,000 residents in the region and studied connections between C8 and six diseases in people.