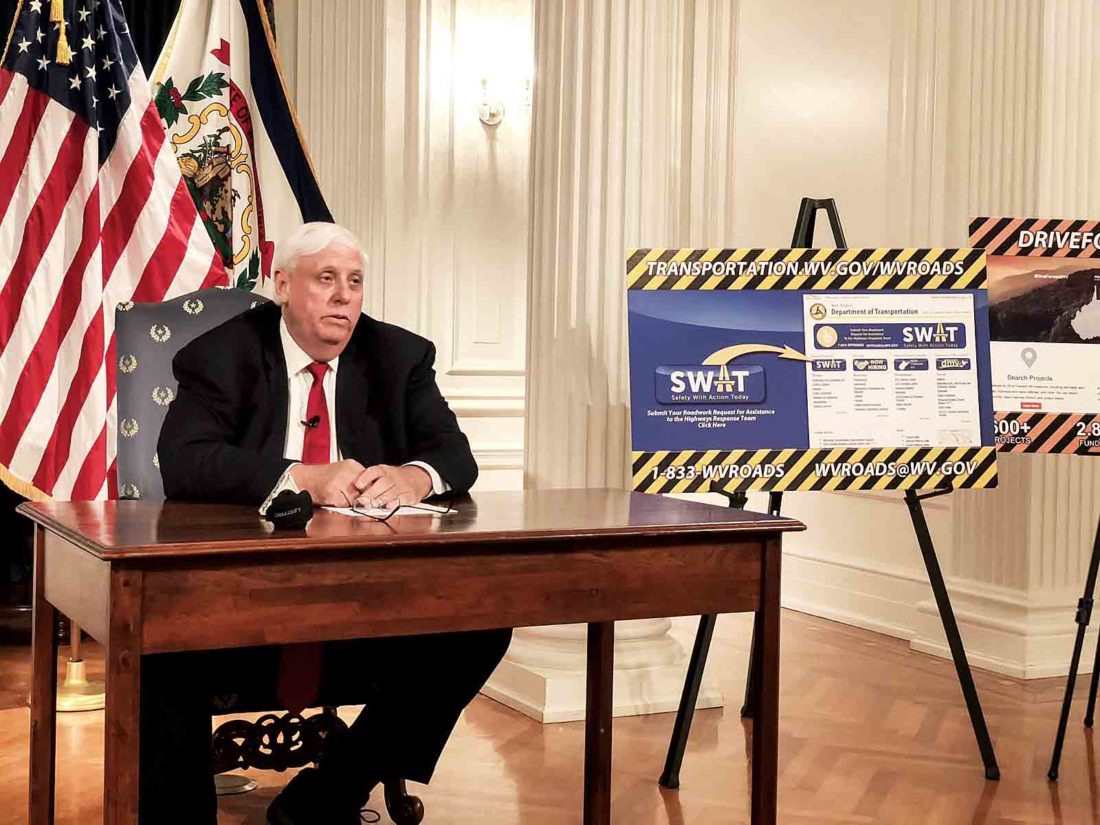 CHARLESTON – State officials hope two new websites help give the public more oversight of road construction projects and a voice in what gets fixed.

Gov. Jim Justice and Department of Transportation Secretary Tom Smith unveiled the websites during a press conference Monday at the state Capitol.

The first website, DriveForwardWV.com, will allow the public to track road construction projects funded by the Roads to Prosperity program.

The status of more than 600 projects can be tracked by county, highway or district. The website gives estimated start and finish dates, approximate costs of construction and interactive maps.

“It gives the public a site they can go to and monitor the 600 construction sites that are going on throughout this state as to where we are and what we’re doing,” Justice said during a brief appearance at the press conference. “It gives them a link to go to and to actually see all the different things.”

The second website, available at transportation.wv.gov/wvroads, is the home to the Department of Transportation’s new highways response team. Safety With Action Today, or S.W.A.T., is a call center and website dedicated to give the public a place to send roadwork concerns.

Either through the website or a toll-free number, the public can send in specific concerns about road hazards or needed road improvements. A S.W.A.T. representative will respond to the concern in one business day and make a determination in one week.

“As much as we would like to be able to inspect every foot of every road, the best inspectors we have are you,” Justice said. “There could be times where we could very easily miss things out there that need attention.”

The office already launched wvCheckbook.gov, which allows the public to monitor state government spending in real-time. State Auditor J.B. McCuskey said once bond money starts being spent, the public will be able to track that on wvCheckbook.

“As was stated at the time of the road bond campaign, we promised the taxpayers that finances dealing with the Roads to Prosperity bond money would be included on the transparency website,” McCuskey said. “I welcome this additional website and presentation of this information by the governor, and look forward to making sure the people of the state have the same access to how their money is being spent as do the bureaucrats in Charleston.”

“For good or for bad, it’s the centerpiece of what I felt like we needed to do to jumpstart this state and get our state moving,” Justice said. “It’s done that, and we’re really proud of what’s going on.”

Both new websites can be found on the Department of Transportation’s homepage at transportation.wv.gov. The homepage includes a button for those seeking some of the many jobs available with the Division of Highways.

“If you want a good job and you want to live in paradise, come to West Virginia,” Justice said. “We know how truly great this place is, and really now what we have is great paying jobs. We’re looking for good people.”

Also during the press conference, Justice and Smith presented WVDOT employee Tina Bragg with a proclamation honoring her for a recent rescue.

Bragg, who has worked for the department for seven years, is the supervisor of the I-68 Coopers Rock Maintenance Center serving Monongalia and Preston counties. She is also a member of her local volunteer fire department.