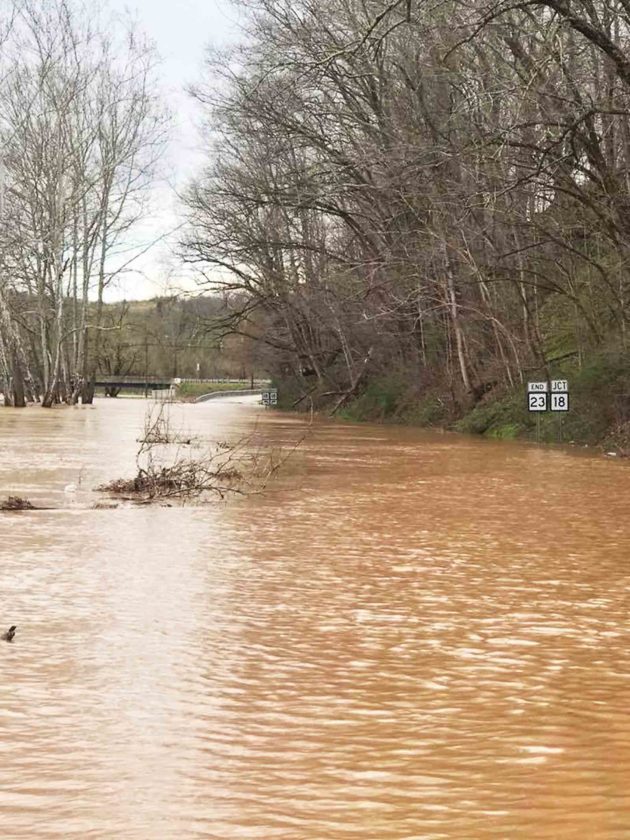 Water covers the intersection of West Virginia 18 and 23 at Alma in Tyler County Monday. (Photo provided by Rachael Baker)

The Little Kanawha River topped 25 feet at Glenville, where the flood stage is 23 feet, but it was nothing Gilmer County residents haven’t seen before, said Eric Squires, director of the county’s Office of Emergency Management.

“This is pretty routine for our area,” he said. “People know what to do.”

Friends and family were helping residents of the Brooklyn area secure their houses, where water had been reported in basements but not the living quarters Monday afternoon, Squires said. And while the water level was still rising near Glenville around 3:30 p.m., he said he expected it to crest soon since the river at Sand Fork was already receding. 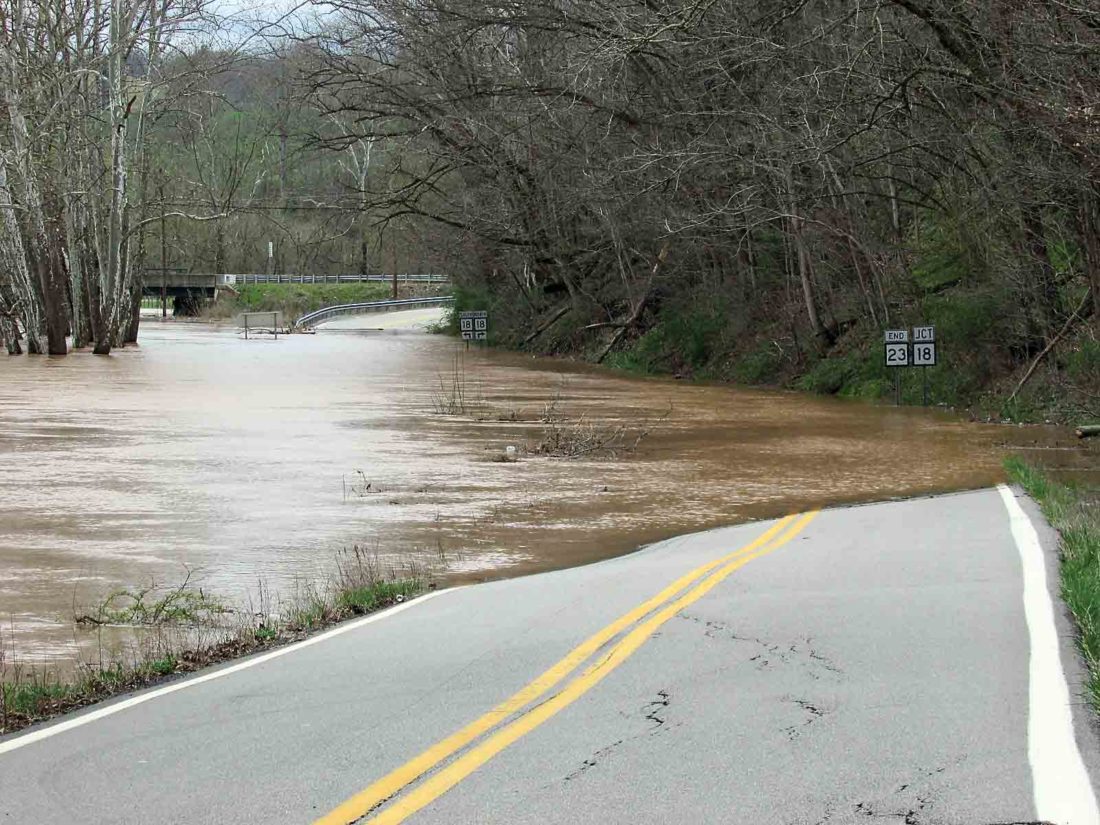 Water covers the intersection of West Virginia 18 and 23 at Alma in Tyler County Monday. (Photo provided by Tammy Riggs)

Flooding was also reported along Middle Island Creek in Tyler County. According to the National Weather Service, the water level had reached 18.39 feet at Little as of 3:30 p.m., but county Office of Emergency Management Director Tom Cooper said no problems had been reported.

“This happens all the time,” he said. “It came up really fast and hard, but that’s not uncommon here.”

Cooper said flooding has been a bit more frequent this winter and spring but no more severe than usual.

On Monday morning, the Calhoun County 911 Facebook page noted “multiple reports of mud slides in the county as well as trees and debris in the road.”

A slow-moving system dumped rain on a number of counties to the east of Parkersburg Monday, said Maura Casey, meteorologist with the National Weather Service in Charleston.

“The heaviest rain fell over the headwater regions of a lot of rivers,” she said, noting those areas are in and around Nicholas, Pocahontas, Randolph and Webster counties.

That means that while the rain is expected to subside, river levels will still rise the next couple of days. The Little Kanawha was projected to crest at Elizabeth early this morning, and the Ohio River will rise but still remain “much below flood level,” Casey said.