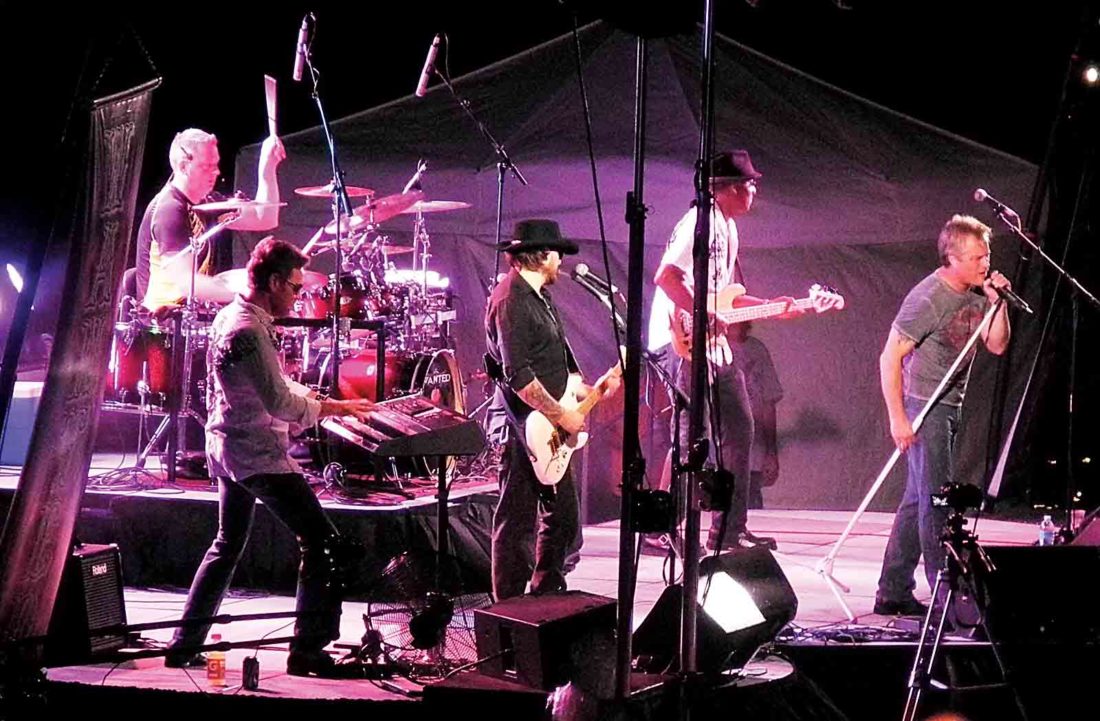 The band Wanted, a Bon Jovi tribute band, performs during the 2016 concert series and will return as the finale of the 2018 season. (File Provided)

PARKERSBURG — It’s going to be new faces for the 2018 Point Park Concerts on the River summer lineup, sponsored by McClinton Mitsubishi, according to Wendy Shriver, executive director of Downtown PKB.

The concert series is in its seventh year with the Friday shows beginning at 8 p.m.

“Three of the acts have not played the series before,” Shriver said Monday morning. “The Bon Jovi tribute band Wanted has been here before but the others haven’t.”

The tribute band style concert lineup is as follows:

* June 1 – Sounds of Summer (tribute to the Beach Boys)

Shriver added, “The Beach Boys band is a younger guy band and they sound very much like the Beach Boys in their younger days.”

Shriver said it had been several years since a country tribute had made an appearance.

“The last country show was in 2016 and was a Kenny Chesney (Pirate Flag) show. That was one of the largest and best received crowds we have had. The performer went through the audience and you could see people singing along. It was a great show,” she said.

The Point Park Concerts on the River is a free-admission concert at Point Park, which is located behind the Parkersburg flood wall. Should the event be moved for weather or river conditions, the backup venue is Parkersburg High School auditorium.

Concert patron chairs are available once again and the price is $80 per chair. The seats are available, beginning April 16, on a first-come, first-serve basis at downtownpkb.com.