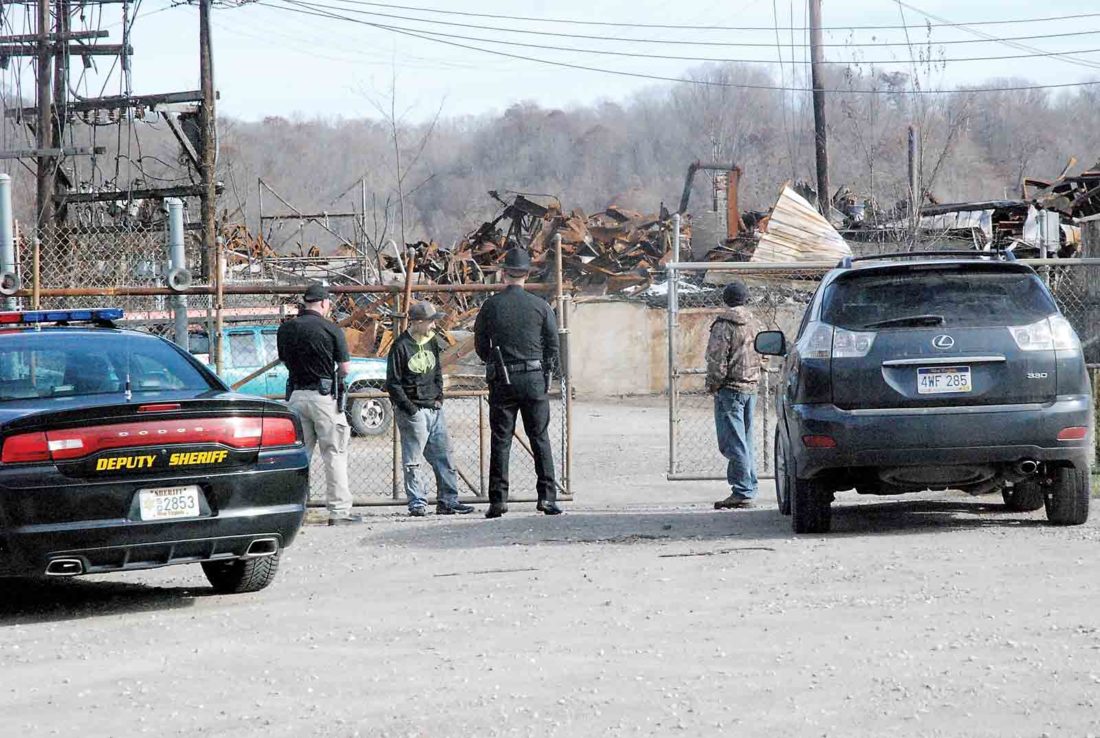 Parkersburg resident Aaron Wayne Callihan, second from left, talks with Wood County Sheriff’s deputies and an employee at the IEI plastics site, right, after he was reportedly caught stealing copper from the site Monday morning. Callihan was cited for petit larceny and trespassing. (Photo by Evan Bevins)

PARKERSBURG — A Parkersburg man was cited after allegedly trying to steal scrap from the site of the burned-down IEI Plastics warehouse on Old Camden Avenue.

“He tried to flee from them, and they tackled him and were able to keep him here until we arrived,” Pickens said. “He confessed to knowing he was trespassing, and he confessed to trying to steal copper to buy cigarettes.”

Pickens said Callihan found an opening in the fence around the area and crawled under it to get inside.

Wood County Sheriff Steve Stephens said there have been no other reports of trespassing or theft on the site.

“This is the first one that I’m aware of,” he said.

Stephens said the Naik company, which owns the plant site, has taken steps to secure the area.

“They have their own security there,” Stephens said.

Sunny Naik, accounts manager for SurNaik Holdings of WV, could not immediately be reached for comment.