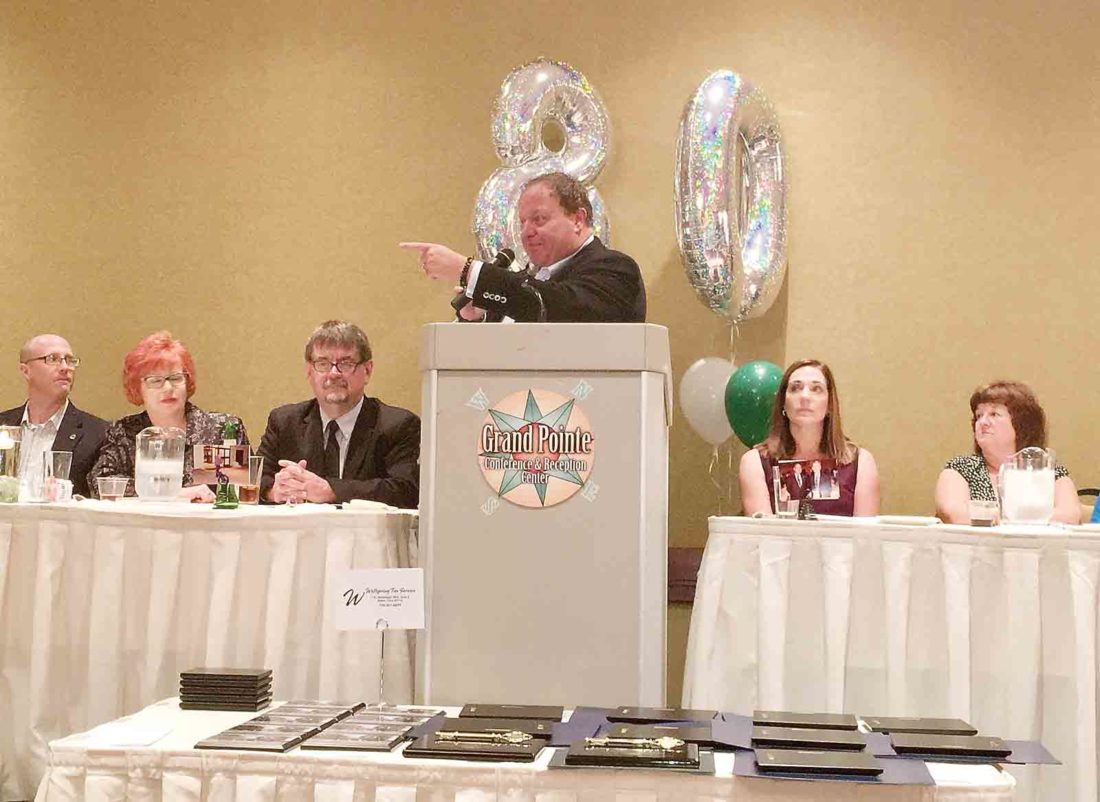 VIENNA — Thursday marked a milestone for the Belpre Area Chamber of Commerce with its 80th annual chamber dinner at the Grand Pointe Conference Center.

Karen Waller, executive director of the chamber, said the speaker for the dinner was Jeff Chaddock, a 1984 Belpre High School graduate and the top financial adviser from Ameriprise, managing a total of approximately $2 billion in client assets with a team of 39 individuals.

Waller said every year they look for someone with a community connection.

“We have lots of natives who are successful and have a message to present so Jeffrey fit that bill in every way,” she said.

Chaddock said he was talking about three ways to give back to a community.

“The mission is give back in three ways to your community to make it more prosperous –I call it the trifecta,” he said. “First is grassroots volunteering for those who can get out and do something, leadership and lastly giving money, write a check.”

Chaddock said the one thing every community needs is something that gravitates to tourism, brings people together. “Some cities have craft brewing and other cities do it from festivals. Something that is a beacon to us all to be focused.”

Chaddock said others can help their community by giving back through planned giving.

“It’s not too early to do that,” he said. “At one time people were very cognizant with what they would do with their estates at age 65,” he said. “Now that people are living longer they are not making planned gifts and not making commitments to a charity or they are not doing it.

“The focus is give today, give tomorrow with planned giving and make sure you are making an indelible difference to your community by giving back.”

Waller said over the years the chamber dinners have changed from looking at the successes of one sector to looking back on the success of all sectors.

“In the earlier days the dinners were not quite like this,” she said. “They were more industrial dinners because the community had more of an industrial connection,” she said. “It was more like an industrial recognition dinner and there was also a ladies night later on in the year.

“As you can see today we are celebrating all kinds of business.”

Waller said many businesses are members of the chamber on both sides of the river.

“It’s truly a MOV event,” she said. “I believe all of our chambers are reaching into other communities. We have members who are members of other chambers.”