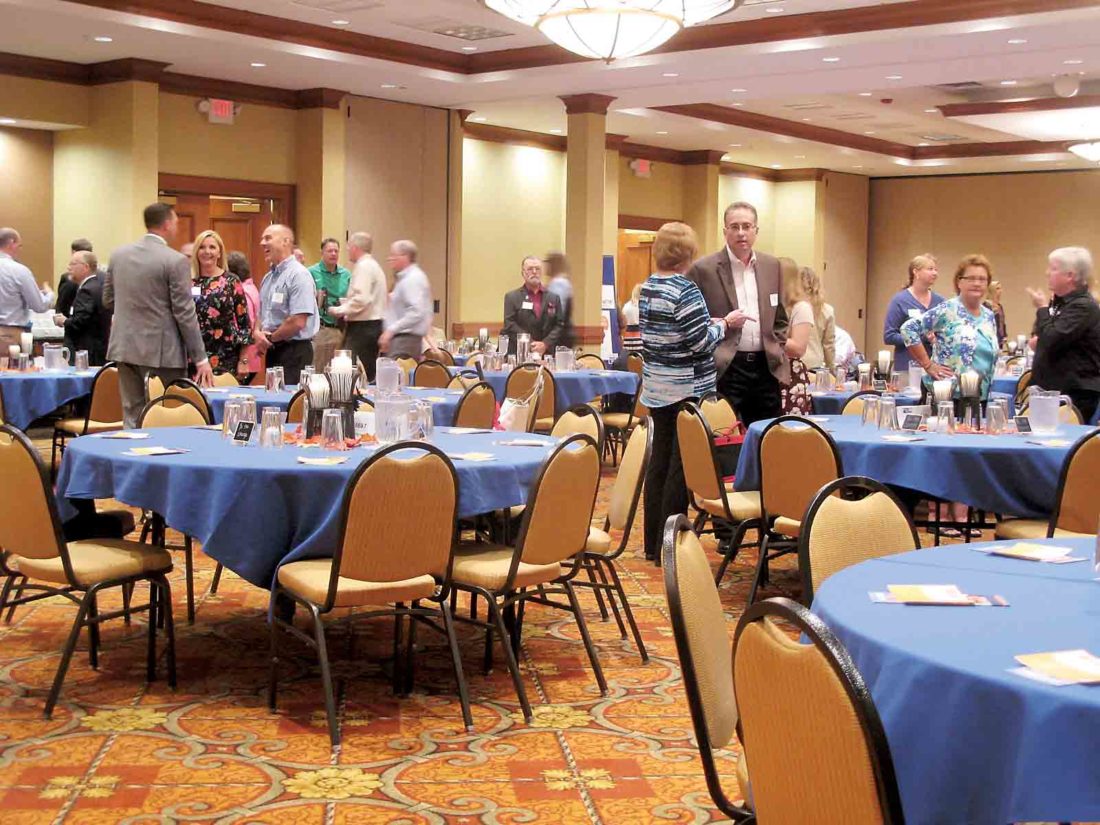 About 150 representatives of the United Way Alliance of the Mid-Ohio Valley and its partner agencies Tuesday morning attended the annual Community Leaders Breakfast at the Grand Pointe Conference Center. The goal for 2017-18 is $775,000. (Photo by Jess Mancini)

VIENNA — The United Way Alliance of the Mid-Ohio Valley Tuesday morning kicked off its 2017-2018 campaign and announced the goals for the regional fundraising drive.

The United Way held its annual Community Leaders Breakfast at the Grand Pointe Conference Center where Campaign Chairman Aaron Stone said the goal is to raise $775,000.

“We feel very confident that we are going to hit it,” Stone said.

The United Way Alliance serves 10 counties in the region with more than 40 partner agencies, such as the Red Cross, SW Resources and the Right Path for Washington County. Additional United Way programs include WV 211, the Hunger Solutions and Back to School initiatives, Warming Hands and Hearts Utility Assistance Collaborative, the FamilyWize prescription drug program and the FEMA emergency program representative. 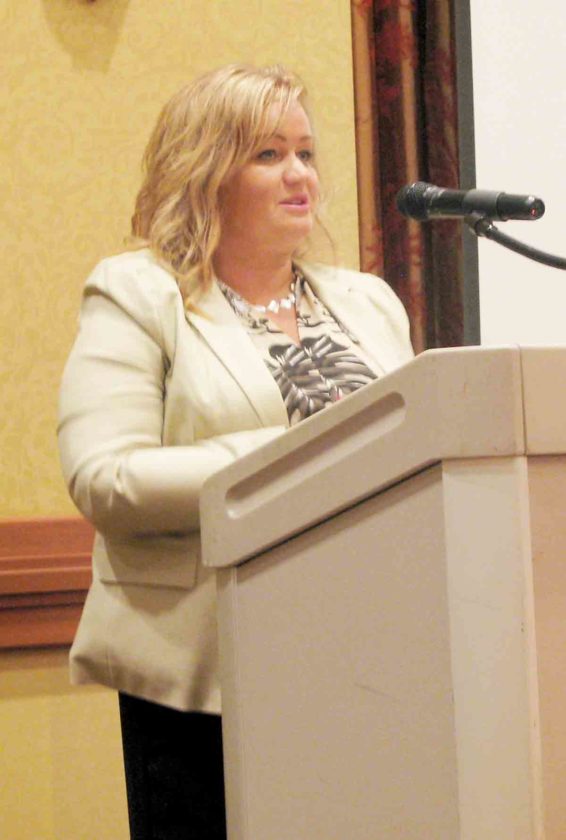 Stacy DeCicco, executive director of the United Way Alliance of the Mid-Ohio Valley, encourages the audience to raise $1,500 to buy 8,000 pounds of food for the Mountaineer Food Bank Tuesday morning during the Community Leaders Breakfast at the Grand Pointe Conference Center. (Photo by Jess Mancini)

“When that happens, that’s when the community needs us the most,” she said.

Tickets went on sale Tuesday and are $100 for an individual and $175 for two.

Also this next year, the United Way will encourage participation in its Pacesetters Club, made up of donors starting at $500, and how it handles grants for other agencies for which it incurs administrative expenses, Stone said. 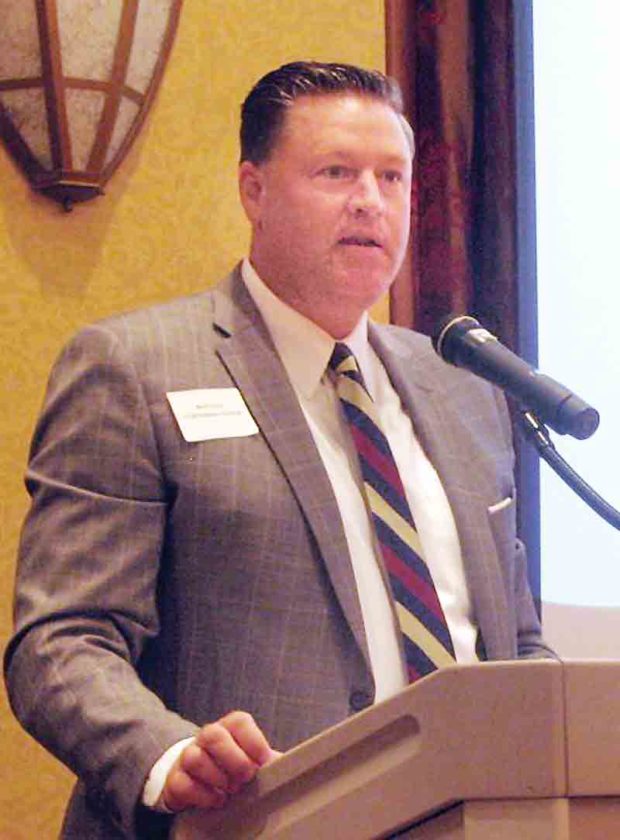 The Pacesetters is a large amount of money, he said.

“The larger gifts account for a significant part of our campaign each year,” Stone said.

About 150 people attended the announcement.

Dunn spoke about the impact the United Way has on the community. Stone cited the Hurricane Harvey relief efforts in Texas by the Red Cross.

Student Volunteer of the Year was Jack Johnson. Graham Nesselrode was recognized as the first president of the Student United Way Board.