Route 2 and I-68 group meets with U.S. Rep. David McKinley 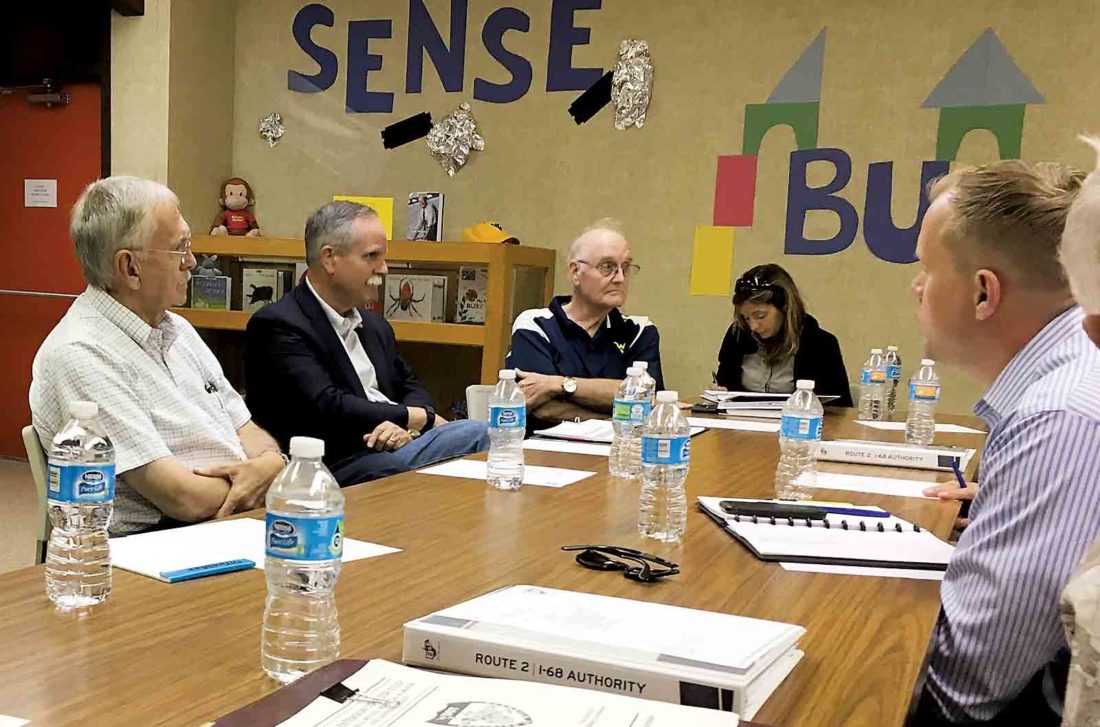 NEW MARTINSVILLE — The West Virginia Route 2 and I-68 Highway Authority this week in New Martinsville met with U.S. Rep. David McKinley, R-W.Va., to discuss ways to expedite the Route 2 expansion and extending I-68.

“The congressman has been a big proponent in Washington for both of these road projects,” said Charles Clements, executive director of the authority. “This conversation builds on meetings that we had with him last year to discuss the importance of these two road projects to our 10-county region.”

Discussion included the economic impact that would result from the completion of the two highway projects and the importance of moving these projects toward the top of the Department of Transportation’s Transportation Investment Program released earlier in the year.

“A total of four sections of Route 2 were included on the DOT’s project list,” said Clements, who also is a member of the West Virginia Senate. “However, while the (state transportation department) can decide which roads to build, Washington plays an integral part in ensuring funding is available for these projects.”

“This meeting was a good step in continuing our conversation moving in the right direction in regard to the importance of finishing these road projects,” Clements said. “We are encouraged by the congressman’s ongoing support of our efforts.”

Department of Transportation Secretary Tom Smith and representatives of the Regional Economic Development Partnership, the Bel-O-Mar Regional Council and the BHJ Metropolitan Planning Commission joined the Authority for this meeting.

The Authority was created by the West Virginia Legislature in 1997 and includes representatives from Hancock, Brooke, Ohio, Marshall, Wetzel, Tyler, Pleasants, Wood, Monongalia and Marion counties. The authority is charged with the expansion of Route 2 from Parkersburg to Chester to a four-lane highway and the extension of I-68 from I-79 to Route 2.