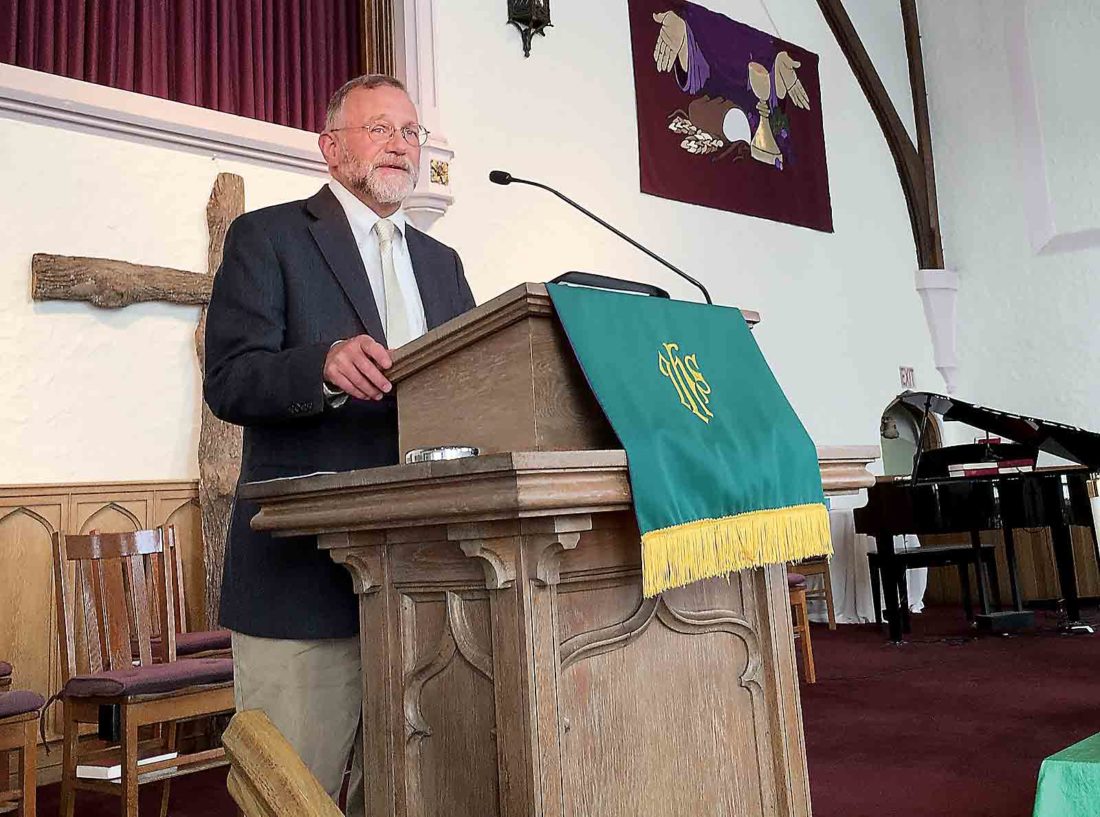 Photo by Michael Erb Jeff Allen, executive director of the West Virginia Council of Churches, speaks Friday during a faith and health forum at the First Christian Church on Washington Avenue in Parkersburg.

PARKERSBURG — Members of the religious community gathered Friday to voice their concern over potential changes to the Affordable Care Act and how it would affect health care in West Virginia.

The public forum was held at the First Christian Church on Washington Avenue in Parkersburg and featured six speakers representing different religious organizations and denominations.

The Rev. Janice Hill, who gained national recognition for her plea for Sen. Shelley Moore Capito, R-W.Va., to vote against the Senate health care bill after a video of the exchange went viral, organized the event.

“We felt it was necessary to speak out against the health ‘uncare’ bill that is being proposed in the Senate and the House,” she said Friday. “We’ve come together as a group of interfaith people of faith who are opposed to the bill.”

The Republican bill seeks to repeal and replace the Affordable Care Act, also known as Obamacare, which was put into place by former President Barack Obama. Repeal of the bill has been a campaign goal of Republicans and Republican President Donald Trump.

The Senate plan has been heavily criticized, with opponents saying it would leave millions without health care coverage and would severely impact states such as West Virginia which has higher populations of elderly residents and low-income families.

“We want to give a voice to those who are struggling to be heard on this issue,” said Jeff Allen, executive director of the West Virginia Council of Churches. If the legislation passes, “we’re looking at about 195,000 (West Virginia residents) who will fall out of Medicaid. About 19,000 children will lose their health insurance.”

Allen said officials believe the elderly and those with disabilities will be hit especially hard, and those with pre-existing conditions may see lifetime caps placed on their insurance payments, meaning they eventually will run out of insurance coverage for life-long illnesses.

Allen said while there are issues with the ACA, repealing the law is not the solution.

“We’re hoping Congress can come together in a bipartisan forum to correct the Affordable Care Act for the benefit of all people in the United States,” he said.

“Health care should be a right,” said Carol Sedgwick of the Baha’i community. “What society doesn’t take care of its people?”