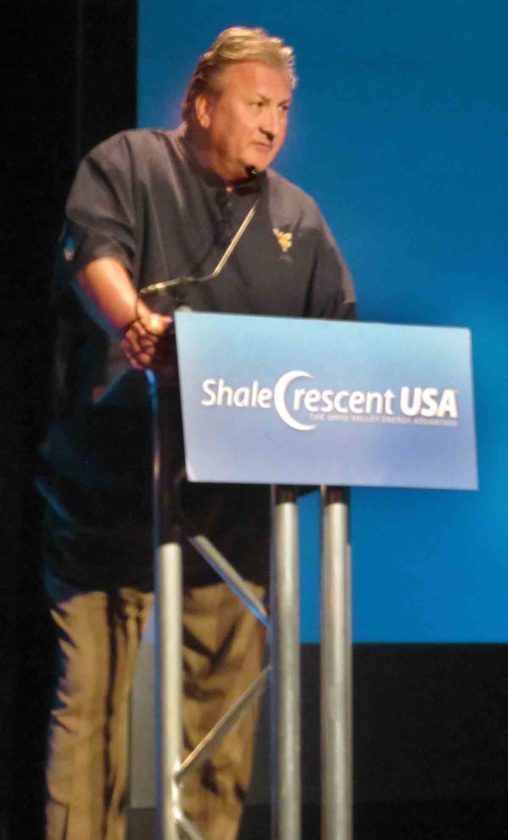 West Virginia University basketball coach Bob Huggins was the keynote speaker Tuesday at the Smoot Theatre in Parkersburg for a presentation by Shale Crescent USA regarding efforts to encourage local development based on the area’s natural gas resources. (Photo by Wayne Towner)

PARKERSBURG — Bob Huggins, head basketball coach at West Virginia University, spoke about the necessity of hard work and the ability to embrace change when necessary to succeed during a presentation at the Smoot Theatre on Tuesday in a program organized by Shale Crescent USA.

About 500 area business leaders and residents attended Tuesday’s program by Shale Crescent USA, which is an economic development initiative focused on attracting high-energy intensive manufacturing industries to the Mid-Ohio Valley and encouraging business growth based upon the area’s natural assets, geographic location, experienced workforce and abundant natural gas with the lowest natural gas prices in the developed world.

Wharff and McPhail spoke about the importance of growing the area’s economy and communities. Shale Crescent is working to highlight and attract new industry built on the natural gas and other resources available.

“It’s time that we use our strengths,” McPhail said, citing the Mid-Ohio Valley’s location, its abundant water resources for industry and transportation, its workforce and the low energy costs. 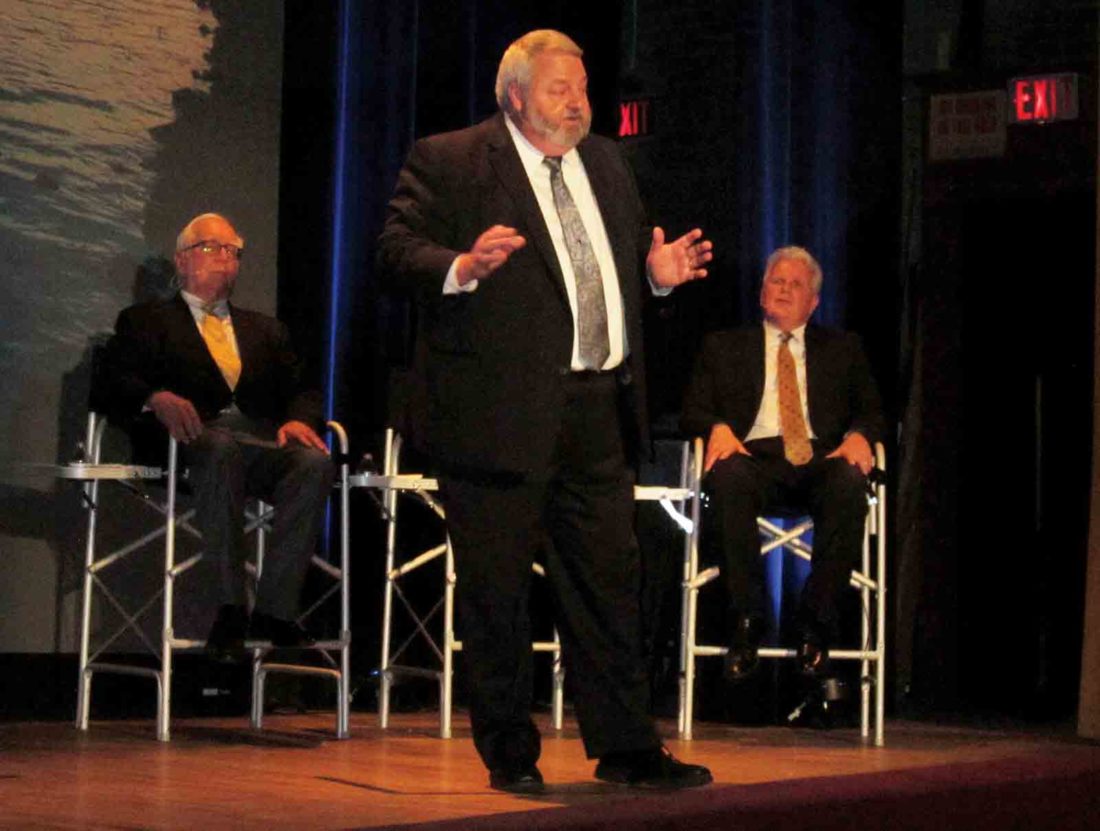 The goal is to seamlessly provide information and resources for companies and entrepreneurs looking to relocate, expand or startup. Information and resources include available properties, access to capital, workforce, incentives and taxes, energy and utilities as well as connections to political, financial, supplier and customer networks, he said.

During his 45-minute presentation, Huggins talked about his experiences growing up and playing sports in West Virginia and Ohio and about his athletic and coaching careers. One of the important things he talked about is the need to be prepared to make changes when needed to succeed.

Following a downturn in his team’s accomplishments, Huggins said he spoke with someone who advised him to change the team’s direction and strategy in a new way. He made those changes and they helped turn the team around, leading to new successes.

He also talked about the need for hard work as an ingredient for success.

“The harder you work, the better chance you will have to be successful,” Huggins said.

Also during Tuesday’s presentation, Kandel, Witt and James talked about the importance of attracting new industry to the local area based on the natural gas resources available in Ohio, Pennsylvania and West Virginia. If those three states formed their own country, it would immediately be the third largest natural gas producer in the world, the three men said.

“Shale Crescent is unique. It is not tied to any political geography. It bridges the Ohio River and brings us together for economic development,” Kandel said.

“At the beginning of the last decade Pennsylvania, Ohio and West Virginia produced 3 percent of the nation’s natural gas,” James said. “Today they produce 30 percent and that is growing rapidly to 35 percent.”