Flags representing all branches of the military and prisoners of war were flown above the heart in observance of Military Awareness Month and Memorial Day. (Photo Provided)

This flag was hoisted above the memorial in observance of Memorial Day last week. (Photo Provided) 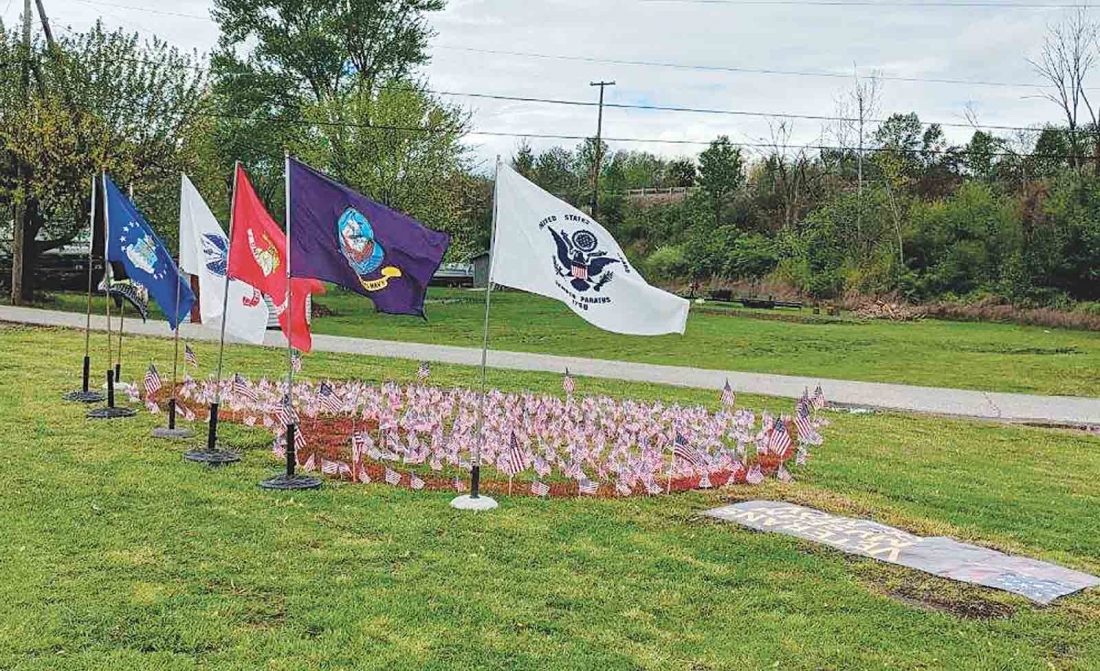 Flags representing all branches of the military and prisoners of war were flown above the heart in observance of Military Awareness Month and Memorial Day. (Photo Provided)

PARKERSBURG — To observe National Military Awareness month, the Veteran’s Museum created a special memorial to recognize veterans and their sacrifice.

Over 800 American flags were used to form a heart with each flag representing the military branches and the prisoner of war and Vietnam Veteran flags.

Last Sunday, a large American flag was hoisted 105 feet into the air in observance of Memorial Day.

April Binkney, board secretary of the Veterans Museum, came up with the idea after finding inspiration from a Purple Heart she came across at the museum.

“My son was helping me and we found a tattered and torn purple heart. It was with letters that he had written in World War II,” Binkney said. 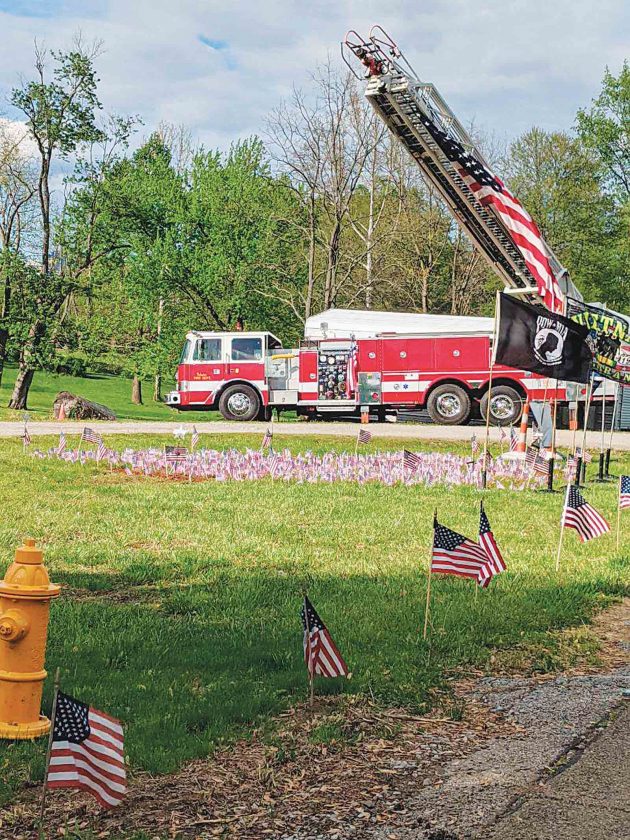 This flag was hoisted above the memorial in observance of Memorial Day last week. (Photo Provided)

With the pandemic, options were limited in order to observe Memorial Day and Military Awareness Month but this was an outdoor option on private property that people could drive by and see.

“I tried to get as many veteran’s to visit the memorandum and (show) how important it is to treat our military with the respect they deserve, “ Binkney said.

The memorial, located on 95 close to the Old Corral Bar, was well received by those who are able to see it, she said.

“A lot of people would stop and tell them how beautiful it was. The whole neighborhood really participated. Our whole street was really decorated from the beginning to the end,” Binkney said.

A similar memorial will be placed in the same location next month in observance of Post Traumatic Stress Disorder awareness for the month of June.

Along with the memorial, the museum will plan a dice run with the USA Military Motorcycle Club.

With these efforts to support the military and fallen veterans, Binkney said it’s important to teach and preserve history.

“They did a great sacrifice for us. As a museum, we need to teach young people history, to have it presented and feel a part of it. If we don’t share our history, we’re doomed to repeat it,” she said.