Board members of Out MOV, an LGBTQ organization in the Mid-Ohio Valley, work a table together during a February event. (Photo Provided)

At center, Christopher Hansen, of Norwalk, Ohio, participates in Akron’s Pride festivities. Hansen is a survivor of the Pulse nightclub mass shooting in Orlando on June 12, 2016. (Photo Provided) 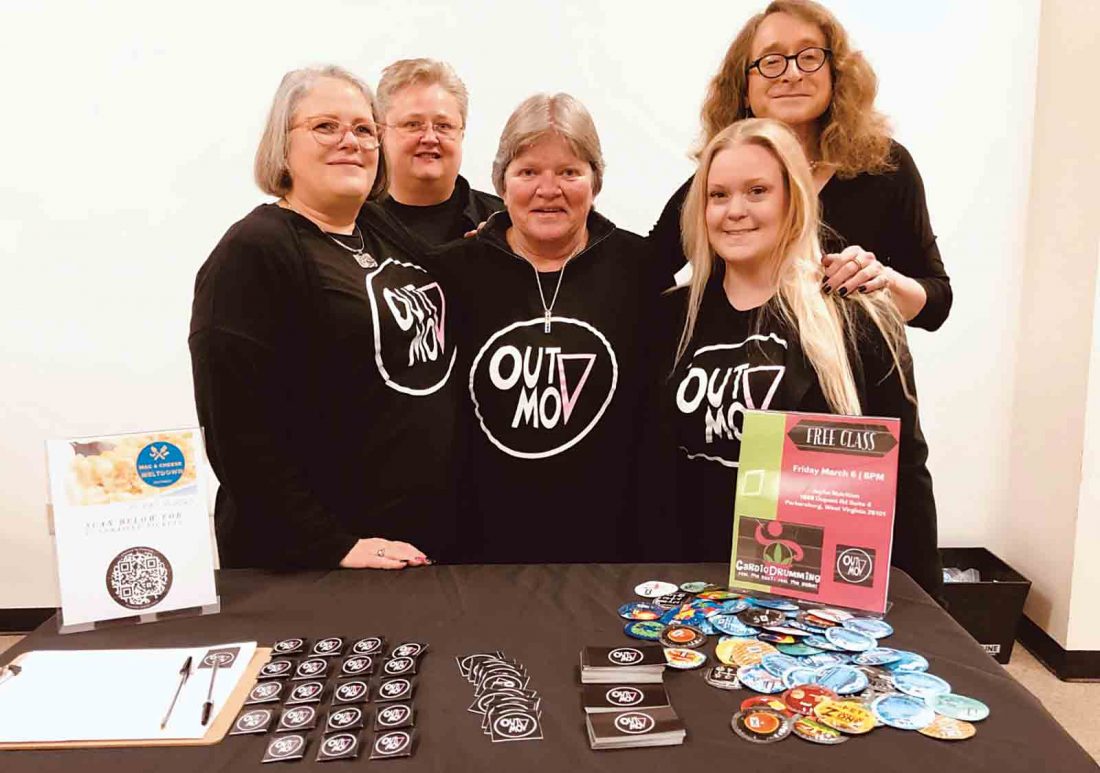 Board members of Out MOV, an LGBTQ organization in the Mid-Ohio Valley, work a table together during a February event. (Photo Provided)

Chris Hansen’s life changed significantly June 12, 2016. He was getting a final drink at the bar of Pulse, an Orlando nightclub, when a man attacked the more than 300 people there. The mass shooting killed 49 people and injured another 53.

Hansen still keeps in his home the Time magazine edition that features the victims, their pictures and stories.

“Sometimes I look at it and wonder, why was I not on that list?” Hansen said, emotion gripping his voice.

He wasn’t on that list, and that’s why he’s made it his mission to remember and honor those who were. For the past two years, Hansen, of Norwalk, Ohio, created and is campaigning to make June 11 a nationally recognized day called Reflections of Resilience Day, to remember and honor people who have suffered from acts of hate.

This year, his plan was to hold an event at the Huron, Ohio County Courthouse, during which he would read names of victims of hate crimes and violence, tell their stories and ring the courthouse bells to recognize them. However, due to the COVID-19 pandemic, those plans may have to change. 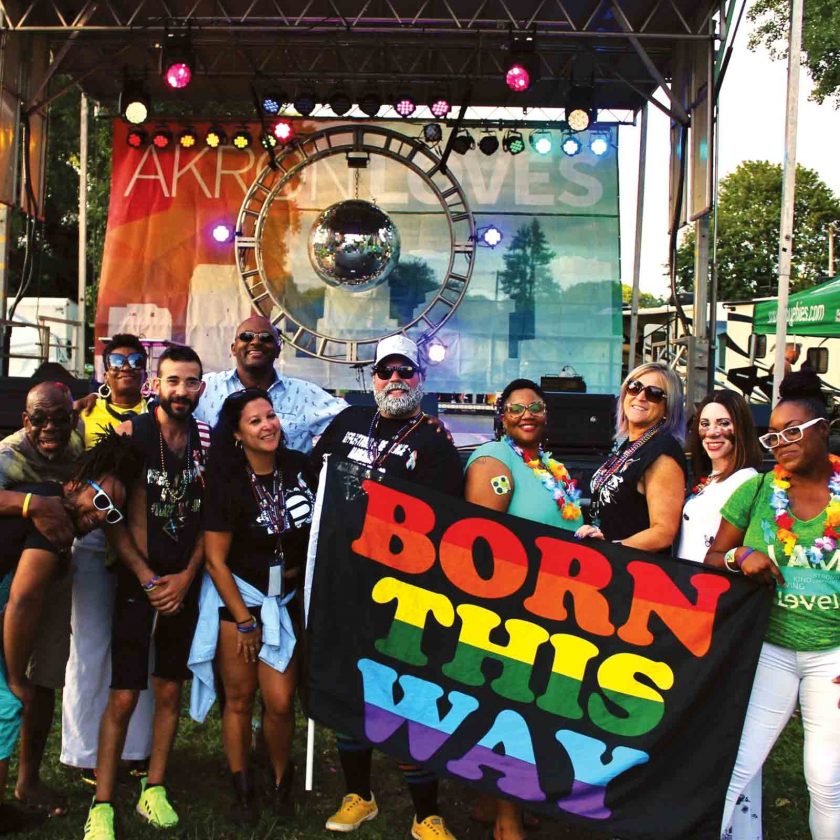 At center, Christopher Hansen, of Norwalk, Ohio, participates in Akron’s Pride festivities. Hansen is a survivor of the Pulse nightclub mass shooting in Orlando on June 12, 2016. (Photo Provided)

“Even if the event gets canceled, I’ll get a little hand bell and ring it,” Hansen said. “I will not let this day not get celebrated or those that need to be honored not be honored. If I have to sit up there and do it on Facebook Live, I will.”

Hansen, who attended his first Pride celebration at 19 in Washington, D.C., feels very strongly about celebrating Pride each June.

“Pride is more than a drag show and parade,” he said. “It’s an expression that you have a place. It is so important because you don’t know what it will give each person, whether it’s a smile on their face or another day to live.”

Hansen’s event isn’t the only one that could be impacted by the pandemic. With June being LGBTQ Pride Month, several Pride parades and festivals across the country have had to be postponed or canceled.

Washington, Pennsylvania was supposed to have its first ever Pride festival June 27th. The organization hosting the event, the Washington County Gay Straight Alliance, announced Monday that they will have to cancel the event.

“We care about the safety and wellness of our sponsors, vendors, community partners, and entertainers that have been excited to work with us in this first-time event to celebrate the LGBTQA+ community in Washington, Pa.,” the Washington PA Pride Committee wrote in the news release. “The attendees to this event are very important to the WCGSA, Inc. and we do not wish to jeopardize their health and wellness.”

“We have all lost sleep and agonized over this,” said Kathy Cameron, one of the founders of the Washington County Gay Straight Alliance. “We’re all very sad. Hopefully it will be a different world next summer.”

The inaugural event was moved to June 26, 2021, though they may try to still celebrate in a much smaller way this year. The committee said in the release that they will “evaluate our options,” whether it be a virtual or small group celebration, depending on the status of the pandemic in June. Cameron said if they do have a small-scale event, they won’t use sponsor money for it.

Cameron said they had so much support from the community to have a first-ever Pride festival. She said the organization owes it to their sponsors to do the inaugural festival the right way next year.

“It’s something they really wanted to see happen in Washington County,” she said. “Everyone has been generous and on board. It was really a feeling of acceptance in a smaller rural community. It was going to be the first time and to give that up, it’s sad.”

In the Mid-Ohio Valley, Jeanne Peters is the president for Out MOV, an organization that hosts an event each October, which is National Coming Out Month. She said they haven’t canceled their fall event yet, but they will if it remains unsafe.

Peters said Pride celebrations are so important to the LGBTQ community, calling them a “sacred place.”

“Not only do they reinforce visibility, they also give us a place to be with our family, with our community and feel safe,” Peters said. “It’s that one spot where you can just be yourself and be surrounded by people who get it. The loss of those celebrations this year is going to be devastating.”

Social distancing for many people, including folks in the LGBTQ community, means isolation that can be scary and difficult.

“Our organization was generally having a get together once a month,” Peters said.

“So many people rely on that. We’re a family for each other.”

In Winchester, Virginia, Victoria Kidd, a member of the Pride steering committee, said the group moved its event, originally scheduled for June 20, to Oct. 24. She said it will be their third year, and that they typically attract between 4,000 and 6,000 people from all over the region.

“It’s very important to a lot of people,” Kidd said. “It was a very hard decision. The most critical piece was ensuring that our guests were going to be safe.”

She said that even with postponing the event, not having a June celebration will still be disappointing for people who look forward to an annual celebration of their identities. Kidd challenged people to take this time to research LGBTQ history in their own communities.

“Especially for people who have not lived through the history, learning about important figures and historical events is something that would be a good use of this time,” she said.

“We’re all in this together,” she said.