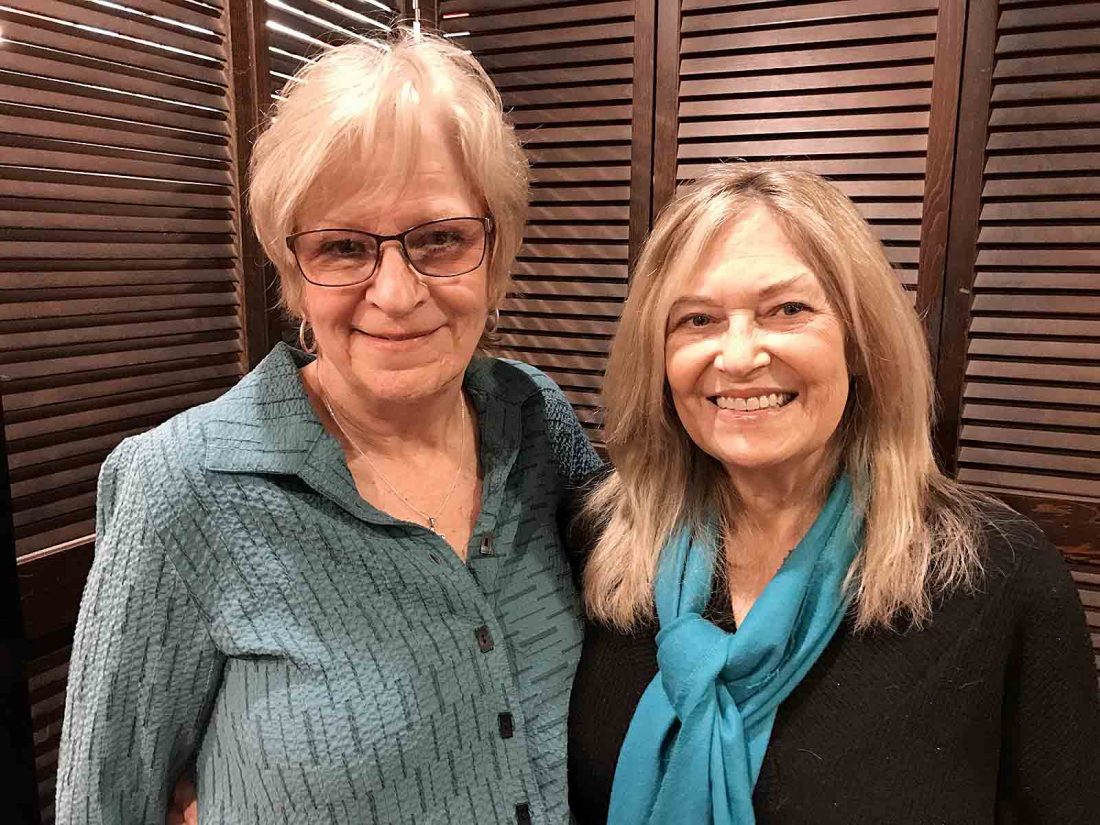 PARKERSBURG — When a doctor told Sally Delli-Gatti of Vienna she needed a kidney transplant, a friend was ready to help.

Jane Sutton of Parkersburg had been waiting for the opportunity to donate a kidney to her longtime friend Delli-Gatti.

Delli-Gatti, who celebrates her 68th birthday today, and Sutton, 67, said they are doing well since the kidney transplant on Jan. 24 at The Ohio State University Wexner Medical Center.

Sutton said she becomes tired at times and experiences soreness but has no pain.

Delli-Gatti said she also becomes tired but is getting stronger. She received a good medical report on Wednesday during her checkup at OSU.

The kidney began working immediately after the transplant, Delli-Gatti said. “The doctors were shocked how fast it worked. It was meant to be,” she said.

“It was my honor to give Sally a kidney,” Sutton said. “It means that she will be around a lot longer and we can continue to do fun things together!”

Delli-Gatti said she is “grateful, thankful and blessed” to get a functioning kidney.

“We are so lucky. What a gift,” Delli-Gatti said.

Having seven grandchildren, Delli-Gatti said she wanted to be “around for a while.”

On April 4, 2018, a doctor told Delli-Gatti she needed a kidney transplant.

Her kidneys were working at 10 percent of capacity at the time of the transplant. Delli-Gatti was facing the prospect of kidney dialysis, which she did not want to do.

The two women have known each other since grade school in Parkersburg and their families were members together at the Parkersburg Country Club. Both are 1970 graduates of Parkersburg High School and attended VanDevender Junior High.

Delli-Gatti and Sutton said they received a lot of support from family and friends during the transplant procedure. Friends helped with transportation to the Columbus hospital and provided food after the transplant.

Sutton said her biggest supporter has been her husband of 38 years, Terry Sutton. Terry, who does not “sit and wait well,” spent many hours at Wexner Medical Center during the transplant procedure.

Terry supported Jane’s decision to provide a kidney to Delli-Gatti. “He (Terry) has supported us both through this whole process,” Jane said.

Testing began in January 2019 to make sure the friends were healthy enough for a transplant and were a compatible kidney match. Delli-Gatti required two surgeries for different medical issues before the kidney transplant.

A hereditary medical condition had diminished the functioning of Delli-Gatti’s kidneys.

Sutton and Delli-Gatti began talking about the possibility of a kidney transplant 10 years ago.

Sutton said she was ready for when that time arrived.

“I was never afraid,” Sutton said. “I was excited to give.”

The OSU medical staff was amazed how excited Sutton was to donate a kidney to help Delli-Gatti, the two women said.

Sutton’s kidney was removed and transplanted to Delli-Gatti the same day.

The transplant has relieved Delli-Gatti of the worry of having her kidney completely fail, she said.

Sutton and Delli-Gatti plan to host an organ donor awareness event this spring.

“We are sisters,” Delli-Gatti said.

Two other longtime friends from the Parkersburg High School Class of 1970 participated in a kidney transplant. Cathy Bell of Vienna donated a kidney to John Oesterle of Parkersburg at the University of Pittsburgh Medical Center in 2015.