Mid-Ohio Valley Players to present ‘And Then There Were None’ 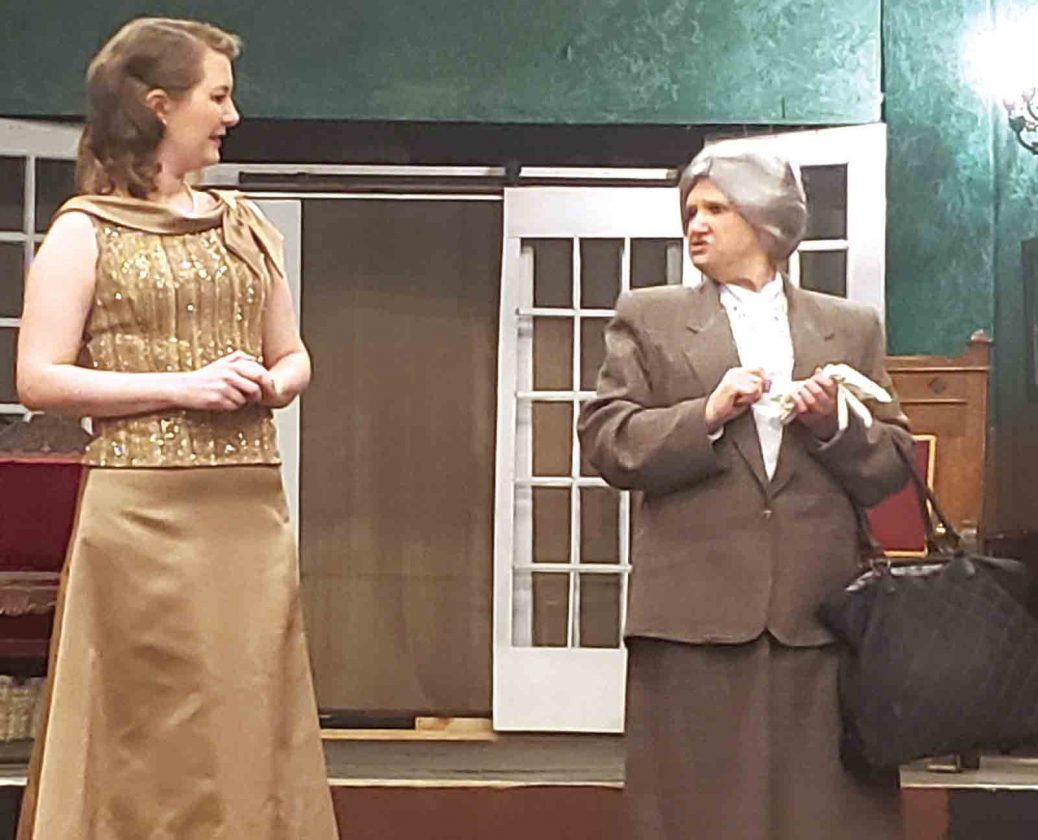 Brianna Johnson is Vera and Sherri Knapp is Emily in the Mid-Ohio Valley Players production of “And Then There Were None.” (Photo Provided)

MARIETTA — Murder is the game of the evening when the Mid-Ohio Valley Players presents Agatha Christie’s classic “And Then There Were None” this Friday for a two-weekend run at the theater at 229 Putnam St.

Ten strangers are summoned to a remote island. All that the guests have in common is a sordid past they’re unwilling to reveal and a secret that will seal their fate for each has been marked for murder. As the weather turns and the group is cut off from the mainland, the bloodbath begins and one by one they are brutally murdered in accordance with the lines of a sinister nursery rhyme.

John “Mack” McHale, director of the murder mystery, said he has a long-time love with Christie’s work, having directed “The Unexpected Guest” a few years back.

“This work is among Christie’s most famous, or is it ‘Murder on the Orient Express,'” McHale said.

The audience will find “a few surprises, a few laughs, and something unexpected as the body count piles up,” he said.

“When trouble starts on the island, when all the characters are expecting a holiday, Sir Lawrence uses his years of court experience and stature in society to take charge and lead the investigation into the murders,” Lowe said.

“I believe audiences will enjoy the twists and turn of what many consider to be the first “body count” story, a precursor to modern day horror movies in a lot of ways — an unknown killer, gruesome deaths, bodies accumulating as characters try to figure out what is going wrong, and — the classic trope — the “final girl.”

Mark Abicht, who plays Fred Narracott the Devonshire man who ferries the guests to the island, said Agatha Christie fans will love the show.

“Whether you have read Agatha Christie, or not, or are just a fan of murder mysteries in general, I think everybody will have a thrilling good time watching this show.”