A mobile stage has been delivered in Waverly between Corbitt Hill Road and Virginia Street for the Crossroads Open Air Sanctuary, the country’s second drive-in church. (Photo Provided)

This stage will hold singers and Rock Wilson, who will be delivering messages at the Crossroads Open Air Sanctuary. It is hoped to be open and ready by Easter Sunday, April 12. (Photo Provided) 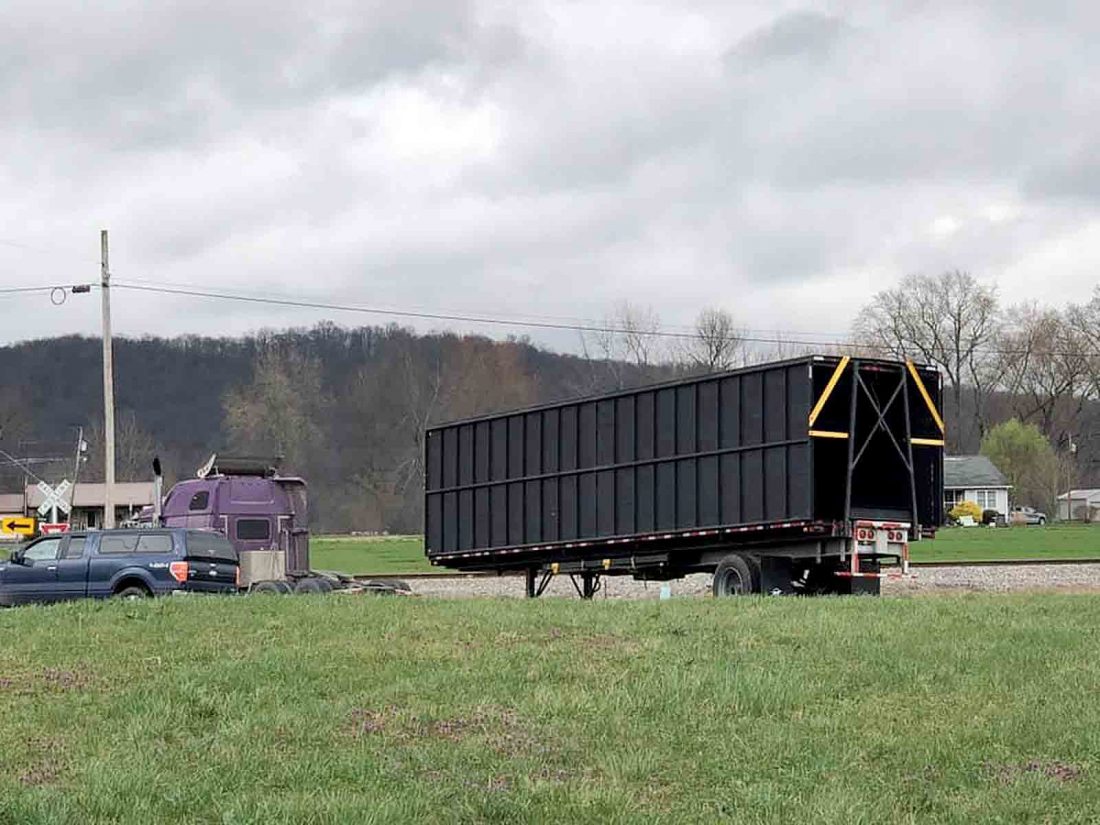 A mobile stage has been delivered in Waverly between Corbitt Hill Road and Virginia Street for the Crossroads Open Air Sanctuary, the country’s second drive-in church. (Photo Provided)

WAVERLY — For the past five years, Williamstown resident Rock Wilson has been working to bring an open-air, drive-in church to the community.

Similar to a drive-in move theater, Wilson got the idea for Crossroads Open Air Sanctuary after attending a drive-in church in Daytona Beach, Fla.

It was intended to open next year, but with a statewide Stay-at-Home order issued by West Virginia Gov. Jim Justice and churches canceling services to limit gatherings and exposure during the COVID-19 pandemic, Wilson felt now was as good a time as any to open up. The goal is to be ready by Easter Sunday, April 12.

The drive-in church will be the second of its kind in the country, Wilson said.

“A lot of people are turned off by the word ‘church.’ A sanctuary is a place of peace, a place of rest,” Wilson said. 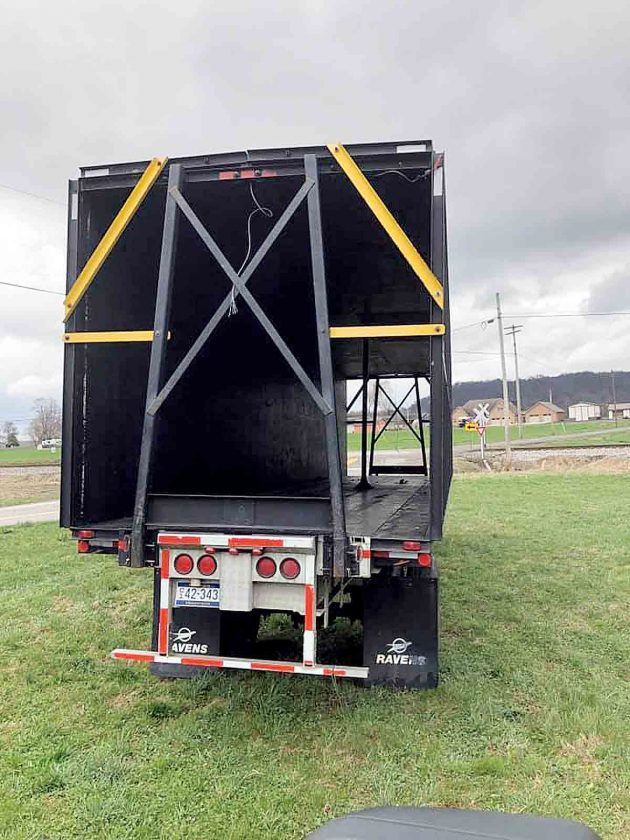 This stage will hold singers and Rock Wilson, who will be delivering messages at the Crossroads Open Air Sanctuary. It is hoped to be open and ready by Easter Sunday, April 12. (Photo Provided)

Some people aren’t comfortable with the traditional setting of church.

“People aren’t comfortable being in a church building. This takes all that fear away because you can just sit in your car,” Wilson said.

Concrete pads were installed Thursday, and a stage is also available that will house singers and Wilson, who will be conducting the lesson.

Later, Wilson is looking to add a concession stand for coffee and donuts so people have the option to interact with others if they wish.

Wilson considers this style of church as a stepping stone.

“I don’t intend to have this as people’s permanent church,” he said.

It’s designed to get people comfortable with the idea and they can then go to a congregation if they decide.

The Waverly site is situated on five acres between Virginia Street and Corbitt Hill Road in Waverly.

“I find God in the outdoors more than I do anywhere,” Wilson said. “People can roll their windows down and enjoy the warm summer winds.”

In the meantime, Wilson has a Facebook page titled Bible-Study Coffee with Jesus with installments airing at 9:30 a.m. Saturdays.

Some other local churches are adopting an outdoor, drive-in worship model during the pandemic.

“The drive-in thing was just absolutely wonderful,” said Marietta resident Mike McKenzie, a member of Fellowship Baptist for nearly 30 years. “It was just good to see everybody again.”

After checking with state and local health officials, the church put in place rules for the drive-in service that attendees must stay in their cars with windows rolled up and internal air circulating, Ferrari said. The music and sermon can be heard on radio station Praise FM 103.9 or livestreaming platforms on mobile devices.

Like many area churches, Fellowship has been using the Internet to share programming and worship activities with its congregation as people are advised to stay home and avoid gatherings to flatten the curve of climbing coronavirus cases. But that sometimes leaves an important element of worship out.

“You can watch online and write comments and so forth, but it’s just not the same as seeing other people’s faces,” Ferrari said.

The church will hold another drive-in service at 6 p.m. Sunday in its parking lot at 3300 Rosemar Road.

The 19th Street Church of God has a drive-in service planned for 10:30 a.m. Sunday as well in its parking lot at 505 19th St., Parkersburg. Pastor Jimmie Cox said families can stay in their cars and tune in on the radio to hear the worship and preaching presented from a stage/trailer.