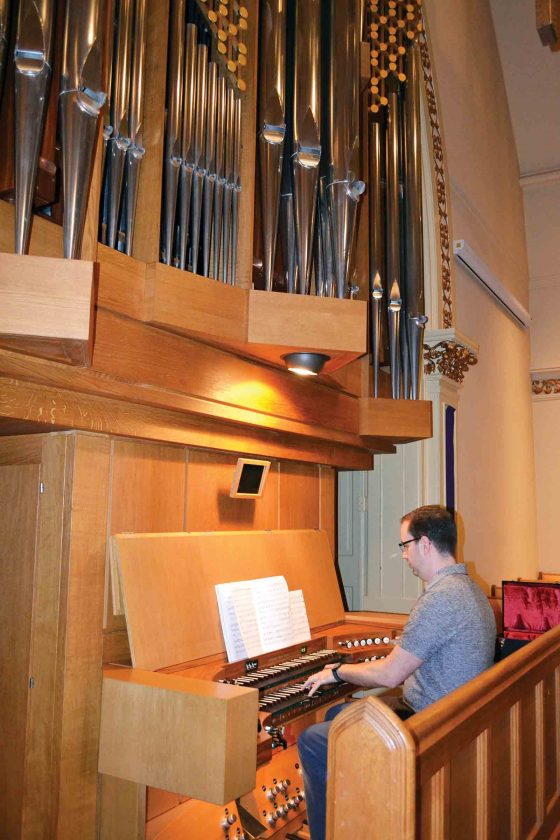 MARIETTA — Although there has been a shortage of church organists nationwide in recent years, local churches say for now they’re still able to fill those seats and fill their sancturies with live music.

USA Today reported that many churches face aging organists, but are trying to fill the shoes and the benches behind organ consoles with new and, preferably, younger players. But that’s not always easy — due to emptier pews at many churches, dwindling numbers of organ students at some colleges and growing interest in contemporary worship music.

A survey by the American Guild of Organists notes 58 percent of members surveyed reported serving 31 or more years as organist at a religious organization, and most of the members were in their mid-50s to mid-70s.

Christ United Methodist Church in Marietta recently went through a transition when Sarah Buchert retired about four years ago. When she retired, Steve Brown took over.

“He easily slid in when our prior organist retired,” said Beth Ann Weber, administrative assistant at the church. 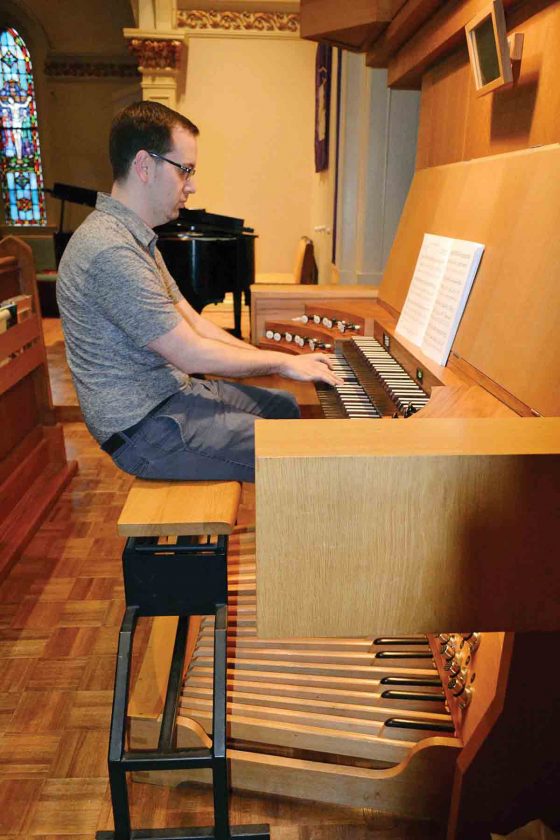 Brown said the church has a custom-built organ from Germany, which Buchert knew inside and out.

“It’s a pretty prominent thing when you first walk in,” he said. “Sarah Buchert had been there for 64 years as church organist, which was daunting.”

Buchert was there when the instrument was installed in the 1980s, and at the time, the church had two organists.

“One was employed at the early service, and the other at the later service every Sunday,” Brown said.

When the early service organist needed time off, Brown would fill in, and he was brought in more and more often. When Buchert retired, the pastor approached Brown and asked if he would play both services.

“Since I was already a regular attendee, it was a seamless transition,” he said.

The church had tried a praise band at one time, but it didn’t go over well.

“We thought we’d stick to traditional music, but I don’t think organs are going away,” he said. “But the numbers of people playing are going down.”

He noted that he plays organ at church every week and it’s something the congregation enjoys. The sounds can change from a traditional organ to flutes, trumpets and trombones, but people enjoy hearing the traditional church sound, Brown said.

“On Christmas and Easter, it’s more ‘how loud can you make it,'” he said with a laugh.

While some churches in Washington County, such as First Baptist Church in Marietta, have one regular organist who has been with the church for years, other churches have more than one available.

St. Luke’s Lutheran Church, for instance, has a primary organist in Jane Irvine, and a backup organist in their choir director, Candy Bandy.

“We do have an organist and a music director, so we have both,” said the Rev. David Smith of First Presbyterian Church of Marietta.

However, as church organists continue to age, it is only a matter of time before they retire or pass on and younger generations don’t seem to learn the skill in great numbers.

Sheila Tilton, a member of the Lowell Christian Church in 1975, said their organist, Jennie Farnsworth, has played at the church for “probably 35 or 40 years.”

She said it seems like divine intervention for their congregation, as when she first started at the church, they had an organist. When the organist passed, another lady in the church was ready to take over.

Farnsworth, who is in her 70s, was well-entrenched in the church, as her husband was a former pastor and her son played the organ and piano and led singing.

Tilton said the music brings a lot to services.

“We’ve tried canned music when Jennie wasn’t here, but it just wasn’t as good as her playing,” she said. “The timing and everything was off from what we were used to with the song books.”

She said if anything ever happened to Farnsworth, they might have to advertise for someone to replace her.

“She doesn’t get paid, so that’s her ministry,” Tilton explained. “Someone in the church might step up, as they don’t volunteer unless they are needed.”

Brown said he thinks playing the organ is an art form that isn’t as prominent as it used to be. If there isn’t someone at his church to play the organ, the music will be played a different way, such as the piano or handbells.

Tilton agreed. She said one of the reasons why people may find it hard to recruit organists or pianists is because it’s a dying talent.

“Kids don’t take music lessons like they used to,” she said. “People don’t play like we used to.”

“It seems to be a garden variety of things: children receiving less exposure to music due to the cutting of music programs in schools; declining church attendance; and cultural shifts which have seen the rise of more portable instruments such as guitars, drums and pianos,” the article notes. “Even in larger, urban markets, it can be difficult to find an organist who is the right ‘fit’ for a particular church’s music program.”

“You can’t really earn a living playing the organ,” he said.

Brown said he has a secondary job, but when people hear he plays the organ, they are interested in utilizing his talents.

The cost of the church having an organ is also a deterrent.

Marietta resident Randall Kidder is pianist at First Unitarian Universalist Society of Marietta. He said churches aren’t using organs as much anymore because of the cost.