WVU-P to host The Legacy Show 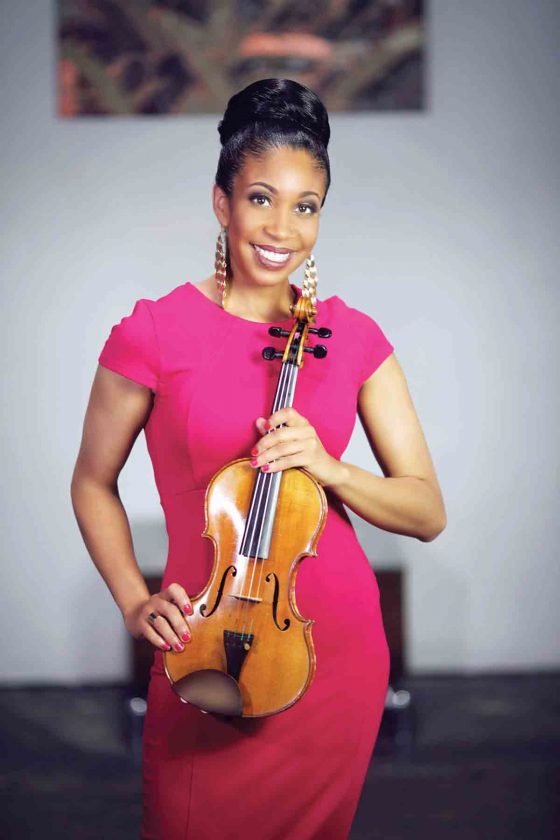 PARKERSBURG — The Legacy Show, a multimedia presentation about African-American composers, performers and influential players, will be presented by violinist Tami Lee Hughes, 6 p.m. Monday in the college theater at West Virginia University at Parkersburg.

The presentation, financed by the Diversity for Equity Grant provided by the West Virginia Higher Education Policy Commission, is free and open to the public.

Hughes will dedicate a part of the show to African-American women with a tribute to iconic female music artists. She will read poems and narratives written by Langston Hughes and Maya Angelou to introduce each musical piece during the show.

“It is enough that Dr. Tami Lee Hughes is a violin virtuoso of the highest order, but she is also a music historian who uses her talent to keep classical music by African-American composers alive and actively performed,” said Chris Gilmer, WVU-P president. “The Legacy Show is a multimedia event combining a lesson in American history with some of the finest violin music you are likely to hear anywhere. I know firsthand what I say because I have had the privilege of hearing her perform twice, and we are honored she included WVU Parkersburg on her very busy performance schedule.”

Hughes, a well-known performer, has recorded on projects with Grammy Award-winning Donnie McClurkin, Fred Hammond, Aretha Franklin and live with Smokey Robinson. She has toured the United States, Europe and Central America with the National Symphony Orchestra. Her solo album, “Legacy: Violin Music of African-American Composers,” was called ono of the top 10 albums of 2011 by audiences and critics alike.

This event is hosted by WVUP’s Opening Pathways to Equity Now Project.