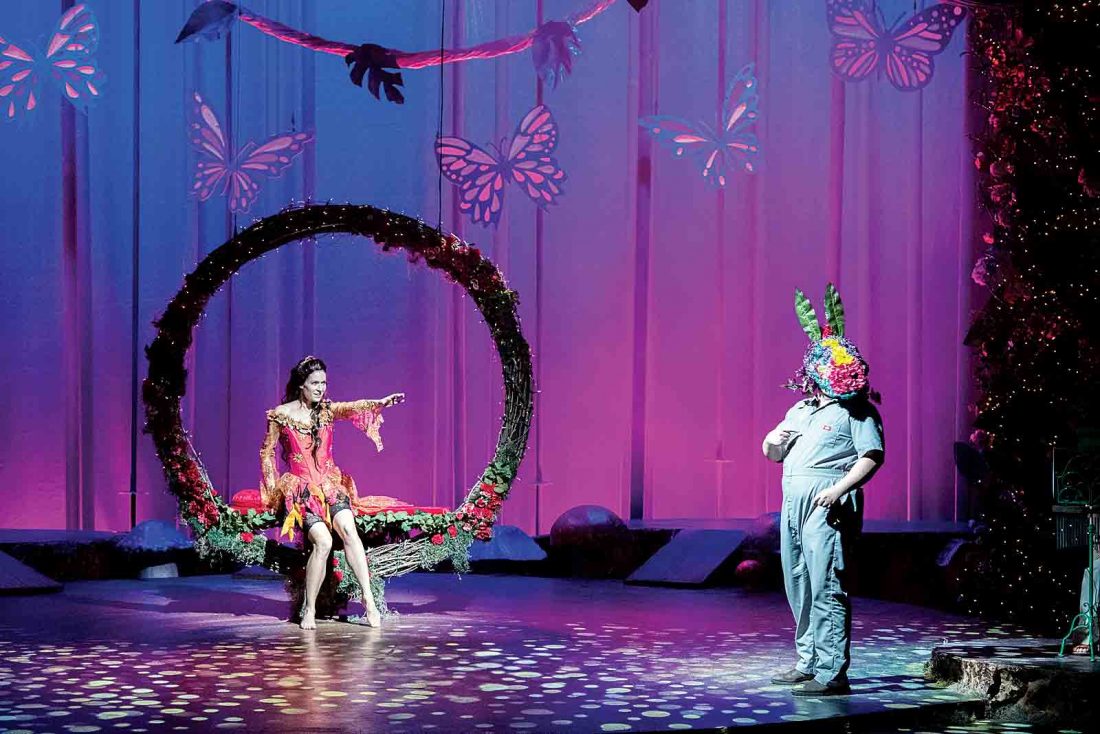 A scene from “Land of Dreams” on the stage at the University of Northern Colorado. (Photo Provided)

GREELEY, Colo. — Two Parkersburg natives worked together on a production that debuted on a Colorado stage.

Grapes premiered and directed “Land of Dreams” at the University of Northern Colorado, where he taught until retiring last year.

Grapes said he is marketing the production to other theaters across the United States through his licensing company Summerwind Productions (summerwindproductions.com).

Grapes describes “Land of Dreams” as a modern take on a classic comedy that transports audiences to an enchanted rain forest during Carnival. “Fairies live in trees and lines are blurred between fairies, musicians and a noble lord and lady,” Grapes writes. 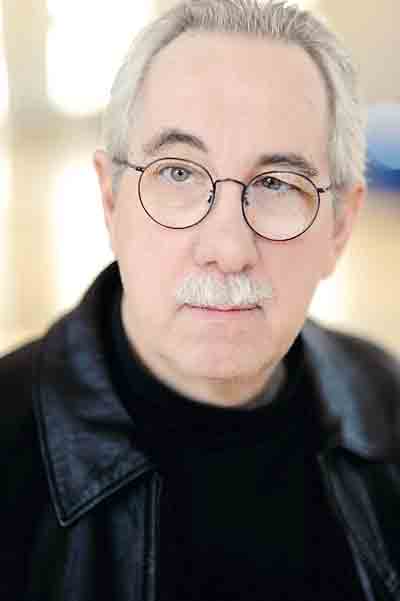 The storylines interweave four young lovers, a troupe of madcap auto mechanics turned actors and the “fantastic fairies,” he said.

“Land of Dreams” is an adaptation of William Shakespeare’s “A Midsummer Night’s Dream.”

“This adaptation reinvents the Bard’s classic in an interactive, accessible and contemporary way that showcases a scintillating Bossa infused score by Nashville songwriters Alan Miller and Danny Strimer,” Grapes said.

Grapes, who lives in Windsor, Colorado, believes “Land of Dreams” will please avid Shakespeare fans and those who might be experiencing Shakespeare for the first time.

John Gallagher, owner of Gallagher Music in Parkersburg, suggested to Strimer, who lives in Nashville, that he send his Bossa Nova songs to Grapes. Grapes liked what he heard and included Strimer’s songs in “Land of Dreams.”

Summerwind Productions licenses Grapes’ other shows “My Way,” “I Left My Heart,” “Babes in Hollywood,” “Christmas My Way,” “Dracula: The Case of the Silver Scream” and his numerous Shakespeare adaptations.

These shows have enjoyed over 500 productions worldwide, since Grapes began with “My Way” in 2001, he said.

Grapes, a graduate of Glenville State College, has curated the lobby display at the Shaw Festival of Canada for the past three summers.

He has started work on a new musical revue based on the holiday swing music of Tony Bennett.