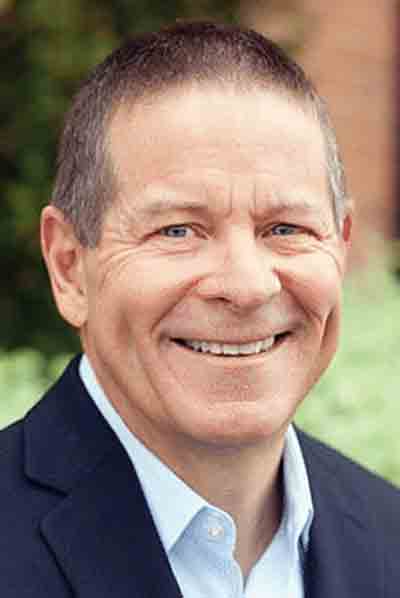 PARKERSBURG — A man who attended Parkersburg High School and went on to a successful business career, including most recently being the President and CEO of Children’s Miracle Network Hospitals, died recently in a biking accident.

Officials with the Children’s Miracle Network Hospitals announced Feb. 7 their President and CEO John Lauck died due to complications from a bicycling accident.

Parkersburg resident Luke Zyla remembers going to school with Lauck at VanDevender and Parkersburg High School. Lauck played trumpet in the band which is how they met.

“He was a good friend,” Zyla said. “I was shocked (when he heard of Lauck’s death).”

Lauck came to Parkersburg when his father was transferred here through his work at DuPont.

Zyla said he would regularly go to Lauck’s home in North Hills to hang out, play Ping-Pong and go camping.

Local resident Greg Garvin also recalls playing with Lauck and Zyla in a brass group in school. The two met in band at VanDevender Junior High and played together through junior high and two years at PHS before Lauck’s family moved away.

Garvin reconnected with Lauck on Facebook a couple of years ago and saw many posts about Lauck’s interest in bicycling.

Garvin said he sent a message to Lauck’s son on Facebook telling him that even back when they were younger he knew John would be successful.

“John was the kind of person you knew would do well in life,” he said.

Zyla too was not surprised by Lauck’s eventual success.

“He was so smart,” Zyla said. “He was an outstanding guy.”

Lauck was athletic participating in many biking events later in his life.

“He could do everything,” Zyla said of Lauck’s athletic abilities and doing well in school academically. “He was smart in math.”

Lauck was personable with everyone he met and always treated everyone with respect, Zyla said.

“He was never snooty and he hung out with the regular people,” Zyla said. “He was nice to everybody.

“You don’t run into many people like that in your life.”