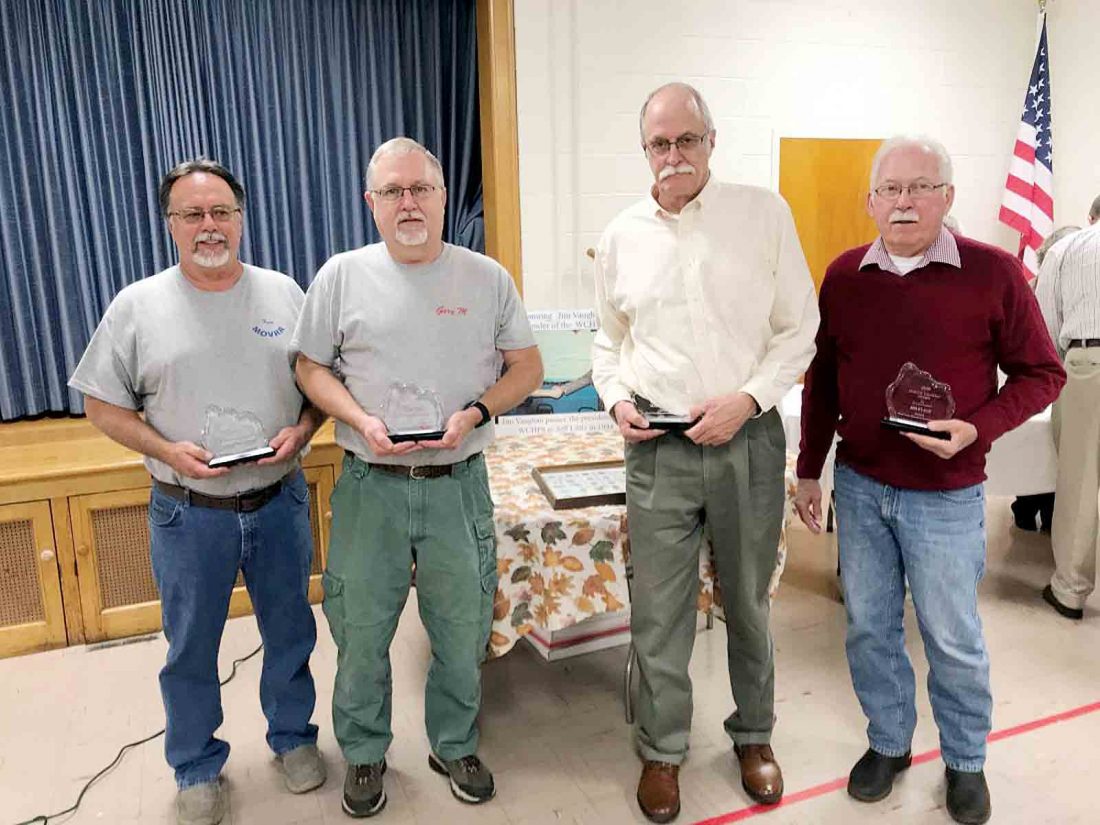 The preservation of Wood County history has been accomplished in various forms. People are recognized by the society each year for extraordinary efforts in this endeavor in the fields of Arts and Letters, Building Preservation and General Preservation of History. These awards are given in honor of James P. Vaughan, who until his death in 2001, worked tirelessly to preserve the history of Parkersburg, especially downtown buildings, and steer the City of Parkersburg toward greater preservation of the past.

Williamstown resident Jim Stage was honored in the Arts and Letters category for publishing two years ago “The Donaghho Story,” a book about A.P. Donaghho and his Parkersburg-based pottery company that helped put the city on the map for antique collectors. As is often the case, after publication more material was found to hopefully be shared in a second publication.

Wood County Administrator Marty Seufer, a Williamstown resident, was honored in the Building Preservation category for spearheading continuing efforts to restore the Wood County Courthoue. For years he has not only worked in the building but labored to restore detail to the structure that had been lost over its nearly 120-year history.

The term “digging” through the past or “digging” into the roots of our family tree is a term that would at one time or another, be applicable to most history-minded people.

The 2019 honorees in the field of General Preservation of History, using the name of Mid-Ohio Valley Relic Recovery, literally dig for past history. Using metal detectors, not only did they retrieve much early history from the yard of the Phelps-Tavenner house, but they have done the same throughout the Mid-Ohio Valley, all at no personal gain. For their work in retrieving history that might otherwise literally have been lost, Kenny Bungard and Gary McDonald were recognized.