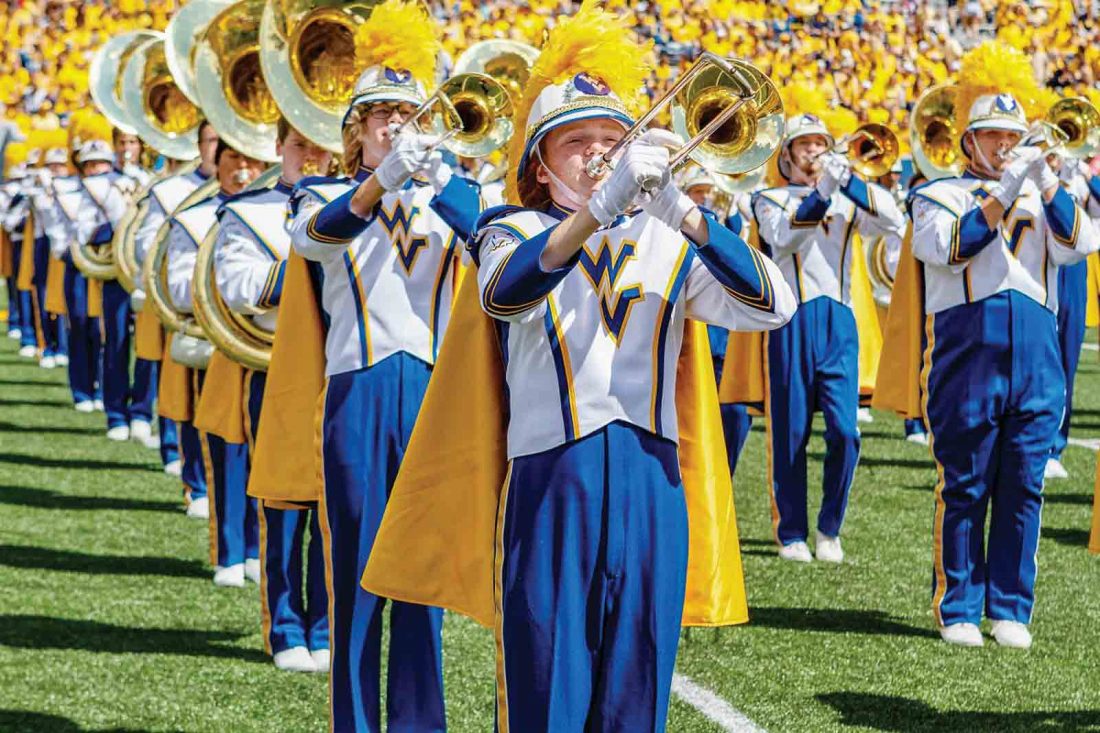 MORGANTOWN — An institution at West Virginia University for more than 100 years, the Mountaineer Marching Band will one day have a home of its own.

WVU and alumni are working together to pursue a practice facility for the 330-member West Virginia University Mountaineer Marching Band.

The practice facility is supported by the College of Creative Arts, WVU Athletics and the College of Physical Activity and Sport Sciences. It will be a much-needed upgrade for The Pride of West Virginia — its current practice space is a parking lot at WVU’s Coliseum, according to WVU Today. The new facility will be located on the Evansdale campus, replacing Hawley Field, the old home of WVU Baseball.

“The Mountaineer Marching Band has been an integral part of WVU’s character and pride, bringing their enthusiasm and love of West Virginia to every football game, basketball game and appearance around the state and country,” said Keith Jackson, dean of the College of Creative Arts. “One of the most recognizable icons of our land-grant institution, The Pride has long deserved a dedicated rehearsal space and we are excited to bring this project to life.”

The facility is currently in the planning stages, but initial designs include a football-field-sized turf field, a pavilion to protect users from the elements, lighting and sound systems, and climate-controlled storage for instruments and uniforms.

“A new facility will enhance the Pride of West Virginia in a number of ways,” said Scott Tobias, director of Bands. “A turf field will allow the band members to rehearse on the same surface on which they perform in Milan Puskar Stadium, while lights and a pavilion will help us avoid the loss of rehearsal time due to weather and early sunsets late in the fall. Climate-controlled storage will greatly extend the life of our instruments and uniforms.”

The facility will also be a valuable asset when it comes to recruiting future generations of band members, WVU Today said.

“One cannot underestimate the positive impact that a quality facility has on attracting prospective new students to our program,” Tobias said. “High school students visiting campus and observing our rehearsals will see a dedicated, hard-working ensemble being provided the tools and facilities needed to achieve and perform at a high level.”

When the band is not practicing, the facility will be open for use to WVU Athletics and the College of Physical Activity and Sport Sciences.

Initial fundraising for the facility begins today as part of WVU Day of Giving. WVU Alumni Band, a group that extends the marching band experience beyond college, is helping fundraise for the project and has committed to raising $500,000.

The group recently received the John F. Nicholas Jr. Award from the WVU Alumni Association. Every dollar up to $20,000 given to the practice facility during Day of Giving will be matched by a group of alumni.

“Fundraising for this project is vital to keep the timeline moving and get our Pride members the facility they deserve as quickly as possible,” Jackson said. “As we look to the future, we also look to the community and friends of the Mountaineer Marching Band for your continued support.”

To support the Pride of West Virginia Practice Facility, visit DayofGiving.wvu.edu on Nov. 13.