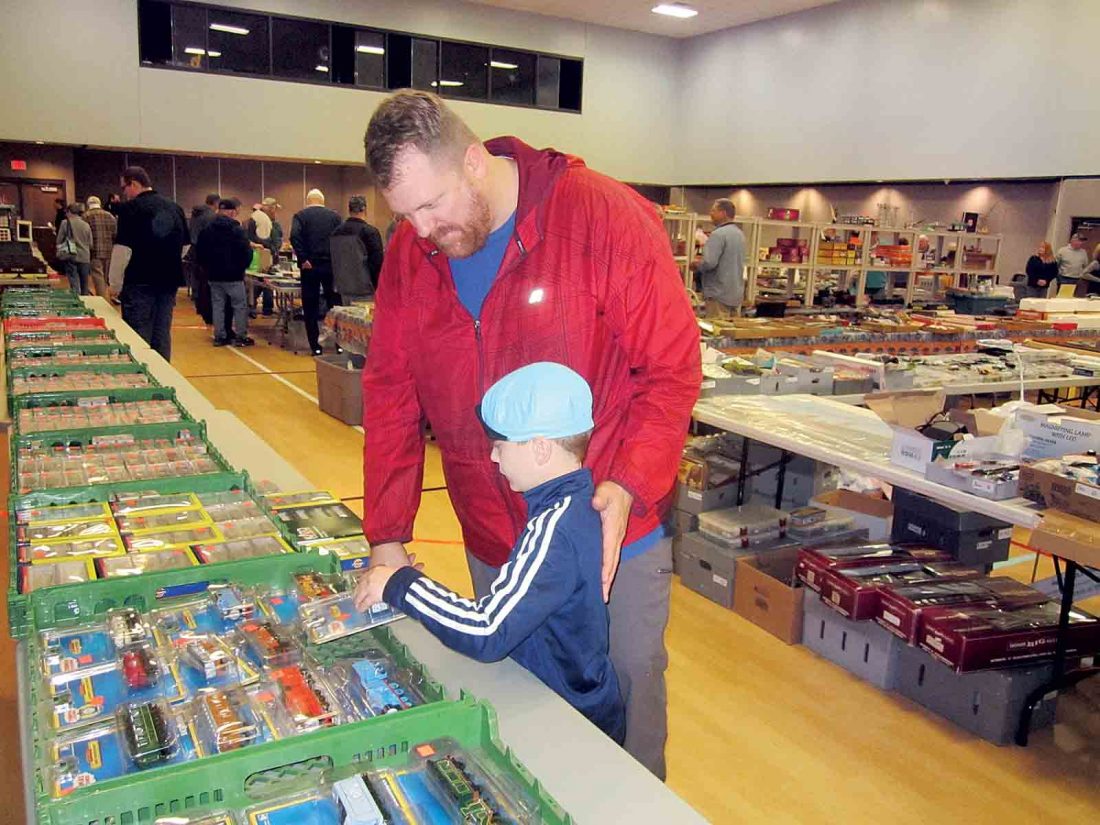 PARKERSBURG — At one time, Parkersburg was a bustling hub of activity for the Baltimore & Ohio Railroad.

With two passenger and freight stations in town — one on Sixth Street and one on Ann Street and other freight and maintenance facilities — the city was an important one to the railroad and many B&O “name trains” made regular stops.

That history is captured, in the form of operated model railroad layouts, and maintained in photo archives by the Mid-Ohio Valley Model Railroad Club in the rear basement of NOE Office Equipment at 610 Green St.

The club also pays homage to the Chessie System era of the 1970s and 1980s and current CSX operations.

The 67-member club, founded in 1981, will be sharing its knowledge of railroad history, and the hobby, during its annual Fall Train Show from 10 a.m.-3 p.m. Saturday at West Virginia University at Parkersburg’s student activities center on Route 47/Staunton Turnpike.

Serving as the major fundraiser for the club, the family-oriented show will feature about 90 vendor tables of new and vintage model railroading equipment in HO, N, O, S and G scales for sale and model train accessories, offered by dealers from three states.

The show will also feature several operating layouts in multiple scales, railroad memorabilia, toys, model kits, a bucket raffle and concessions by Chick-fil-A. General admission is $4 for the show with youths age 12 and under free.

Many model railroaders, old and new, gained their start in the hobby by receiving a train set as a Christmas or birthday gift. It is this magic the MOVMRC hopes to rekindle at its show, offering for sale complete train sets, add-on pieces to train sets and supplies with which to construct a new layout or enhance an existing layout, organizers said.

In addition to the Fall Train Show, the MOVMRC hosts a number of free events at its downtown location each year, including a Cabin Fever Breaker open house in February, a Spring Open House in May, a two-day Parkersburg Homecoming Open House in August and a Holiday Open House the first two Saturdays in December.

Funds generated from the Fall Train Show will be used by the club to maintain and improve its six large and permanent layouts and facilities at NOE as well as portable layouts in multiple scales.

Aside from the Fall Train Show and open houses, MOVMRC hosts a series of free model railroading workshops and clinics in the spring of each year to serve as an educational resource in the community. The club also routinely hosts free tours of its train layouts for groups from schools, Scout troops and other organizations.

Further information on the MOVMRC, and its events, is available on the club website: movmrc.org. The club meets the second Thursday of each month at 7 p.m. at the club facility and accepts new members.