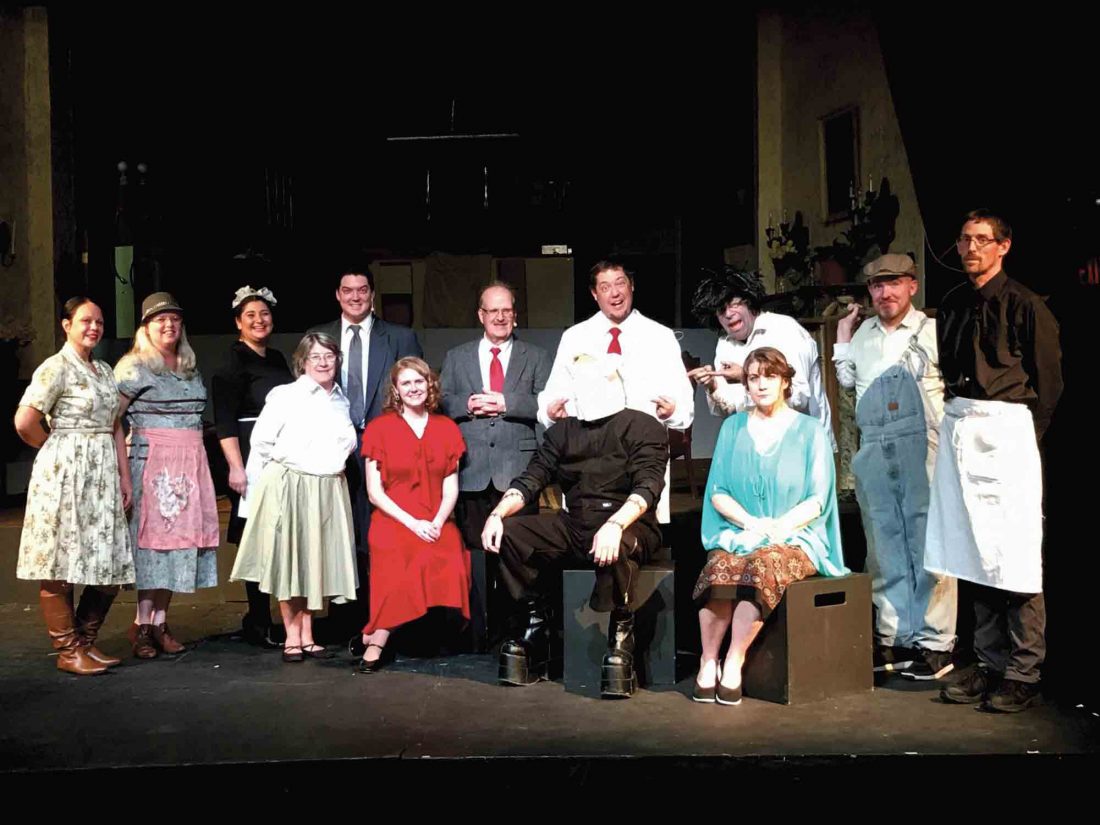 MARIETTA — For Halloween, the Mid-Ohio Valley Players is bringing an adaptation of Mary Shelley’s literary classic “Frankenstein” to life for the next two weekends.

“Frankenstein 1930” will be performed at 8 p.m. Friday and Saturday and 3 p.m. Sunday at Players Theatre at Third and Putnam streets in downtown Marietta. Additional shows will be held Oct. 24, 25 and 26 at 8 p.m.

It’s been two centuries years since Shelley published her novel, “Frankenstein, or The Modern Prometheus.” She began writing her novel when she was 18, publishing it two years later, at the urging of her husband-to-be, the poet Percy Shelley, and writer Lord Byron. It was to be a competition to see who could write the best horror story.

What Shelley created was a novel that set the stage for all “science fiction” to follow.

What made her story so different is that her central character makes a calculated decision to turn to scientific laboratory experiments to create a human life from parts of cadavers, but later becomes horrified by what he has done.

“I think it really becomes a struggle of conscience for him. You have a man who is so obsessed with his work that he quite literally abandons his home life in pursuit of it,” Paskewych said. “Once he succeeds, I believe he turns his eye to what he has actually done, seeing that in creating life he has damaged the lives of those closest to him.”

In the end he wrestles with the thought of being a God and being a man, and makes the decision that above all his duty as a man is the most important.

“We often mistakenly refer to Frankenstein as the monster. But that is not the case: Frankenstein is the scientist who creates the monster,” said David Grande, the director of the MOVP production.

Grande said the creature turns his despair and loneliness into hatred for all who were responsible for his creation.

The creature, who is almost child-like in its actions, kills those associated with Dr. Victor Frankenstein as a way of paying back the doctor for creating him.

“Throughout the show she is holding on to this future she has always thought would happen while trying to push away feelings and a seemingly better life with someone else,” Rake said.

Fred Carmichael’s play, “Frankenstein 1930,” pays homage to the movie of the time that starred Boris Karloff in the role of the creature.

In keeping true to the novel, Carmichael has subtly woven the theme of “loneliness” throughout the play as nearly every character suffers to some extent.

“There is something for everyone in this show,” Rake said. “A different take on a literary classic. A love triangle. Action. Horror. Blood. Brains. Tea. It’s perfect for the Halloween season.”