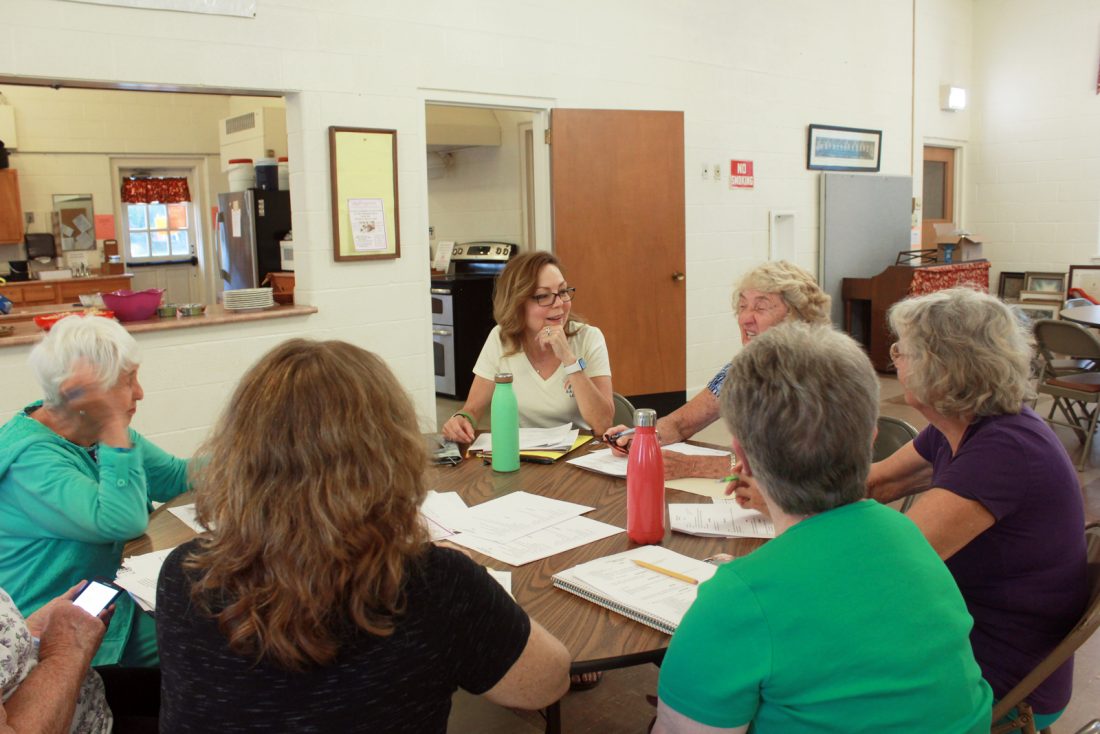 Members of the Episcopal Church Women group at St. Luke’s on Second Street in Marietta gather to plan the group’s September fundraiser, a Royale English Tea. (Photo by Janelle Patterson)

MARIETTA — The call to serve is generational for the women of St. Luke’s Episcopal Church in Marietta.

Cisler has served with the Episcopal Church Women for the last 15 years, carrying on the legacy with women of all ages in the congregation.

The group first was founded as the Female Association of St. Luke’s at the church’s beginning 186 years ago, in May 1833.

“Their original purpose was to raise funds to build a church and rectory. Later, the group was known as the Sewing Circle, as ladies met to sew items to sell to raise funds, as well as garments and other items to donate to the Washington County Children’s Home (circa 1859),” said church member Tracy Reifer, of Waverly.

Then during the Civil War, women of Marietta met at the church and organized the Soldier’s Relief Association.

“Over 2,000 garments and other items were made for the effort, and hundreds of cans and jars of fruit and other foods were supplied,” Reifer said.

And the changes in focus have met the needs of the time, both at home and abroad, gathering women of the church to serve.

“I was baptized into the church, as was my mother and my grandmother. Serving with these women is a part of my family history,” said Anne Etter, another member of the congregation.

“It’s not an exclusive club, it’s open to every woman of our church to come and serve, and we serve not just things focused to mission work. We want to meet the needs of our community.”

Following the Civil War, the Episcopal Church formed the Women’s Auxiliary which at the time, focused on supporting mission work, then added teaching home skills by the 1880s when a sewing school was created to coach an estimated 50 children each Saturday on how to sew.

“A lot of times people hear about church fundraisers and groups like ours and think that the money raised is only to pay for upgrades to that church, but much of the time that money goes back into the community,” said Etter. “We have over the years donated to local food pantries and Harvest of Hope, we’ve donated to the humane society–every December we meet to review how much we have fundraised and brainstorm where we can best help others.”

Now serving under the umbrella of the national Episcopal Church Women, the group has in recent years offered bazaars as its primary fall fundraiser, but this year the group is hosting a “Downton Abbey” themed English tea to raise philanthropic funds.

“There’s a new Downton Abbey movie coming out, and we’ve hosted a tea before that was popular so we thought we’d try something new to gather some interest,” said Reifer.

Tickets are $20 per person and can be purchased at the church office Monday through Friday between 9 a.m. and noon.