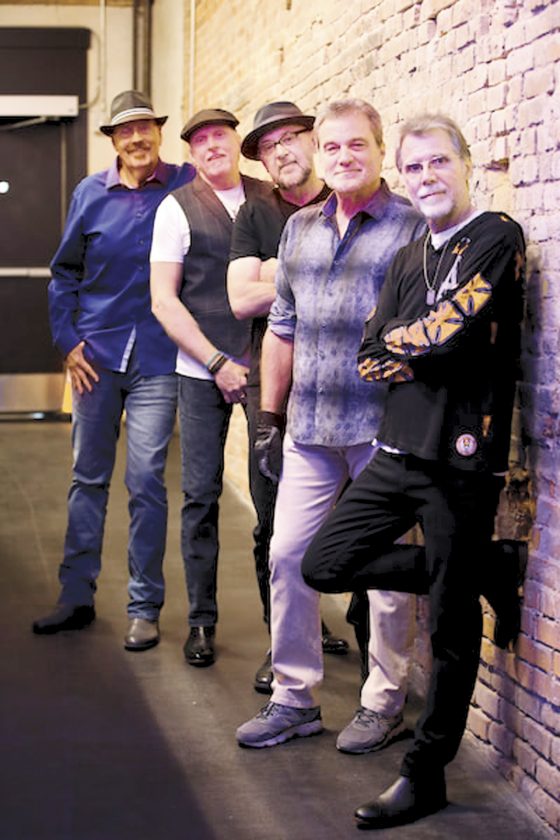 The show is sponsored by Red Carpet Entertainment and Warner Kia.

On Sept. 30, 1978, the band who had initially set out to play small clubs in Richmond, Ky., back in 1963, skyrocketed to world-wide fame with their multi-week chart-topper “Kiss You All Over.” The song made Billboard’s Year End Hot 100 Singles of 1978 (Top 5) and later placed in Billboard’s The 50 Sexiest Songs of All Time (Top 10) category.

The iconic song has been showcased in feature films such as “Happy Gilmore,” “Employee of the Month,” “Zookeeper,” “Wild Hogs,” and is played in its entirety at the end of the seventh episode of “Mindhunter” currently available as a Netflix original.

In the early 1980s, Exile began to focus on country music. During their run on the country charts Exile had 10 number one singles including “I Don’t Want To Be A Memory,” “Give Me One More Chance” and “She’s A Miracle.” The band wrote their own songs, played on all their recordings and also proved to be prolific songwriters composing hits for other artists such as Alabama, Restless Heart, Engelbert Humperdinck, Huey Lewis, Diamond Rio, Janie Fricke and many more.

During the country phase of their career, Exile received 11 nominations including Vocal Group of The Year and Best Instrumental Performance for the Country Music Association and Academy of Country Music awards.

The five original Exile members re-formed in 2008 with J.P. Pennington, Les Taylor, Sonny LeMaire, Marlon Hargis and Steve Goetzman. The Kentucky Music Hall of Fame members continue to perform on the 2018 No Limit Tour and have appeared over 100 times on the Grand Ole Opry.

The band has sold over 8 million records worldwide, with three Gold albums.