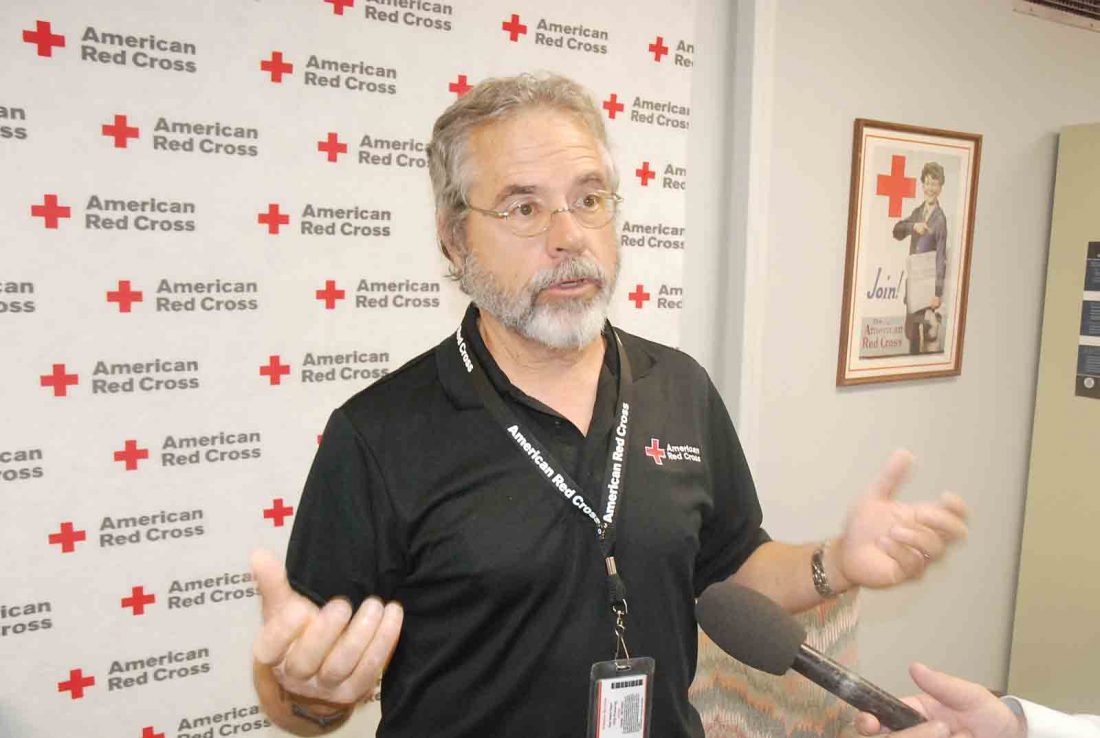 PARKERSBURG — Local Red Cross disaster services volunteers have and are being deployed to the southern United States in anticipation of Hurricane Dorian, officials said on Friday.

The volunteers are being deployed in Georgia and Florida and are leaving or have left for their assignments to be in place before the hurricane comes ashore and prevents traveling, said Sharon Kesselring, executive director of the American Red Cross for Northwestern West Virginia.

“If not, we have to wait until after landfall,” she said.

The National Weather Service said Hurricane Dorian became a Category 2 storm Thursday night and was expected to become a storm of Category 3 intensity Friday and today, possibly reaching Category 4 with 140 mph winds when it reaches the mainland Monday evening or Tuesday morning.

The weather service said Dorian was a “triple-threat of dangers” to Florida – life-threatening storm surges, devastating hurricane-force winds and heavy rains – and encouraged residents in Florida to “prepare now.”

The local Red Cross, at present, will have four volunteers deployed, Kesselring said.

Joyce Anderson and Jean Brothers have already been deployed, Kesselring said. Anderson has been sent to Florida and Brothers to Georgia.

Chip and Jan Pickering prepared Friday afternoon for deployment in Florida and were expected to leave no later than today.

“We’re taking everything that we need to sustain ourselves, because we don’t know what we’re going to see,” said Chip Pickering, an experienced volunteer who was deployed last year to assist with Hurricane Florence.

The Pickerings will be staying in a shelter in the Orlando area right alongside people who have been displaced from their homes, with or without electricity and running water.

“Really it’s so busy that you don’t have much of a chance to emotionally process,” Chip Pickering said.

The Red Cross is moving volunteers and materials into place so they can be allocated to the areas they’re needed most.

“It is totally unscripted as to what will actually happen, but it all happens smoothly because we’re trained for that,” he said.

A fifth West Virginian, not in the Northwestern Region, also has been deployed, Kesselring said.

Todd Wines, disaster program manager for the Northwestern Region, said the Red Cross is always looking for volunteers and people can sign up to join the ranks at redcrosswv.org. Depending on the severity of Dorian’s impact, they could even be trained and deployed to help with the aftermath of the approaching storm, he said.