The cast of the “The Curious Savage” gathers onstage. The play opens Friday. (Photo courtesy of Kim Smrek) 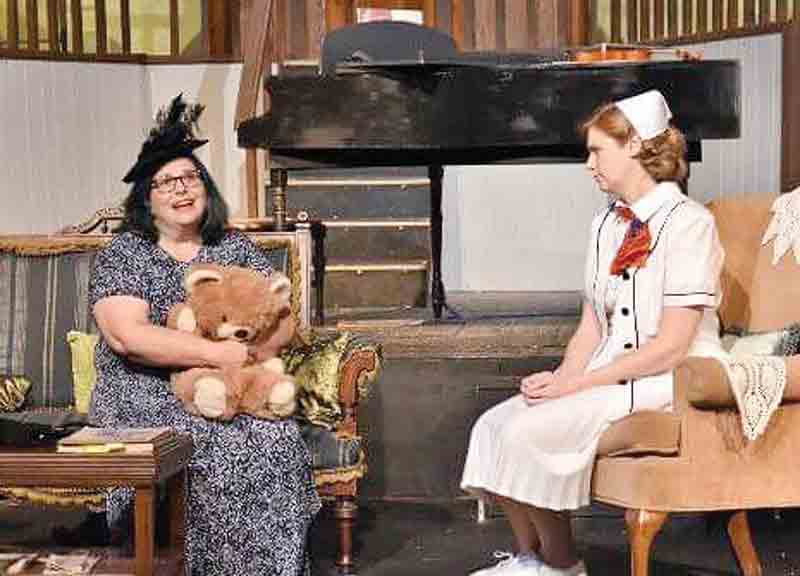 MARIETTA – The Mid Ohio Valley Players will open their 60th season at 8 p.m. Friday with a family favorite, “The Curious Savage.”

In this heartwarming comedy, Mrs. Savage has been left $10 million by her husband and wants to make the best use of it by helping others. Her stepchildren commit her to The Cloisters, a sanatorium, hoping to “bring her to her senses.” In the sanatorium Mrs. Savage meets various social misfits, who through their simple belief in the justice of her cause, enable Mrs. Savage to carry out her plans to establish a fund to help others realize their hopes and dreams.

Amber Smrek, last seen as Abigail in “The Crucible,” is making her directorial debut at MOVP. A 2015 graduate of Marietta College, with a degree in theater, she has gathered a seasoned cast to kick off this 60th season.

“I’m so proud of my cast,” she said. “They have brought to life this wonderful group of misfits. They will have you laughing and shedding a few tears.” 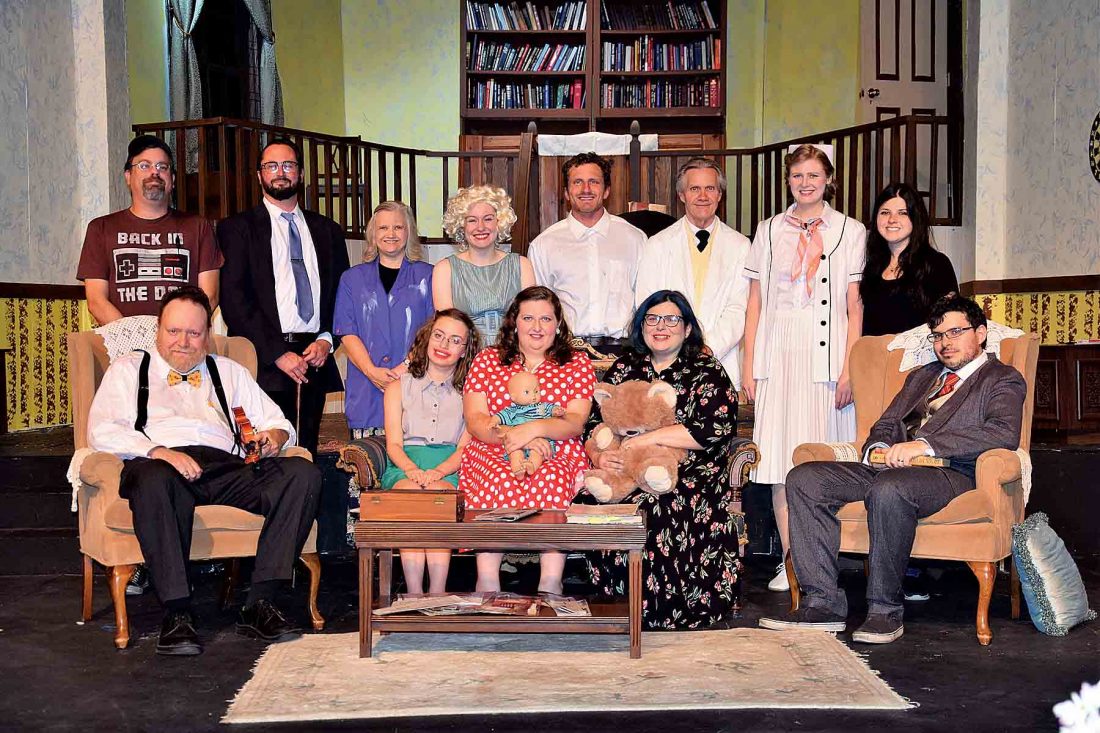 The cast of the “The Curious Savage” gathers onstage. The play opens Friday. (Photo courtesy of Kim Smrek)

“I can’t imagine a better show to start off the season. It is family friendly and the perfect cultural complement to both the fair weekend and (Ohio River) Sternwheel (Festival),” she explained.

The cast of “The Curious Savage” includes a variety of MOVP seasoned actors and some relative newcomers. The cast also features Jeff Walker as Hannibal, Becca Buck as Florence, Rachel Gaston as Fairy Mae, Nathanial Maciag as Jeff and Sherri Knapp as Mrs. Paddy. David Scheimann, Morgan Scritchfield, and Sam Kinker personify greed and selfishness as Titus, Lily Belle and Samuel, Mrs. Savage’s stepchildren. The cast is rounded out by Kevin Knapp as Dr. Emmett and Vanessa Rake as Miss Willie, their nurse.

The Mid Ohio Valley Players are excited to kick off their 60th season as they plan to make it a year of growth and rejuvenation for the theatre. Plans are in place to begin restoration of the historic Players Theatre.

“Our first priority is a new roof,” reported Mack McHale, facilities director and MOVP Board member. “Once it is in place we will be able to begin the much-needed repair and painting of interior walls.”

Through a grant from the Marietta Community Foundation, roof repair is finally on the horizon. The organization is working to secure the matching funds required for the grant so that the roof can be put on before fall rains begin.

The Mid Ohio Valley Players Theatre is the oldest continually operating community theater in the area that is completely volunteer run and operated.

It’s not too late to purchase season tickets. They are available online at movp.org. Individual tickets to “The Curious Savage” can also be purchased online, at the MOVP Box Office, Players Theatre, 229 Putnam St., Marietta, two hours prior to each performance or at Marty’s Print Shop on Third Street.