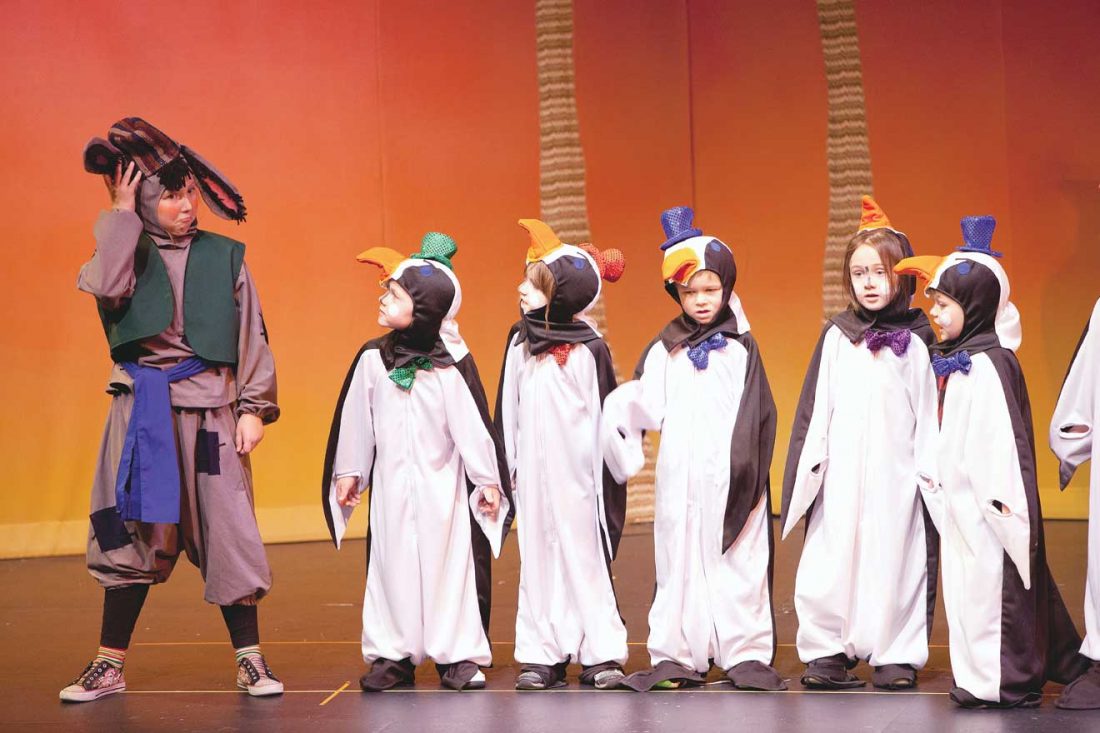 Photo Provided The Missoula Children’s Theatre will hold auditions 10 a.m.-noon Monday for the local youth production of “Aladdin” on July 27 at the Peoples Bank Theatre in Marietta. From 50-60 kids in grades 1-12 will be cast, although not all who audition will be cast in the show, which will be presented 3 p.m. and 5:30 p.m. July 27 at the theater on Putnam Street.

MARIETTA — Auditions for the Missoula Children’s Theatre local youth production of “Aladdin” will be held 10 a.m.-noon Monday at the Peoples Bank Theatre on Putnam Street in Marietta.

Auditions will be for students entering 1st grade through 12th grade. Plans are to cast 50-60 local students, but there is no guarantee everyone who auditions will be cast in the play.

Students who will audition must arrive by the scheduled starting time and stay for the entire two-hour session. Because of time constraints, late comers and anyone missing the initial audition may not be considered.

Among the roles to be cast are Aladdin and his mother, the Princess Dory and her father the Sultan, the sultan’s adviser the Grand Vizier, the keeper of the Book of Answers, Dinazade and her sister Scheherazade, the Mysterious One, mischievous Genies, stubborn Donkey, a spunky Goat, scheming Cassim, Ali Baba, Sinbad and his Sailors, wise-cracking Palm Trees and fleet-footed Camels, a Cave of Wonders, Vagabonds and a pack of lost Penguins.

Advance preparation is unnecessary. Assistant directors will also be cast to aid in rehearsals throughout the week and to take on essential backstage responsibilities.

Participation in the production is free.

The first rehearsal will begin 15-30 minutes after the audition. Most students in the production will rehearse 10 a.m.-2:30 p.m. daily Tuesday through Friday. Although not all cast members will be needed at every session, those auditioning must have a clear schedule for the entire week and if selected, be able to attend all rehearsals required for their role. A detailed rehearsal schedule will be distributed at the conclusion of the audition.

Cast members scheduled for the full four hours of rehearsal will be asked to bring a sack lunch or snack.

Tickets for the performance are $12 for adults and $8 for youth 17 and younger. Admission proceeds support this program.

Tickets are available online at peoplesbanktheatre.com, by calling the box office at 740-371-5152, or the box office with walk-up hours 10 a.m.-6 p.m. Monday through Saturday.

The Missoula Children’s Theatre is a non-profit organization based in Missoula, Mont.