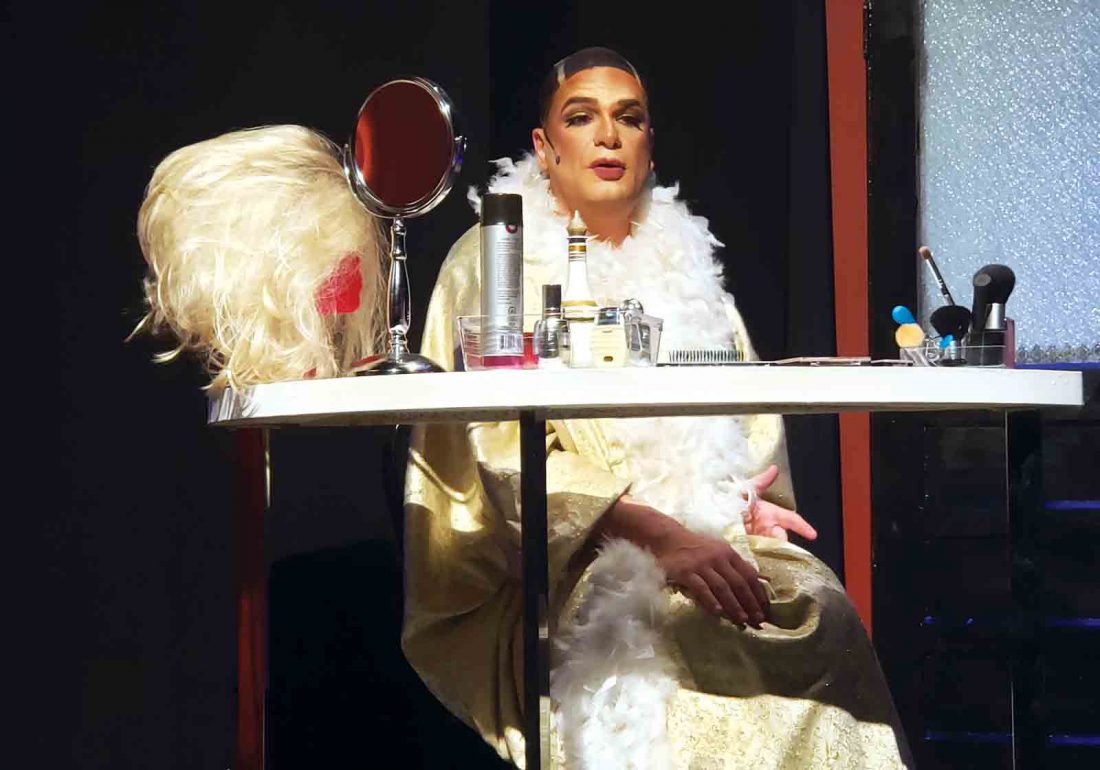 Based on the 1973 French play and 1978 film of the same name, “La Cage Aux Folles” tells the story of Georges (Chris Parsons) and Albin (Joe Reeves), two partnered men who run a drag nightclub in St. Tropez along the French Riviera. Albin is the star performer at La Cage Aux Folles, appearing nightly as his alter ego, Zaza. Georges’ son Jean-Michel (Seth Fearnow), who is the product of a one-night-stand with a woman, shows up one day to announce his engagement to Anne (Cassie Cline). Complicating the engagement is that Anne’s parents (George Litman and Lori Ullmann) are bigoted, ultra-conservative members of the Tradition, Family, and Morality Party and are on a campaign to permanently shut down nightclubs like La Cage Aux Folles.

Jean-Michel has invited Anne’s parents to St. Tropez to meet his “parents” and insists that his father invite his birth mother, whom he has not seen in almost 20 years. Add into the mix Jacob (Hector Velez), the butler who insists he’s a maid; Francis (Bob Francis), the hapless Stage Manager who can’t seem to control his cast; the dangerous and notorious Cagelles (Garrett Honse, Gavin Honse, Devon Martin, Sam Miser, Shawn Price, and Sydney Reynolds) who appear nightly onstage with Zaza; Jacqueline (Alexis Parsons), the pushy restaurateur who wants her moment in the spotlight; Jean-Michel’s ex-girlfriends (Haley Matthews and Adeline Smith) who are vying for his attention; the nosy neighbors Tabarro (Jay Raber) and the Renauds (Veronica Fields and Danny Bayer), and you end up with a hilarious and touching story.