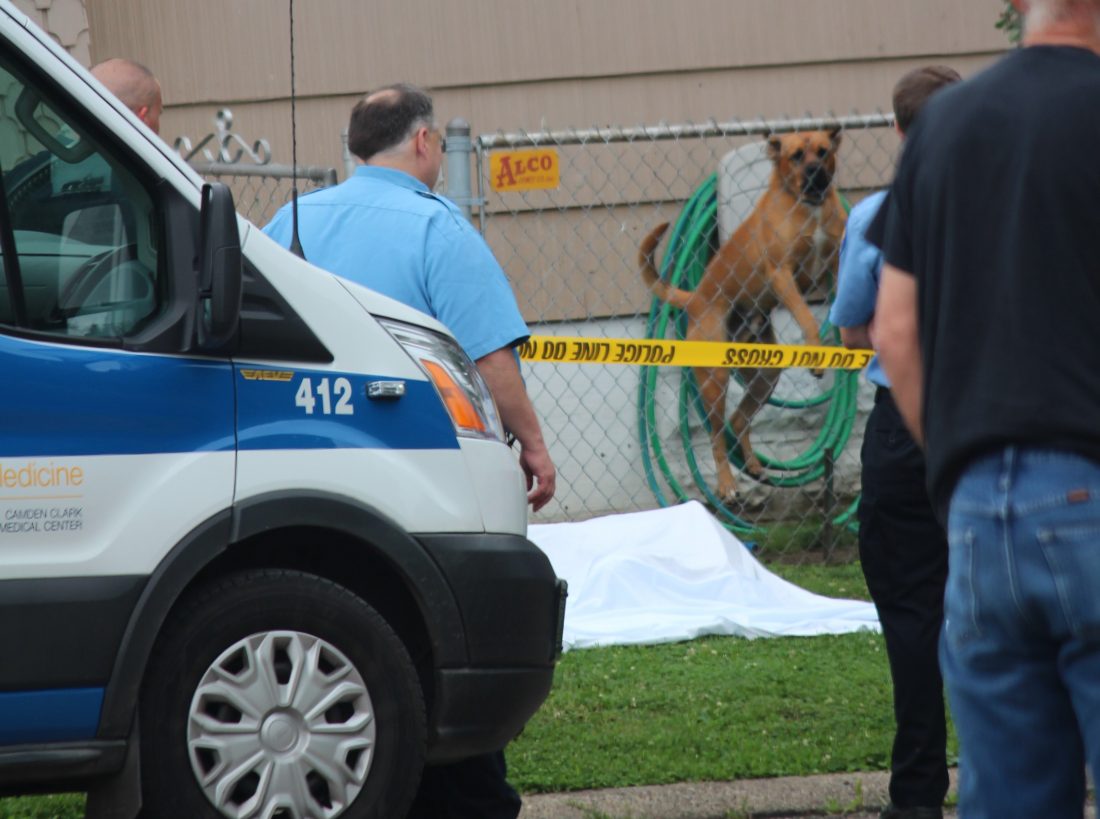 Photo by Michael Erb Parkersburg Police are investigating a reported fatal stabbing at the corner of Avery and 30th streets in Parkersburg. First responders received a call of a bleeding man lying in a yard early this afternoon, and EMTs reported "multiple stab wounds" and called for law enforcement. Responders were initially kept back from the scene by two dogs in a fenced-in back yard that responded aggressively to anyone stepping on the property. The scene is still under investigation.

Parkersburg Police are investigating a stabbing fatality in the 2900 block of Avery Street. The bleeding man was discovered shortly after noon.

Read the Story in The News and Sentinel on Wednesday.