Photo by Chad Adkins The 2019 Junior Police Academy cadets learn to march and salute at the Ritchie County 4-H Camp.

Photo by Chad Adkins Along with scuba diving and a trip to the gun range, there are plenty of push-ups on the cadets’ regimen at the Junior Police Academy. 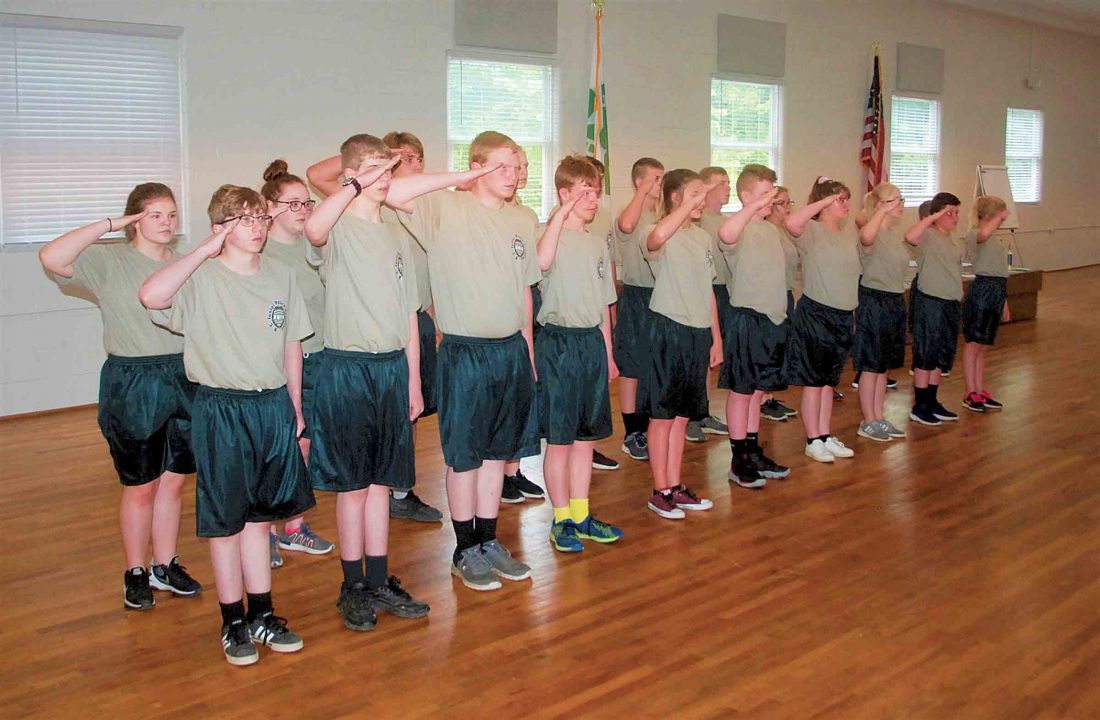 Photo by Chad Adkins The 2019 Junior Police Academy cadets learn to march and salute at the Ritchie County 4-H Camp.

HARRISVILLE — Unlike most children during the summer, 21 youth awake at the break of dawn at the Ritchie County 4-H Camp on Monday to be taught respect, become structured and have fun.

For the last 18 years, Major Bryan Davis of the Ritchie County Sheriff’s Office has taught the values his organization believes will make future mentors and leaders of the county at the Junior Police Academy.

After waking up at 6:30 a.m. on their first full day, the participants from 11- to 17-years old took safety classes about activities they would be doing later. Cpl. Todd Jackson of the sheriff’s office said some cadets may never again have an opportunity to learn scuba diving and shoot, let alone find the attributes required to become successful individuals.

“Some of these kids don’t have any structure in their lives,” he said. “We have structure, but we have fun, too.”

Some of the cadets are struggling and need attention, Davis said. 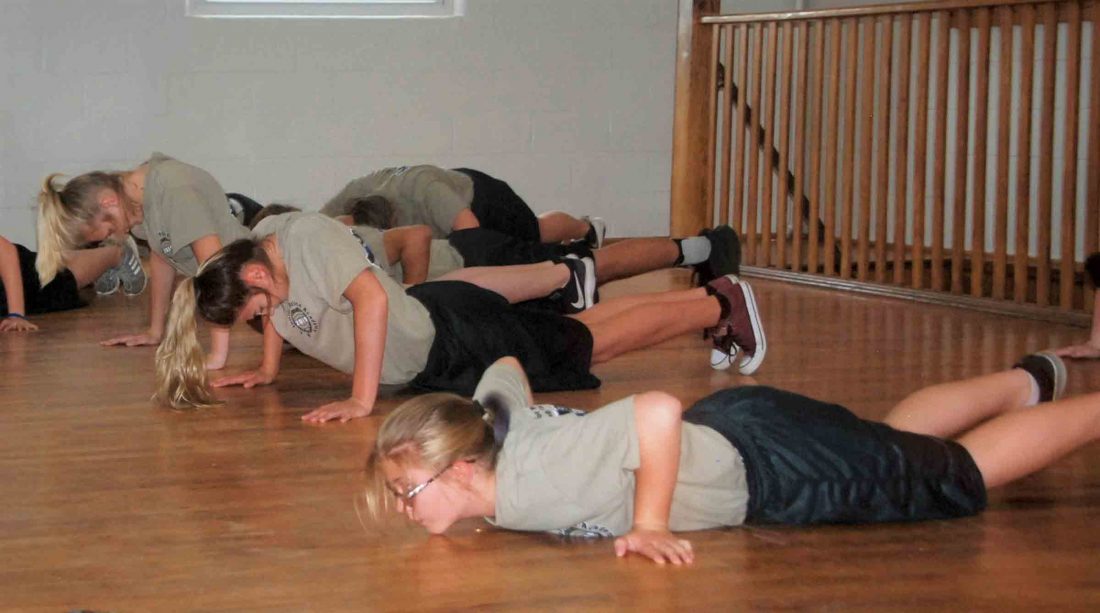 Photo by Chad Adkins Along with scuba diving and a trip to the gun range, there are plenty of push-ups on the cadets’ regimen at the Junior Police Academy.

“This is something to keep them out of trouble,” he said.

The camp, which started on Sunday evening and ended Thursday, began in 2001 as a day camp at Ritchie County High School. By 2004, the camp moved to the 4-H grounds as an overnight academy.

It hasn’t looked back since, Davis said.

“We teach core values, discipline, respect for elders and hard work,” he said.

The camp is modeled after training at the State Police Academy and teaches the children structure while learning how to march, do physical training and participate in activities meant to improve their self worth, Davis said.

Abby Moore, 17, said she enjoyed having her week planned and is attending her fourth year at the academy.

“I enjoy the structure, sir,” she said. “(The academy) teaches you to show respect.”

Moore said she knew most of the people attending the class from school and enjoyed the relationship they have built together.

“It really does bring you closer to people,” she said.

Dylan Templeton, 17, who recently moved to Ritchie County from St. Marys, said the instructors tried to make friends with him when he arrived Sunday evening.

“Being the only one from St. Marys, they kind of singled me out,” he said.

But Templeton said he was glad for the experience as it shed light upon his future.

“I want to join the military and this gives me a little taste of what basic training will be like,” he said.

But all the training at the Junior Police Academy isn’t designed to break the cadets down. Jackson said the cadets will be traveling to Fayette County today to have fun and learn they can accomplish anything.

“We’re going to Fayetteville and will be doing white water rafting, zip lining and rappelling,” he said.

Davis said a lot of the kids have no idea that they can accomplish activities like these, which helps them realize their potential.

“Even here at the camp we play softball and wiffle ball and some kids say they have never played them,” Davis said. “Then they figure out that ‘Hey, I can do this.'”

He said after the camp, the kid’s perception of law enforcement changes, helping the sheriff’s office reach even more people that need help.

“It makes our prevention resource officer (at Ritchie County Middle and High School) more approachable. (A graduate of the academy) can let another student that may not trust the officer, know that he is there to help,” Davis said.

Regardless of where the graduating cadets end up, they will have one thing in common, Davis said.

“They are all leaders when they leave here,” he said.

Chad Adkins can be contacted at cadkins@newsandsentinel.com.