Photo by Janelle Patterson Anita Vaughan holds the paid in advance ticket which patrons of Belair’s Bistro in Belpre can buy anonymously to purchase a bowl of soup and a grilled cheese for anyone in need. 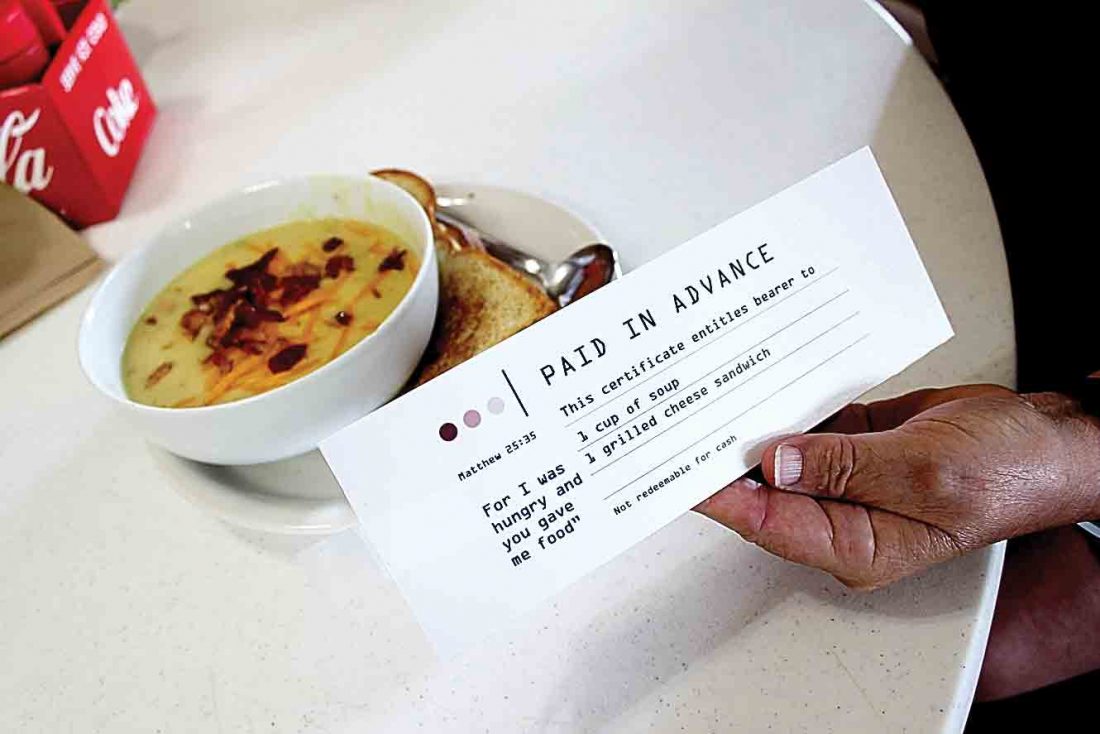 Photo by Janelle Patterson Anita Vaughan holds the paid in advance ticket which patrons of Belair’s Bistro in Belpre can buy anonymously to purchase a bowl of soup and a grilled cheese for anyone in need.

BELPRE –Who is my neighbor?

Anita Vaughan’s answer to that question is anyone, any passerby, any homebound, and any child in need.

“But the point isn’t just helping, but helping with dignity,” said the 63-year-old, grandmother who coordinates Love in Action through Belpre Church of Christ.

That mission guides not only the church’s outreach with food pantry nights on Thursdays, summer lunches for children in need and commodity distribution to the elderly for the Southeast Ohio Foodbank, but most recently it’s grown to a partnership with Belair’s Bistro on Washington Boulevard.

There for $5 any patron can pay it forward, anonymously purchasing a hearty grilled cheese and a large bowl of soup for anyone in need. 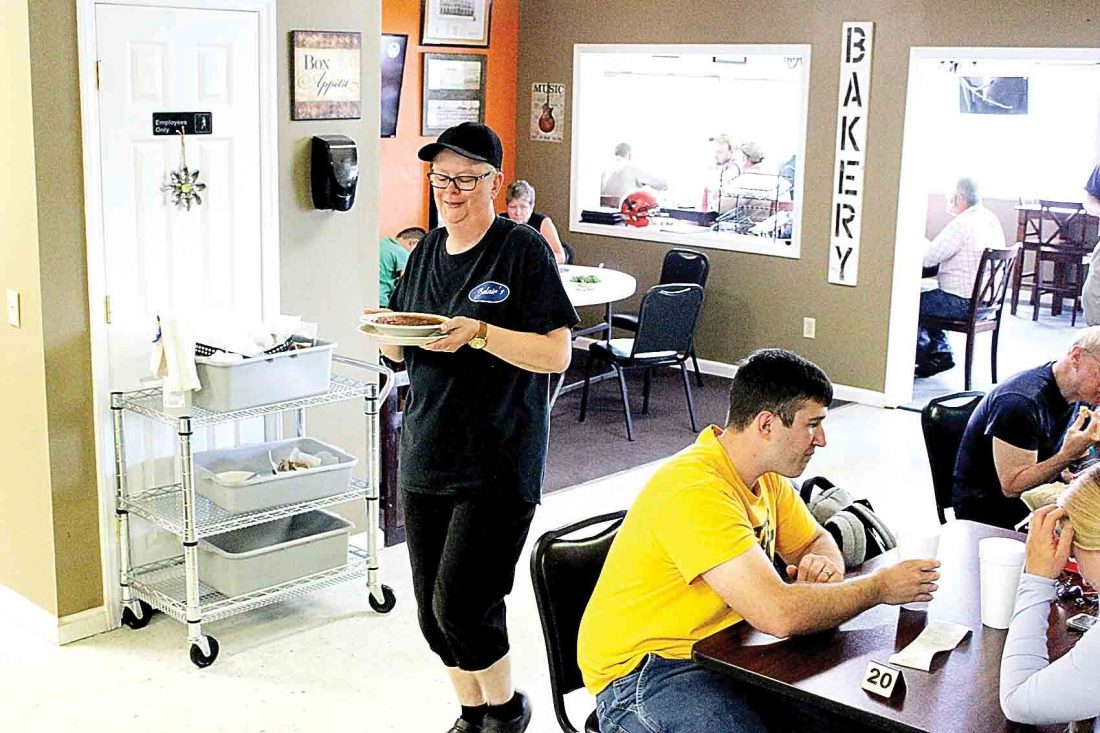 It’s an idea most commonly seen at pizza joints in large urban cities and some coffee shops along the East Coast.

“But when your community’s elderly are picking between their medications and paying for food, how can you not answer God’s calling,” said Cook Jess Griffith, 36, of Belpre. “God’s given each of us special gifts, mine is to cook, and we care about our community and about our people.”

That mission has one patron now volunteering at the bistro clearing tables after its blessing touched her own heart.

“I’ve been to the point getting lunch here where I’m counting out pennies,” described Lois Holder, 75, of Belpre. “But then the servers here saw me and said put my money away, my lunch was covered. That about brought me to tears.”

The idea grew out of Vaughan’s Facebook feed, and a comment from the bistro’s owner Denise Belair.

“I shared the idea I saw from a place in Texas, where you can pay for a meal, and Denise commented back to me,” said Vaughan. “Then last week we decided to run with it, and I printed out the flyers and got them laminated at the church.”

She kicked off the meals with $40 to pay for eight soups and sandwiches.

“But then the idea really was a groundswell,” she said.

Now Belair has reached out to the area’s senior center to encourage its members to come in, knowing they won’t be turned away for an inability to pay.

“We even had feedback about where to keep the tickets so that it’s more discreet if you’re in need,” said the classically trained chef.

Next, said Vaughan, is to get area ministries in Belpre to join in on the mission and send anyone asking for help with food to the doors of the bistro.

“We have 13 local churches in the Belpre Area Ministries, and we work together on many things,” she said. “And many times our staffs will get someone passing through asking where they could get a hot meal. We can all send them here.”

For Beverly Watson, of Parkersburg, getting to serve both food and kindness is how she answers the question above.

“Everyone’s my neighbor, I like to get to know people and make their day maybe a little brighter,” she said while taking food out from the kitchen to patrons Tuesday.

To purchase a meal on hold, add the ticket to your order at the register for $5.